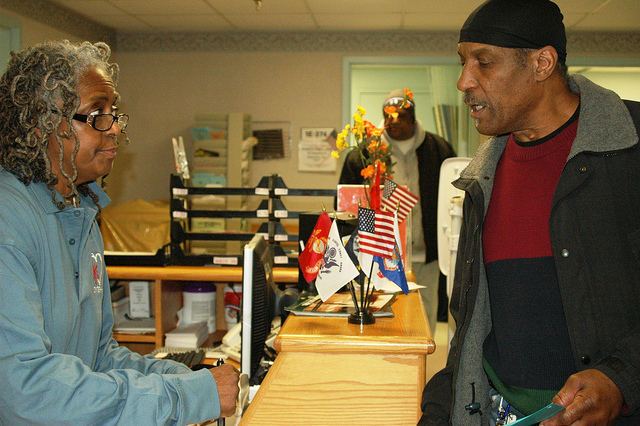 The Stand Down was an opportunity for my fellow Veterans of all eras facing homelessness to have easy access to the Department of Veterans Affairs programs and services for a full day.  VA’s intense campaign to end Veteran homelessness in five years has broad support at the Federal, state and local levels in both the public and private sectors.  Since 2008, the number of homeless Veterans on a typical night dropped 18 percent every year, from 131,000 in 2008 to 107,000 in 2009 with another large drop expected in January 2011.

As part of the 15th annual Winterhaven Homeless Stand Down, the VA CFBNP staff achieved their objective by joining other volunteers, providing numerous resources to the Veterans while focusing on ending homelessness among veterans within the next five years.  Many homeless Veterans provided the following reaction to the volunteers: “Thank you for everything and for this Stand Down; we needed these services.”

If you have any questions or comments about this information, please email VAPartnerships@va.gov. 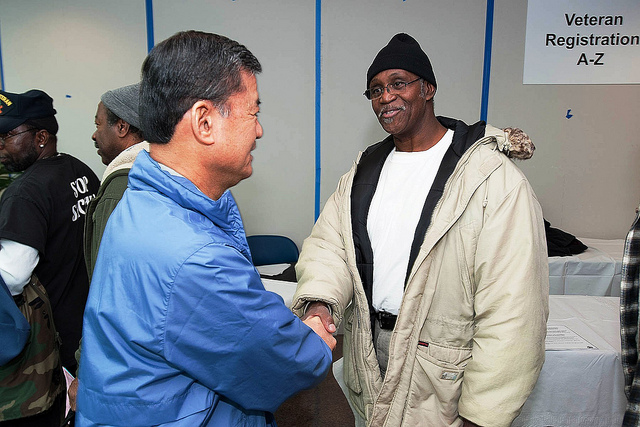 On January 22, 2011, Secretary Shinseki greeted and met some of the more than 400 metropolitan area homeless Veterans at the VA medical center's annual Winterhaven Homeless Stand Down in Washington, DC. Winterhaven is a one-stop outreach event that brings together community agencies and volunteers from the DC metropolitan area to provide homeless Veterans with a full day of services including medical screenings and mental health consultations, employment and housing support, along with many other services.

Stephen B. Dillard is the Deputy Director of the Center for Faith-based and Neighborhood Partnerships at the U.S. Department of Veterans Affairs