President Obama to Business: "Now is the Time to Invest in America"

February 7, 2011 at 1:56 PM ET by Jesse Lee
Twitter Facebook Email
Summary:
The President speaks to the U.S. Chamber of Commerce, a hub of big business, on the shared responsibilities of government and business towards America.
[[nid:26007]]

The President walked across the park today to the U.S. Chamber of Commerce – a hub of big business that has supported the President on the Recovery Act and further infrastructure rebuilding while also giving voice to industries opposed to the health reform law – to deliver a stark message of shared responsibility for winning America’s future:

But I want to be clear: even as we make America the best place on earth to do business, businesses also have a responsibility to America.

As he laid out in his State of the Union Address, he will be focusing on the first half of that pact – by having government rebuild America’s infrastructure for communications and transport, by helping gear education toward equipping students for today’s businesses, and by streamlining regulations to make sure there’s aren’t unnecessary burdens on job creation – a mission elaborated on this morning by OIRA Administrator Cass Sunstein.

But as the President explained, businesses must look toward the greater good as well, and realize that a prosperous middle class is good for the bottom line:

We’re in this together, but many of your own economists and salespeople are now forecasting a healthy increase in demand.  So I just want to encourage you to get in the game.  As part of the bipartisan tax deal we negotiated, with the support of the Chamber, businesses can immediately expense 100 percent of their capital investments.  And as all of you know, it’s investments made now that will pay off as the economy rebounds.  And as you hire, you know that more Americans working will mean more sales for your companies.  It will mean more demand for your products and services.  It will mean higher profits for your companies.  We can create a virtuous circle. 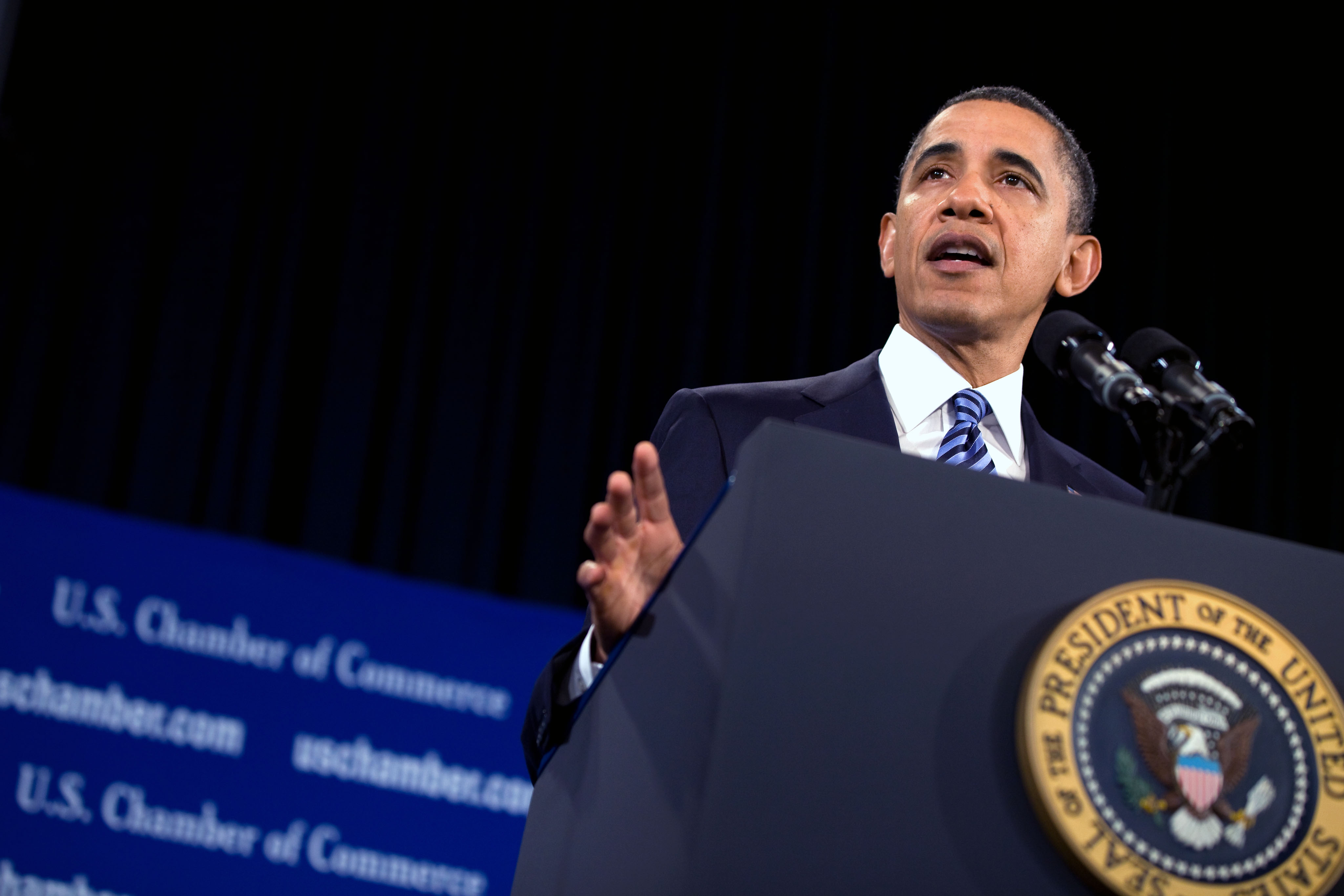