Imagine the last time you took a trip between two American cities.  Maybe you had to wait in line at a crowded airport; maybe you spent hours in traffic in a car or a bus.  Or maybe you made the trip on a train that had to slow down over and over because it was running on outdated tracks.

Now think about the fact that over the next 40 years, the population of the US is projected to grow by 100 million, and consider how much that’ll increase the use of our roads, airports, and rail.  Now imagine what that same trip you took will be like if we don’t build the transportation infrastructure we need to accommodate those extra travelers.

That’s why Vice President Biden traveled to Philadelphia today to announce a comprehensive plan to help the nation reach President Obama’s goal of giving 80 percent of Americans access to high-speed rail within 25 years.  The President is proposing to invest $53 billion over the next six years to continue construction of a national high-speed and intercity passenger rail network, which will create tens of thousands of private-sector jobs while helping to lay a new foundation for our economy. 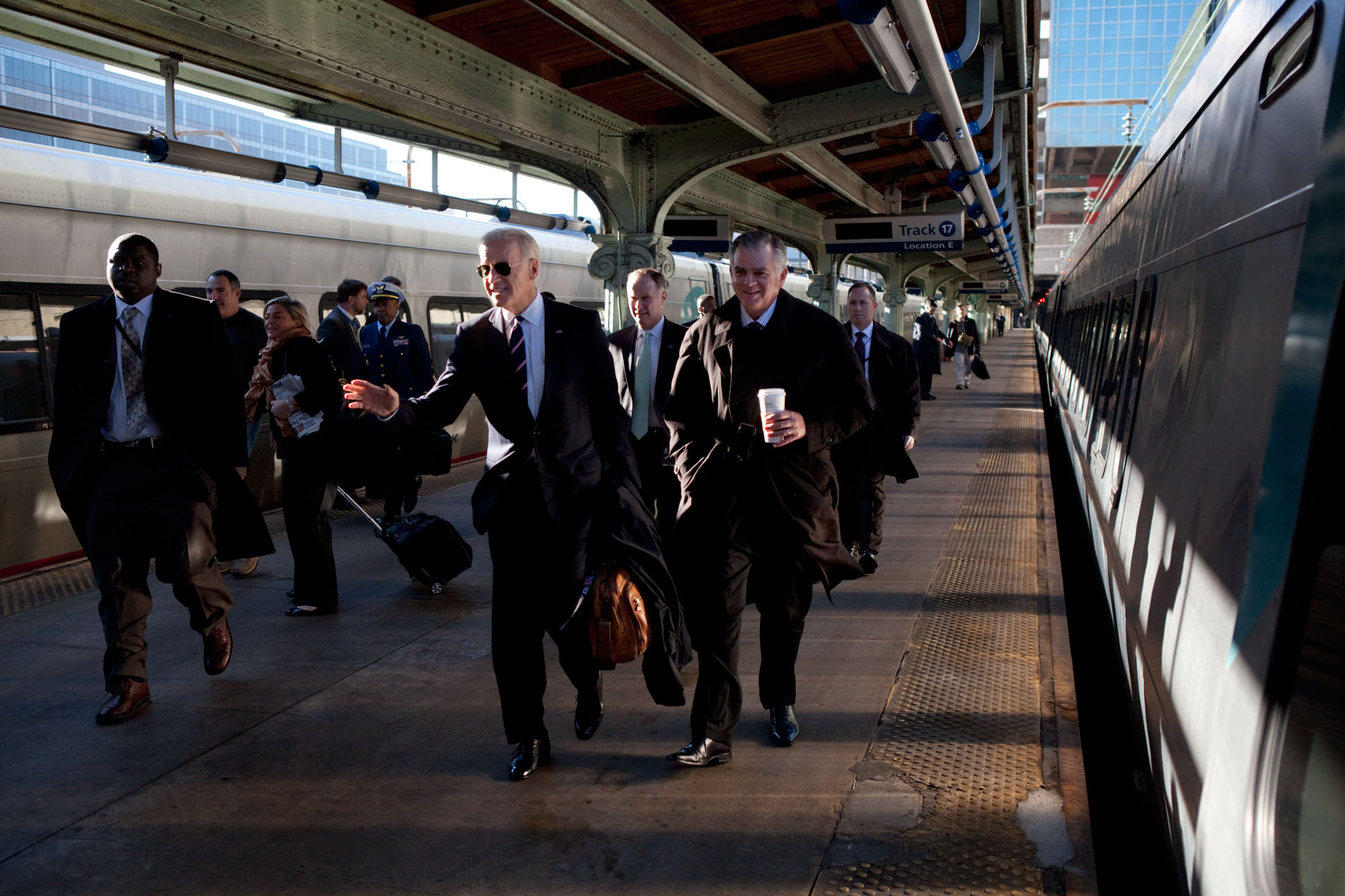 Building a national high-speed rail network is a key part of this Administration’s plan to out-build, out-innovate, and out-compete the rest of the world.  As Vice President Biden said in Philadelphia today, public infrastructure investment increases private-sector productivity, promotes growth, and creates jobs.  Transportation infrastructure is the lifeblood of the global economy; if we can’t move goods and people faster and more efficiently than our competition, there’s no way we’re going to remain the most prosperous and productive country in the world.

But why high-speed rail?  Why not build more highways and airports?

Look at it this way: in dense, highly populated regions like the Northeast Corridor, building just one mile of one lane of highway costs $40 to $50 million.  And it doesn’t get any easier when you look at airports; adding a single extra runway at Atlanta’s Hartsfield-Jackson Airport recently cost $1.3 billion.  Worse yet, many of the airports in our most congested areas are surrounded by development and can’t be expanded, which makes it almost impossible to add more flights in and out of cities like New York.

And beyond the dollar costs of highways and airports, you have to consider their environmental cost in terms of increased carbon emissions: an Amtrak train between Philadelphia and New York can carry up to 500 passengers, and if those folks drove instead, they would use more than 1,900 gallons of gas.  Not only is that roughly double the energy used by that train, but most of it comes from foreign oil. 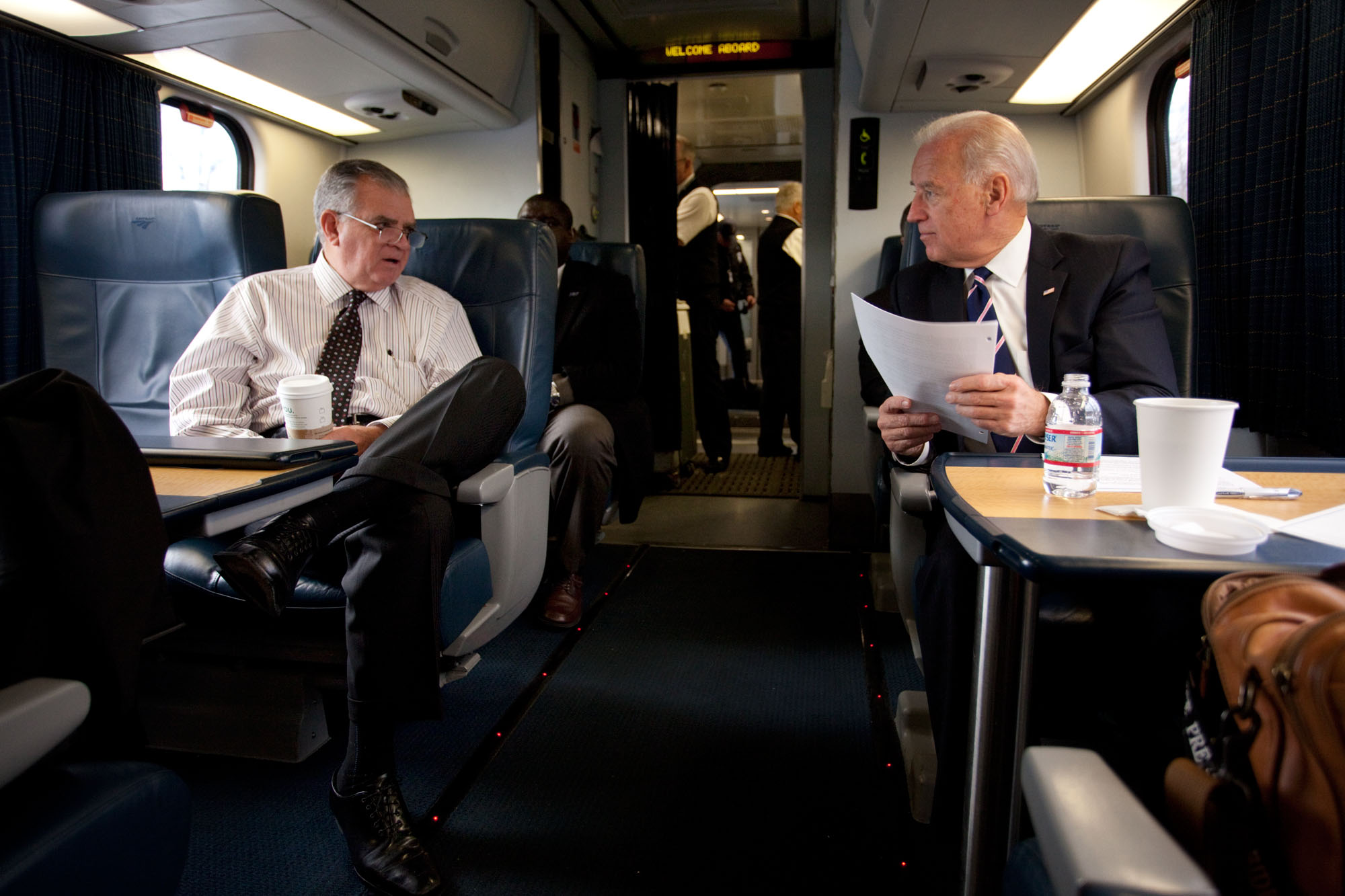 But most important of all are the human costs of our aging transportation system.  As the Vice President said today, “Think about the difference rail travel makes in people’s lives. I know, because when I was in the senate, it made an incredible difference in mine. Every minute you’re not stuck in traffic, or working your way through airport security, is a minute more that you can spend with your families.”

Billions of hours were wasted last year in congestion on American highways.  And in our airports, the percentage of flights landing at least two hours late has more than doubled since 1990.  Even on the Acela Express – the fastest train in the Northeast Corridor, which the Vice President rode today – it takes 2 hours and 45 minutes to get to New York City.  That’s only about 45 minutes faster than in the 1940s. 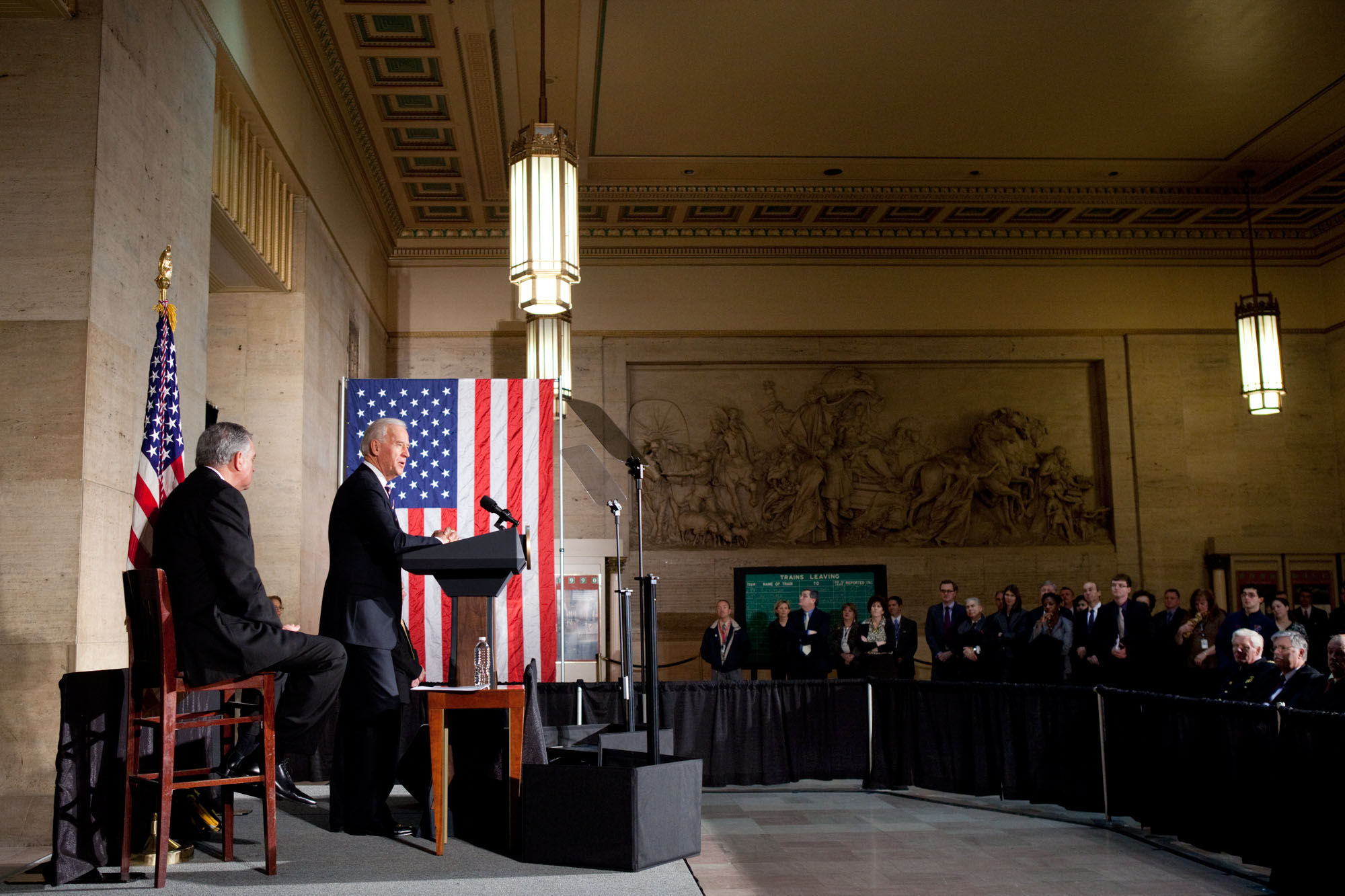 We want to change that.  Through our investments in high-speed rail, we’re hoping to cut the time for that trip to just 96 minutes.  Over the next 25 years, our goal is to build high-speed and intercity passenger rail capacity equivalent to 1,900 miles of new highway, but with trains zipping along at up to 220 miles per hour in our most densely populated corridors.  And we’re proposing to expand faster rail service to emerging and regional corridors as well, so that we can ultimately give 80 percent of Americans access to these core high-speed rail lines.

This is already happening in countries around the world, and as the Vice President said in Philadelphia today, there’s no reason we can’t do it here.  Building a cutting-edge transportation system is the only way we’re going to keep leading the world.  So let’s start building.