Smart from the Start: Building a Clean Energy Future

February 10, 2011 at 5:09 PM ET by Ken Salazar
Twitter Facebook Email
Summary:
Secretary of the Interior Ken Salazar outlines ways the Administration is building a clean energy future on our nation’s lands and oceans. 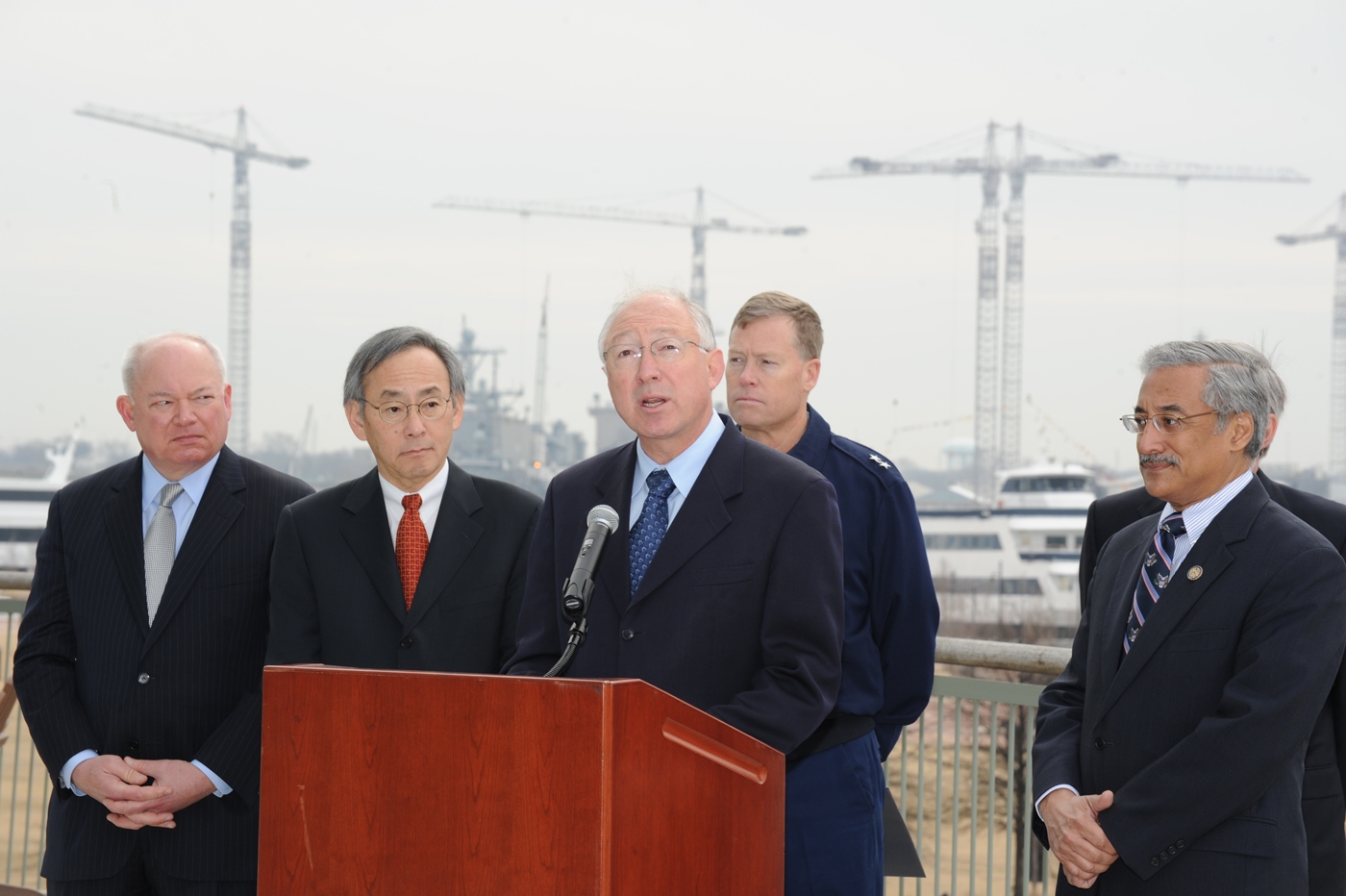 This week, the Administration continued its work to build a clean energy future on our nation’s lands and oceans.

On Monday, Secretary of Energy Steven Chu and I went to Norfolk, Virginia to unveil the first-ever coordinated strategicplan to accelerate the development of offshore wind energy. In support of our plan, Secretary Chu announced $50.5 million in funding opportunities to develop breakthrough offshore wind energy technology and to reduce specific market barriers to its deployment.

I also announced the first of several Wind Energy Areas for the Atlantic Coast.  For four states -Virginia, New Jersey, Delaware, and Maryland – the Department of the Interior has identified areas with the highest wind potential and fewest conflicts with competing uses.  If our environmental reviews on these Wind Energy Areas find no significant impacts from potential leasing, we could be offering wind leases in these areas by the end of 2011 or early 2012.

This week, Interior also hosted a workshop about onshore renewable energy.  The two-day conference brought together nearly 400 stakeholders from across the government, renewable energy industry, and conservation community to discuss the Administration’s efforts to rapidly and responsibly stand up renewable energy projects on our nation’s public lands.

Secretary Chu and Secretary Vilsack joined me to kick off the conference with a discussion about what our Departments are doing to meet President Obama’s ambitious goal of creating 80 percent of America’s electricity from clean energy by 2035.

As we start to unlock our nation’s renewable energy potential in unprecedented ways – thanks in part to smart siting of projects and economic incentives from the President’s tax cut package – we are making great strides toward reducing our nation’s dependence on foreign oil and creating jobs here at home.