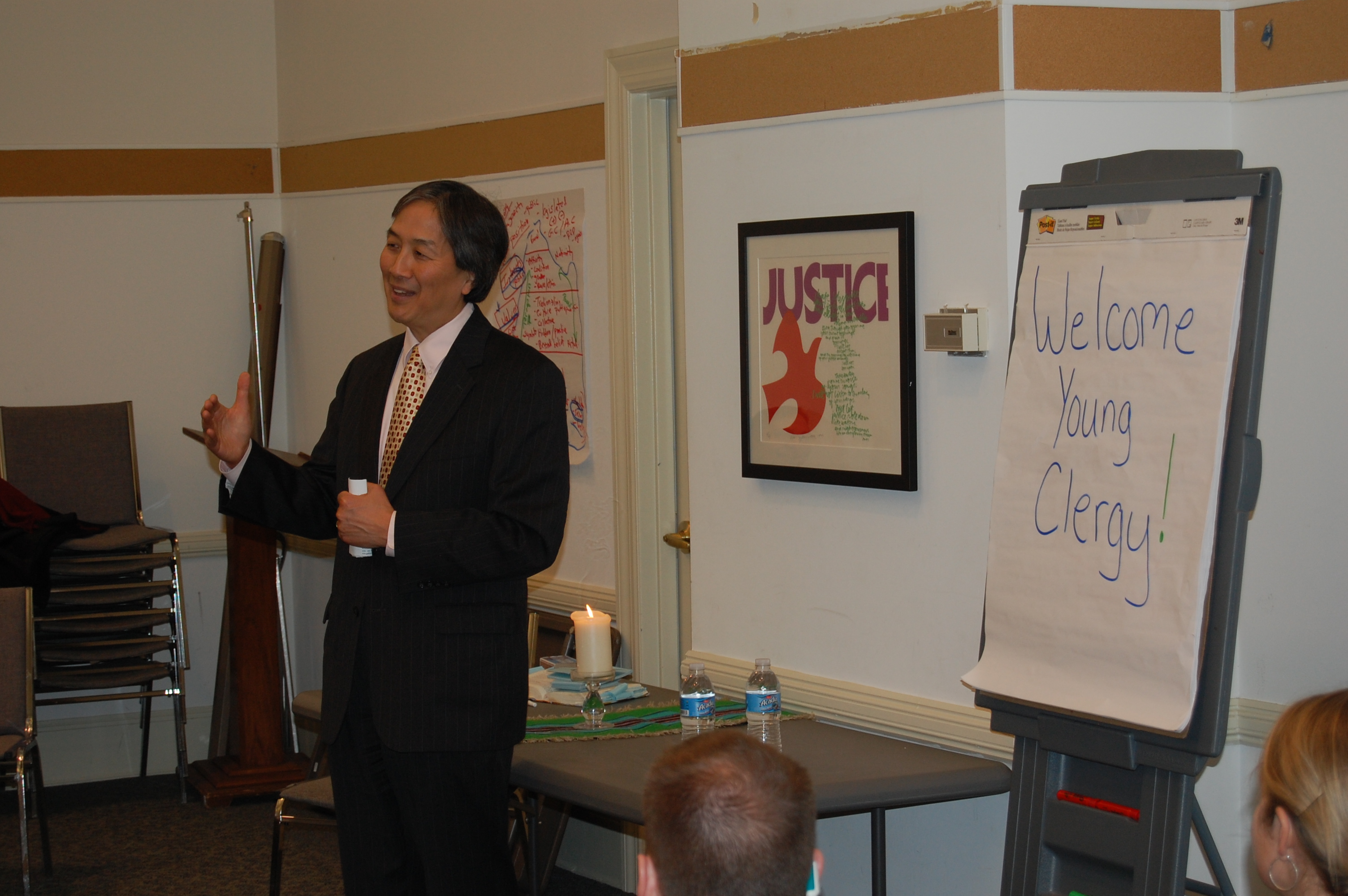 U.S. Department of Health & Human Services Assistant Secretary For Health Dr. Howard Koh discusses his faith journey as an Asian-American and as a United Methodist with a group of young clergy.

In the United Methodist Building, steps away from our nation’s Capitol, I listened attentively to Assistant Secretary For Health Dr. Howard Koh discuss his journey as an Asian-American and as a United Methodist with a group of young clergy.  He shared how his faith, family upbringing, and early experiences in medicine shaped his career mission to create better systems of care for all people, especially the most vulnerable among us.

The young clergy members were participating in the 8th annual Young Clergy Capitol Hill Leadership Forum.  The forum provides creative and participatory ways to teach the Social Principles of The United Methodist Church in congregations.

Before addressing the attendees myself, I listened to Dr. Koh explain how life as the son of immigrant parents was sometimes challenging – at times growing up, he felt it was a struggle to “fit in.”  He passionately discussed how improving health care and access to health care fell in line with what he had learned growing up with his family in the Methodist Church: he said that he found it important to live a life of higher purpose and ultimately to give back to society.  The audience responded warmly as they connected with a companion of their faith who reminded them that health is a gift that must be protected. Dr. Koh called on those in the audience to continue the role of healing and caring for their congregations, while also speaking to what health care reform means for their communities.

He said the new health reform law would transform health care by bringing new hope of health security to Americans. Dr. Koh told the young clergy leaders that we must all work together to fully implement health reform because as the late Senator Ted Kennedy once said “At stake are not just the details of policy, but fundamental principles of social justice and the character of our country.” He thanked the young leaders for their commitment to caring for those in need, especially those without health care and the underserved who would soon be helped by the new law.

Following Dr. Koh, I discussed the role of the Partnership Center and how we help faith-based and neighborhood organizations create viable and healthy communities.  Recognizing that this work is already being done within congregations and health ministries, I stressed the important role that faith and community leaders have with public health outreach.

There was also an opportunity for me to take questions.  I heard from an attendee from Macon, GA who was concerned about childhood obesity in her community.  I told her about the First Lady’s “Let’s Move” initiative and discussed how her congregation can get some ideas for exercise programs.  Another question came from a gentleman from the Chicago area who was concerned about the uninsured in his community.  I pointed out that through the Affordable Care Act, there will be an expansion of Medicaid for low income individuals.  In addition, health insurance exchanges will be established so that consumers can purchase accessible and affordable health care plans.

If you have questions or comments about this post, please send an email to partnerships (at) hhs.gov.

Acacia Bamberg Salatti is the Deputy Director of the Center for Faith-based and Neighborhood Partnerships (The Partnership Center) at the U.S. Department of Health and Human Services.