Listening to Small Businesses, in Cleveland and Across the Country

February 22, 2011 at 3:26 PM ET by Jesse Lee
Twitter Facebook Email
Summary:
The President joins some of his top economic advisors in Cleveland for a "Winning the Future" Forum on Small Business and stops by an online session with CEA Chairman Austan Goolsbee to take a couple questions.

Ed. Note: Click play below to jump straight to the President's portion of the online forum, rewind to watch the full session with CEA Chairman Austan Goolsbee.

The President joined some of his top economic advisors in Cleveland today for a "Winning the Future" Forum on Small Business -- after some opening remarks and stopping by a couple of the breakout sessions, he also stopped by an online session with CEA Chairman Austan Goolsbee where he explained a bit about why he was there:

Well, Cleveland I think is a great example of cities all across the country, but especially in the Midwest, who are starting to reinvent themselves.  These are typically manufacturing cities.  They were built on the auto industry, on heavy manufacturing, steel.  And as manufacturing has become much more productive, fewer workers are in manufacturing -- even though manufacturing continues to contribute a lot to the economy -- and so these regions are having to think what’s going to be the businesses of the future that end up employing more people and providing more opportunity.  And small businesses are going to be the ones that I think are going to be making the biggest impact on regions like this one -- a lot of risk-takers, a lot of entrepreneurs here.

What we wanted to do is make sure that we listen to small businesses, hear from them, find out what kind of barriers they’re meeting -- whether it’s capital, or finding the right workforce, or how do they partner with larger companies.  And so far we've already gotten some terrific ideas. 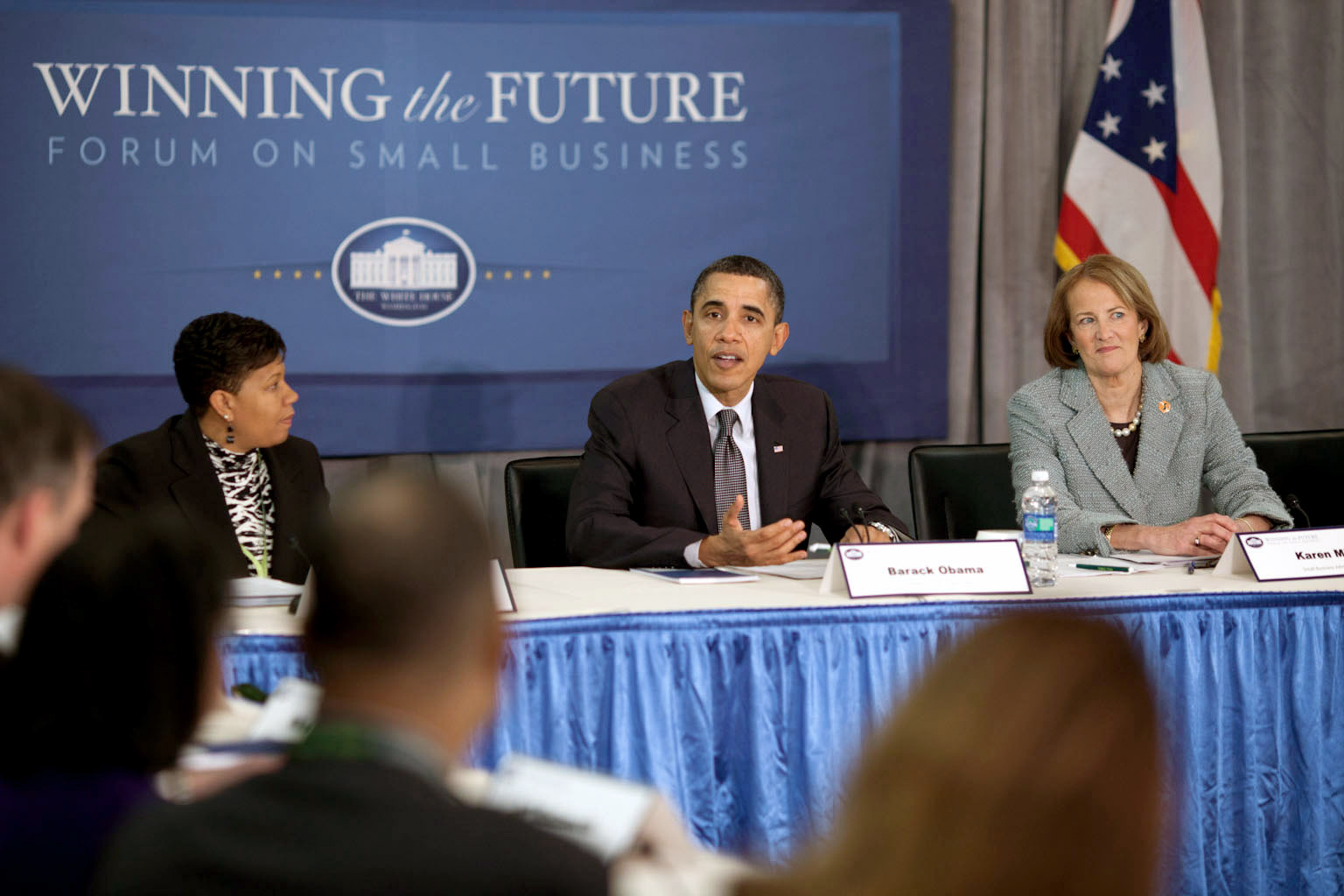 The first question the President took was on a topic that came up a lot both in the course of the summit, and in response to our "Advise the Advisor" series that Goolsbee led over the last week:

MR. GOOLSBEE:  He’s better at this than we are.  (Laughter.)  We got some questions for you from WhiteHouse.gov --

THE PRESIDENT:  All right.

MR. GOOLSBEE:  -- that we were going to shoot to you.  James in Addison, Texas:  With the virtual death of local banking, it’s next to impossible today to get bank loans for anything other than fixed assets.  For working capital, speculative funding, for others, entrepreneurs must look to save capital, family, friends, or even a first customer.  Traditional financing sources only help the more traditional forms of business.  Innovators must look elsewhere.  We're locked in this and we were wondering what your view is.

THE PRESIDENT:  Well, one of the things we hear most frequently from small businesses is the problem of start-up capital.  Obviously a lot of small businesses do get started with the entrepreneur -- savings, family loans, credit cards.  But over the last two years it’s been especially tough for small businesses because of the credit crunch, both in the banking industry as well as the fact that folks don't have home equity loans that they could use potentially to start a business; their credit cards might have been maxed out.

And so what we did over the last two years was try to make sure that the Small Business Administration, the SBA, filled some of this hole.  We increased the guarantees that SBA would provide to banks if they loaned -- if they made a loan to a small business.  We eliminated some of the fees that might be required. And as a consequence, volume from the Small Business Administration went up substantially.

The other thing that we did was we increased the limits on the loans that might be provided through the SBA.  So the SBA has done a lot of good work.  The Treasury Department has also tried to make sure that they set up funds that would help to facilitate lending to small businesses.  That's especially important in part because small businesses a lot of times have trouble getting loans when their collateral has gone down, the value of their holdings have gone down.  And typically that's been real estate for a lot of small businesses.

So we got a range of products that, through the SBA, through Treasury, are providing loans to small businesses, helping encourage small banks to get back into the business of lending again.  But we heard some good ideas here today about, for example, providing tax credits for angel investors -- that right now there have been some discussions in Congress about setting up some additional legislation that could help small businesses, and we’re going to see if we can implement it.

It was a full day with a lot to take in -- read the President's closing remarks where he talked about what he heard.