Ed. Note: This post is part of the Celebrating Black History Month series, which highlights African Americans from across the Administration whose work contributes to the President's goals for winning the future.

As Surgeon General, I am privileged to serve as “America’s Doctor,” providing the public with the best scientific information available on how to improve their health and the health of the nation. I also oversee the operational command of 6,500 uniformed health officers in the Commissioned Corps of the U.S. Public Health Service. These officers serve in locations around the world to promote, protect, and advance the health of the American People. 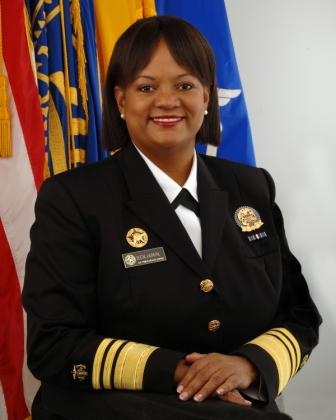 I grew up in Daphne, Alabama, and graduated from high school in the nearby town of Fairhope. I received a bachelor’s degree in chemistry from Xavier University in New Orleans and attended Morehouse School of Medicine before receiving my medical degree from the University of Alabama at Birmingham. I later obtained a masters’ degree in business administration from Tulane University in New Orleans. After completing my family medicine residency in Macon, Georgia, I established a clinic in a small fishing village in Alabama to help its many uninsured residents. That clinic in Bayou La Batre is still operating today, despite being destroyed by Hurricane Georges in 1998, Hurricane Katrina in 2005, and a devastating fire in 2006.  President Obama nominated me for the Surgeon General’s post in July 2009, and I was confirmed by the Senate for that position in November of the same year.

Prevention is the foundation of public health, and prevention is the foundation of my work as Surgeon General. If we want to truly reform health care in this country, we need to prevent people from getting sick in the first place, and stop disease before it starts. In the health reform law that was enacted in 2010, Congress created a commission to develop the first-ever national prevention strategy, and named me to chair the commission. The panel, made up of the heads of 17 federal departments and agencies, is providing coordination and leadership at the federal level to ensure that the government is focused on prevention.

Before becoming Surgeon General, I served on the Sullivan Commission, a blue-ribbon panel that looked for ways to diversify the health care workforce. The commission found that, while 25 percent of the nation’s population is minority, only 6 percent of physicians are minorities.  That is the same percentage that existed when a similar report was issued in 1910–100 years earlier. Meanwhile, less than 9 percent of nurses are minorities.

Although the nation’s minority populations are increasing, in recent years there has been a downward trend in minority enrollment at our nation’s medical, dental and nursing schools. Unless current trends are quickly reversed, our nation faces a growing ethnic and racial disconnect between those who seek care and those who provide that excellent care.

Dr. Regina Benjamin is the Surgeon General of the United States.