The President & His Council on Jobs and Competitiveness: "My Main Purpose Here Today at This First Meeting I Think is To Listen"

February 24, 2011 at 3:52 PM ET by Jesse Lee
Twitter Facebook Email
Summary:
Chaired by Jeffrey Immelt, Chairman of GE, the President’s Council on Jobs and Competitiveness meets for the first time, with the President explaining his vision the Council's work.

In 2009, the President signed an Executive Order creating the President’s Economic Recovery Advisory Board (PERAB), which for two years under the leadership of Paul Volcker provided outside advice and counsel to the administration on recovery from the worst economic crisis since the Great Depression.  The PERAB’s term expired on February 6, 2011, but recognizing that we still have a long way to go to get Americans back to work and strengthen our economy, the President signed a new Executive Order creating a new board, the President’s Council on Jobs and Competitiveness, which is focused on finding new ways to promote growth by investing in American business to encourage hiring, to educate and train our workers to compete globally, and to attract the best jobs and businesses to the United States.

Chaired by Jeffrey Immelt, Chairman of GE, the Council met for the first time today, and the President gave opening remarks explaining his vision for both the meeting and the Council as a whole:

So my main purpose here today at this first meeting I think is to listen, to get a sense of where all of you think the economy is right now, what kinds of steps we need to be taking.  As I talked about during the State of the Union, we want to remove any barriers and any impediments that are preventing you from success and from growth.  At the same time, we want to put a challenge to America’s businesses that even as we're working with you to streamline regulations, to reform our tax system, to take other steps that have been sitting on the shelf for quite some time under both Democratic and Republican Presidents, we want to make sure that we're also putting a little pressure on you guys to figure out how do we make sure that the economy is working for everybody; how do we make sure that every child out there who’s willing to work hard is going to be able to succeed; how do we make certain that working families across the country are sharing in growing productivity and that we're not simply creating an economy in which one segment of it is doing very well, but the rest of the folks are out there treading water.

Last point I'll make is that I'm not interested in photo ops and I'm not interested in more meetings.  I've got enough photo ops and enough meetings.  I have a surplus of that.  So I expect this to be a working group in which we are coming up with some concrete deliverables.  I don't think that we have to be trying to hit homeruns every time.  I think if we hit some singles and doubles, if we find some very specific things that this group can help us on and we can work on together, then we can build on that success, and in the aggregate, over time, this will have really made a difference at a critical juncture in our economy. 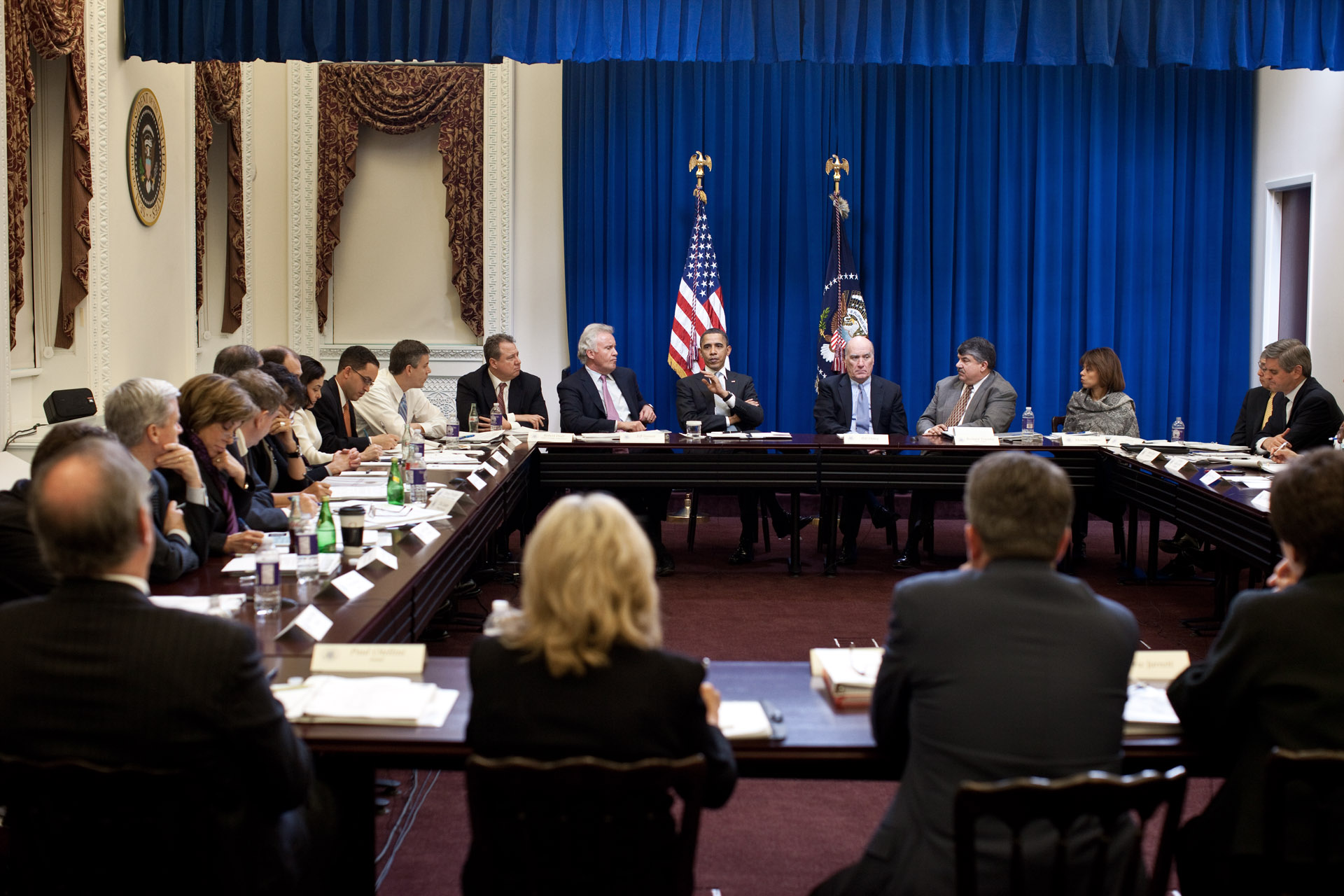 President Barack Obama meets with the members of the President’s Council on Jobs and Competitiveness in the Eisenhower Executive Office Building, February 24, 2011. (Official White House Photo by Pete Souza) 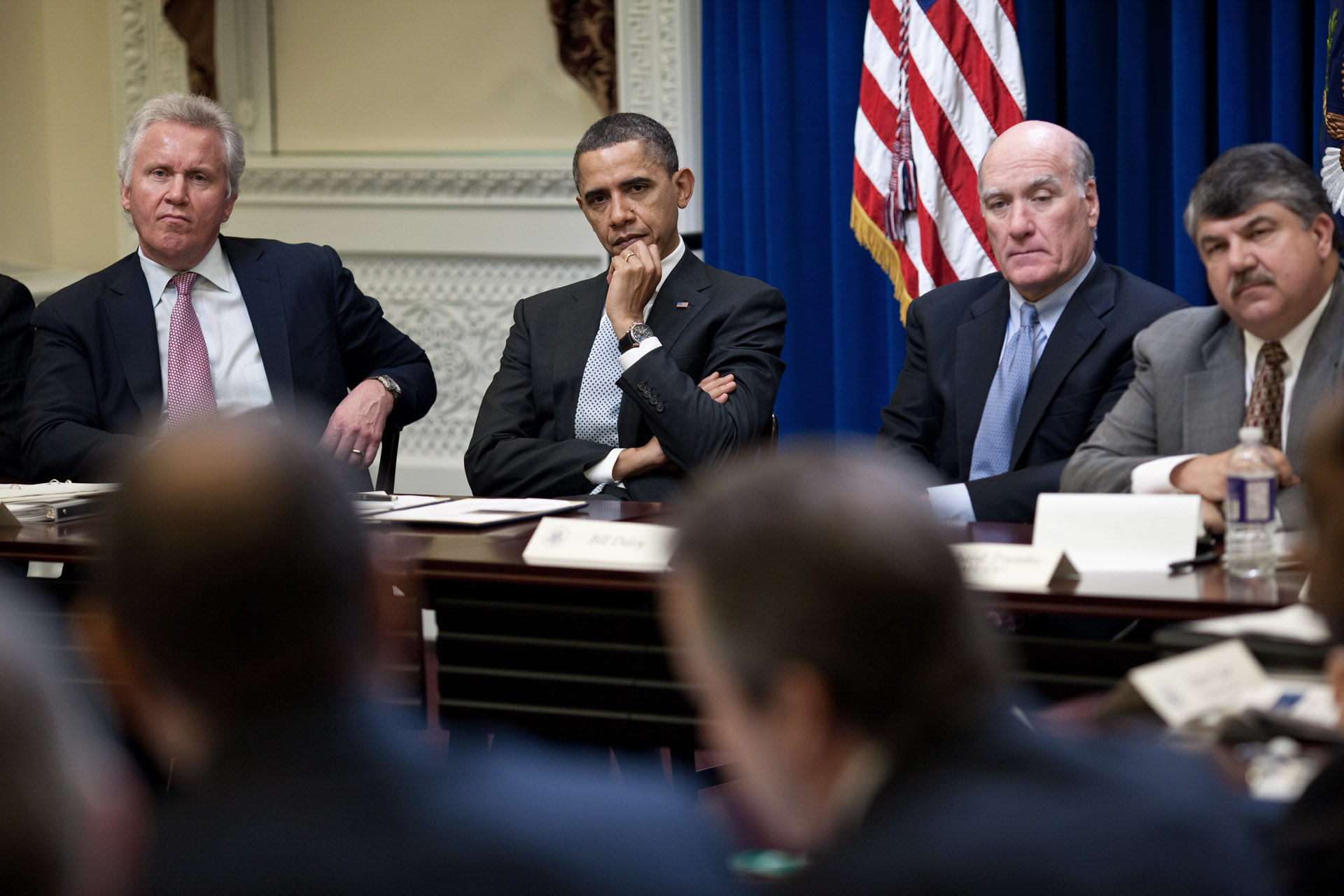