Ed. Note: This post is part of the Celebrating Black History Month series, which highlights African Americans from across the Administration whose work contributes to the President's goals for winning the future.

Nearly 35 years ago, as a newly minted law school graduate, I moved from New York City to Washington, D.C., to begin my dream job as a prosecutor in the Justice Department's Public Integrity Section.  Very quickly, I learned that the Justice Department was – and still is – an exciting and fascinating place to be. As a young lawyer, I was fortunate to work alongside some of the nation’s most talented and committed public servants: colleagues who cared deeply about advancing the Department’s critical mission, as well as mentors and supervisors who were committed to my professional growth and success. 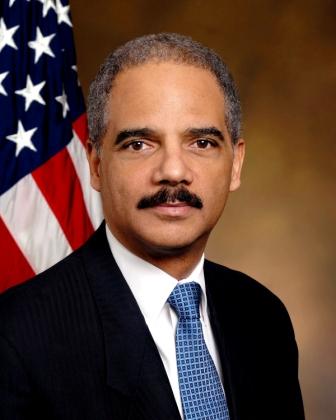 My early experiences at the Department enabled me to begin looking beyond my next assignment and next case, in order to reflect on the larger responsibilities that guide every Justice Department employee.  I came to realize that these obligations are much larger than any one attorney – and certainly any one Attorney General. Put simply, our chief responsibility is the pursuit of justice – and not justice for some, but justice for all.  Living up to this responsibility begins by focusing on our number-one mission: protecting the safety of the American people.  It also guides our efforts to prevent and reduce violence, crime, fraud, and abuse; to combat the causes and consequences of hate; to safeguard civil rights; to protect the environment; to strengthen the rule of law; to ensure access to legal services; and to maintain the integrity of a system founded on a simple but powerful idea that all people are created equal and deserve the same treatment in the courtroom and in all corners of our society.

For well over two centuries now, we, as a people, have been striving to build the more perfect union underlying every one of these responsibilities – an America where the words and ideals of our Constitution reach the full measure of their intent.  Black History Month is an important opportunity to reflect on these responsibilities. In that spirit, it is also a critical time to reflect on how far our nation – and, especially, our African-American communities – have traveled on the long road toward equality and freedom.  Although in my own lifetime extraordinary progress has been made, we still have miles to go.  It may be tempting when you look at the diversity of people serving in the highest levels of government – or at the man sitting in the Oval Office – to think that equality has been achieved for all Americans.  But it will take more than my appointment as the first African-American Attorney General – and even more than the election of the first African-American President – to build a nation that in every respect is, in Dr. King's words, "an oasis of freedom and justice."

Realizing that vision is, and will continue to be, my greatest responsibility – and the paramount duty of our nation’s Department of Justice.  This is a collective responsibility – one that I urge each of my colleagues and fellow citizens to help fulfill.  During this year's Black History Month, let’s commit to this work and to that nation that, together, we can build.

Eric Holder is the Attorney General of the United States.