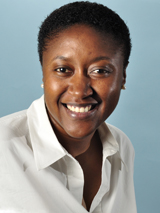 I had the pleasure of representing Intel at Northern Michigan University where President Obama announced his Wireless Innovation and Infrastructure Initiative on February 10.  Needless to say this was a thrilling personal experience, and I am anxiously awaiting the official picture of me meeting the President of the United States!  This was also a thrilling professional experience as this initiative shows that the President and his team truly get the necessity of ubiquitous wireless broadband if the U.S. is to be able to compete and lead the world moving forward. The President’s analogy of what railroads, national highways, and phones did for our country is right on. The new transportation and communication axis is wireless broadband!

This is how the world becomes one small virtual community for education, for commerce, for news, for connecting people and movements.  Let’s consider for a second the example of Getz’s—as a result of connecting to the Internet, the Getz family’s “Main Street” clothing business saw a dramatic increase in revenue, and now two thirds of their revenue comes from on line sales. NMU provides us with another example—because NMU opened its wireless broadband network to the community, kids who live 30 miles away from school, in a beautiful but snowy area with 200 inches of snow every year, do not miss out on their education when they cannot physically make it to school.

The funny thing for me is that the NMU deployment for us at Intel was nothing more than an opportunity to turn a university that provides a laptop to every student into a connected university using WiMax and WiFi.  NMU has provided a valuable test bed and we continue to learn a lot from it.  It is amazing what happened after the university opened the network to the community.  America can learn from this example, real time, real life.

This brings me to the most important point, which is the availability of our nation’s finite spectrum resource to make this happen.  In his NMU remarks, the President said:  “By selling private companies the rights to these airwaves, we won't just encourage private investment and expand wireless access; we're actually going to bring in revenues that lower our deficits.”  The President’s incentive auctions proposal to free up more spectrum for mobile broadband is paramount.  This is absolutely needed to make sure every American is connected to the world with unlimited opportunities.  Intel supports the President’s call for nearly doubling the amount of spectrum available for wireless broadband, and we were glad to see that his FY12 budget calls for voluntary incentive auctions as a critical means to more efficient spectrum management.

In conclusion, representing Intel at the NMU event was a thrill!  Wireless broadband innovation is essential to increasing US jobs, productivity, and global competitiveness.  Meeting consumers’ and businesses’ exploding demand for wireless broadband services is necessary for America to win and lead going forward.  This is how we will be first!