Big, Bold, and Fast: A little Peace Corps history on its 50th Anniversary 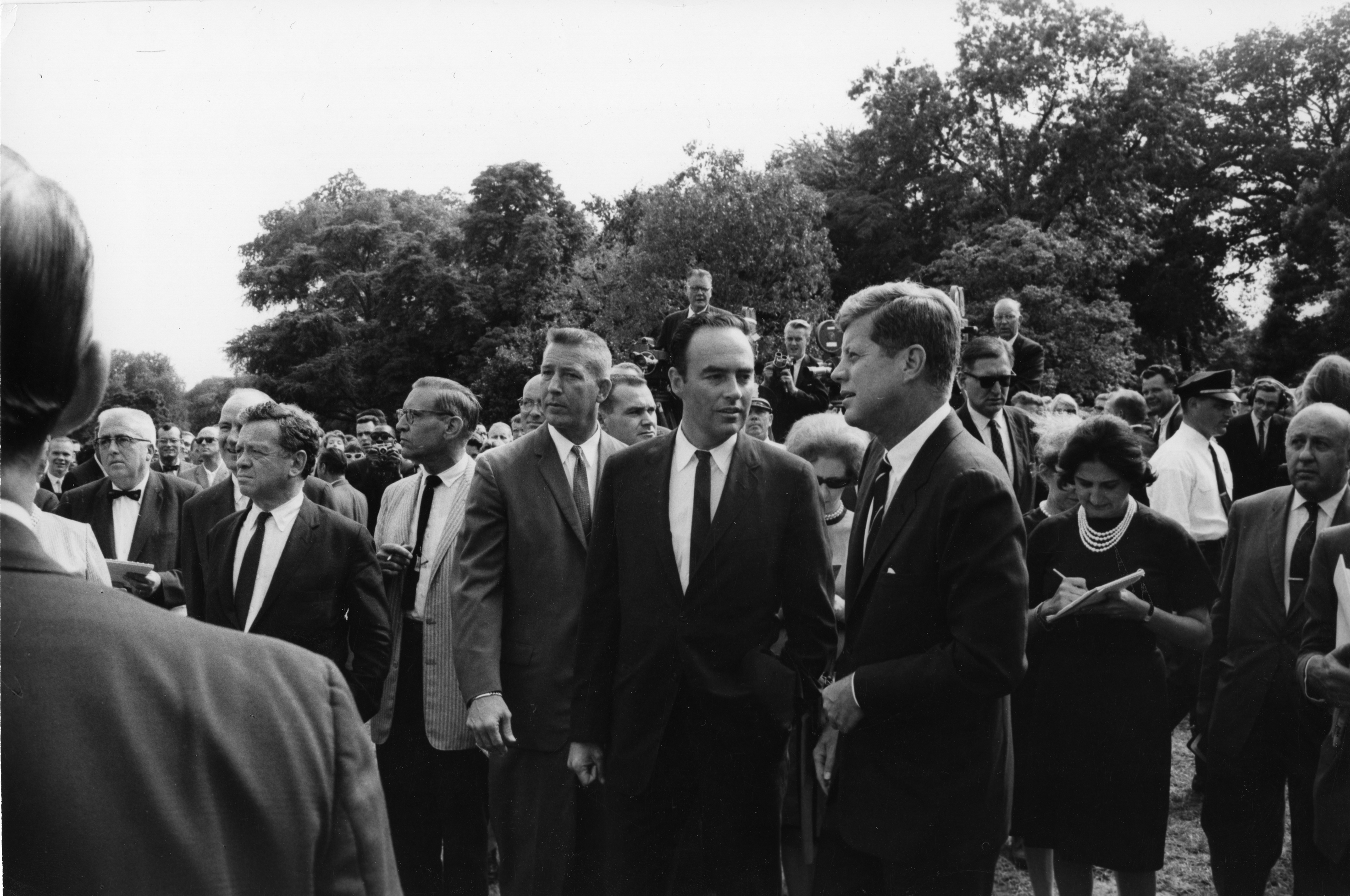 The Peace Corps began for me when a call came from Millie Jeffrey, a Democratic National Committee member and active colleague in the Kennedy campaign’s Civil Rights Section (where I was deputy to Sargent Shriver).  With great excitement, she told me about Kennedy’s extemporaneous talk she had heard at 2 a.m., October 14, 1960 to thousands of students, faculty, and town people waiting for him in front of the University of Michigan’s Student Union.  Challenging the students, he had asked them if they were ready to spend years serving in Asia, Africa, or Latin America.  Stirred by his question, Michigan students, including Millie’s daughter, had taken around a petition saying yes, they were ready – nearly one thousand had signed.

Now the students wanted to present it personally to Kennedy.  Millie asked me to help arrange their doing so.  The first staff man she had called showed little interest, but when she finally reached Ted Sorensen, he liked the idea and arranged the meeting.  When the President learned of the petition, before seeing it, he told Ted Sorensen to start drafting a major speech proposing a Peace Corps.  He gave that talk to many thousands at the Cow Palace in San Francisco on November 2, 1960.  Almost everywhere Kennedy went in the last week of the campaign, he was asked about the Peace Corps.  In his election eve broadcast he included the promise of a Peace Corps.

Looking back, Sargent Shriver wrote in his 1964 book, Point of the Lance, that the Peace Corps probably would “still be just an idea but for the affirmative response of those Michigan students and faculty…Instead, it was almost a case of spontaneous combustion.”

Fast forward: During the inaugural parade or right afterwards, Kennedy asked Sargent Shriver to look into the Peace Corps idea and recommend what to do.  It was a natural assignment for his brother-in-law, who for three summers in the 1930s had gone to Europe with the Experiment in International Living as a student and then as a group leader.  In the 1950s, after visits to several Asian countries, Shriver had proposed a plan for sending three-person teams of young American leaders to Asia, Africa and Latin America.  He had demonstrated his own leadership in managing Chicago’s Merchandise Mart and serving as president of the Chicago Board of Education, and as an imaginative and effective force in the Kennedy presidential campaign.

Having had more fun working for Shriver in the campaign than with anyone else in my experience, I felt lucky, the day after the Inauguration, when he asked me to join him in the new assignment.  The next four weeks were a night-and-day marathon.  During that time, the new President asked me to be his Special Assistant for Civil Rights, with permission to continue helping with the Peace Corps project.  “I use not only all the brains I have, but all I can borrow,” Sarge said to the task force he had assembled.  He questioned, sharpened the issue, and pitted contending positions against each other until he felt he understood.

Meanwhile, a Gallup Poll released just before the Inauguration had shown 71 percent of the American people favoring a Peace Corps and only 18 percent opposing.  And more than 30,000 Americans were reported to have been written supporting the idea.  But opposition to the idea had grown.  President Eisenhower had derided the idea as a “juvenile experiment” and suggested that such young volunteers instead be sent to the moon.  Nixon had charged that it would become a form of draft evasion.  And some of the President–elect’s own advisers were critical, and urged that, if the President wanted to go ahead with the idea, it should be started very cautiously and on a small scale.  The President himself kept asking Shriver if the report was ready and when the Peace Corps could start.

Shriver delivered the report to the President in the last days of February 1961, urging that he create by executive order a temporary Peace Corps, using discretionary foreign aid funds.  “The Peace Corps can either begin in very low gear,” he wrote, “with only preparatory work undertaken between now and when Congress finally appropriates special funds for it—or it can be launched now and in earnest by executive action....I recommend its immediate establishment.”  Though he thought we had sufficient answers to justify going ahead, he said that many of the questions “will only be finally answered in action, by trial and error.”

Kennedy signed the order and sent the message to Congress on March 1, 1961.

By this time, some of us helping Sarge had turned his name into a verb.  To “shriverize” was to do it fast, and make it big and bold.  This is just the beginning of the “shriverizing” of the Peace Corps, as the first Volunteers were sent overseas, before Congress had acted, and the numbers grew to 16,000 in 1966 when he left for other public assignments.  Sarge liked to call these days and years “a creative hour for ideas.”  Those Volunteers, he wrote, “represent that quality in American life which de Tocqueville more than a century ago saw as the central source of American strength.  It is a quality we needed to tap anew.”

So now, five decades later, President Obama has officially proclaimed March 1, 2011, as the 50th Anniversary of the Peace Corps and declared that “one of President Kennedy’s most enduring legacies can be found in the over 200,000 current and returned Peace Corps Volunteers who have collectively given over a half-century of service to the cause of  peace.”  The Proclamation further declared: “In our increasingly interconnected world, the mission of the Peace Corps is more relevant today than ever.”