The President on Libya: "The Violence Must Stop; Muammar Gaddafi Has Lost the Legitimacy to Lead and He Must Leave"

March 3, 2011 at 2:56 PM ET by Jesse Lee
Twitter Facebook Email
Summary:
The President says that "the violence must stop; Muammar Gaddafi has lost the legitimacy to lead and he must leave; those who perpetrate violence against the Libyan people will be held accountable; and the aspirations of the Libyan people for freedom, democracy and dignity must be met." 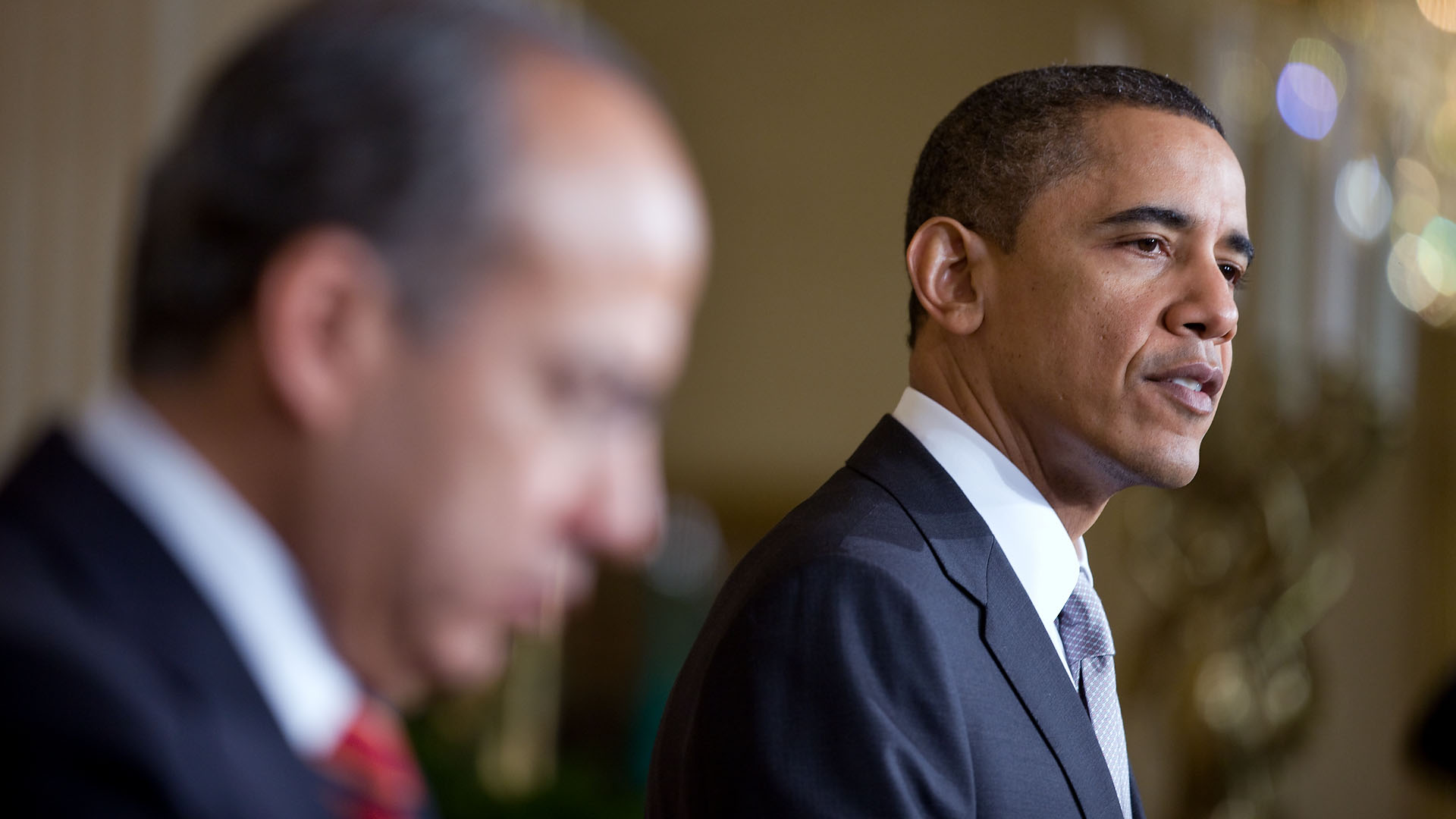 President Barack Obama addresses the situation in Libya at the start of a joint press conference with President Felipe Calderón of Mexico, left, in the East Room of the White House, March 3, 2011. (Official White House Photo by Lawrence Jackson)

There was no shortage of issues pertaining to the two countries' close relationship and mutual interests for President Obama and President Calderón of Mexico to discuss during their meetings today.  Nonetheless, during the joint press conference afterward, the President took a moment to address the situation in Libya that has rightly garnered so much attention around the world.  Firstly, he noted that the Mexican government has been integral in the actions of the United Nations regarding Libya:

Most recently, our governments have spoken out forcefully for the human rights of the Libyan people, and Mexico played a leading role at the United Nations in suspending Libya from the Human Rights Council.  President Calderon, this not only reflects our commitment to the shared values of freedom and justice and rule of law.  It’s also another example of Mexico’s global leadership—as you said in your address to our Congress last year—that “Mexico is standing tall” and ready to take its “rightful place in the world.”

President Obama went on to forcefully condemn the violence once again:

The United States, and the entire world, continues to be outraged by the appalling violence against the Libyan people. The United States is helping to lead an international effort to deter further violence, put in place unprecedented sanctions to hold the Qaddafi government accountable, and support the aspirations of the Libyan people. We are also responding quickly to the urgent humanitarian needs that are developing.

Tens of thousands of people—from many different countries—are fleeing Libya, and we commend the governments of Tunisia and Egypt for their response, even as they go through their own political transitions.  I have therefore approved the use of U.S. military aircraft to help move Egyptians who have fled to the Tunisian border to get back home to Egypt. I’ve authorized USAID to charter additional civilian aircraft to help people from other countries find their way home.  And we’re supporting the efforts of international organizations to evacuate people as well.

I have also directed USAID to send humanitarian assistance teams to the Libyan border, so that they can work with the United Nations, NGOs and other international partners inside Libya to address the urgent needs of the Libyan people.

Going forward, we will continue to send a clear message: the violence must stop; Muammar Gaddafi has lost the legitimacy to lead and he must leave; those who perpetrate violence against the Libyan people will be held accountable; and the aspirations of the Libyan people for freedom, democracy and dignity must be met.