On February 28th, 2011, The White House observed the end of Black History Month with 60 emerging African American LGBT student leaders representing Historically Black Colleges & Universities (HBCU) from as close as D.C., Maryland, and Virginia and as far away as North Carolina and Georgia.  They were welcomed by a diverse group of Administration officials and by nearly a dozen local organizations invested in the success of LGBT youth for a roundtable discussion.  The event sparked a vibrant dialogue around careers in public service, effective leadership practices, and important issues affecting African American LGBT communities. 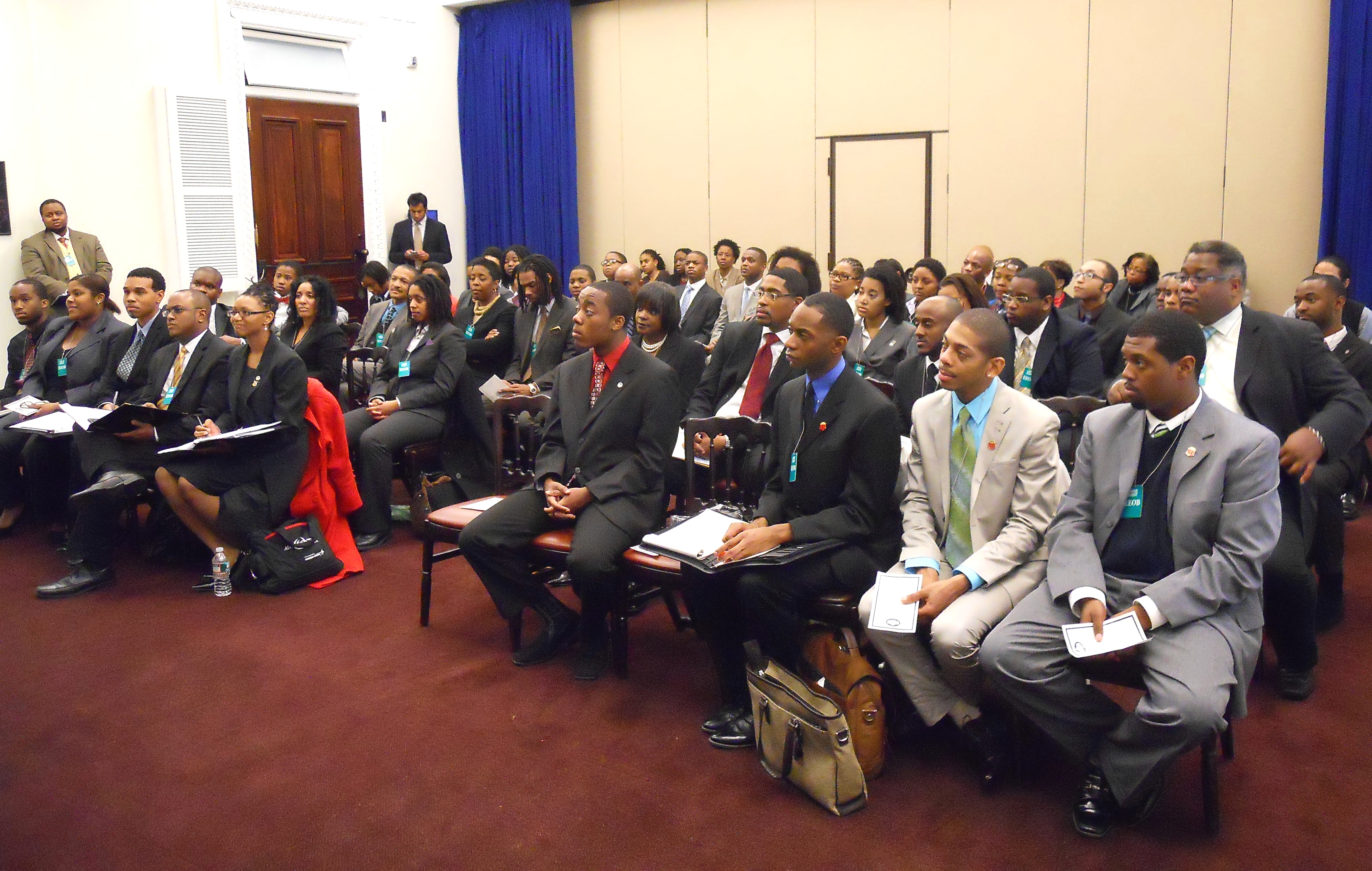 Brian Bond, Deputy Director of the Office of Public Engagement (OPE), organized the event and introduced Senior Advisor to the President, Valerie Jarrett, who opened the discussion by welcoming the students and encouraging them to continue to be courageous leaders and strong advocates in their communities. She urged them to work with The White House as the Administration continues to make considerable strides towards LGBT equality. The students also heard from Dr. Raphael Bostic, Housing and Urban Development’s (HUD) Assistant Secretary for Policy and Development Research, and Dr. Garth Graham, Deputy Assistant Secretary for Minority Health at Human Health Services (HHS), both of whom are involved in important work relevant to the LGBT community and advancing equality more broadly.  The students raised questions for both Dr. Bostic and Dr. Graham ranging from curiosity about their professional trajectories to questions on federal housing regulation and the national HIV/AIDS epidemic.

Some Administration officials shared their experience growing up, some with coming out, and others shared the paths that led them to represent the President. OPE Associate Directors Kalpen Modi and Michael Blake spoke to the group about student engagement on college campuses while reiterating the importance of fighting for equality on all fronts.  Deputy Social Secretary Ebs Burnough and Department of Defense Fellow Tanisha Dozier spoke to the intersections of ethnicity and sexual orientation as they have experienced it and provided insight into their challenges and successes in pursuing their passion for government.  Hearing from so many members of the Administration, several of whom are former White House interns, prompted a fruitful discussion on how these students could apply for internships and fellowships at the White House and pursue long term careers in public service.

The very next day I received a touching email from one of the students in attendance who thanked me for sharing my own story and who appreciated the Administration taking to time “to connect to those of us who have secretly wondered: if our potential success could ever be limited by our sexuality.”  The student closed his letter by saying that the roundtable discussion “helped [him] to remember that [he is] truly part of a community.”   This roundtable discussion left a room full of America’s future and current leaders inspired and encouraged to win the future.