Today’s employment report shows that private sector payrolls increased by 222,000 in February, marking 12 consecutive months of growth that has added 1.5 million jobs at private firms. The unemployment rate fell for the third straight month to 8.9 percent. The 0.9 percentage point drop in the unemployment rate over the past three months is the largest such decline since 1983, and it has been driven primarily by increased employment, rather than falling labor force participation.

Though unemployment remains elevated, we are seeing signs that the initiatives put in place by this Administration – such as the payroll tax cut and business tax incentives for investment – are creating the conditions for sustained growth and job creation. The steep decline in the unemployment rate and the overall trend of economic data in recent months has been encouraging, but there is still considerable work to do to replace the jobs lost in the downturn. We will continue to work with Congress to find ways to reduce spending, but not at the expense of derailing progress in the job market, making the investments we need to educate our workers, investing in science, and building the infrastructure our companies need to succeed. 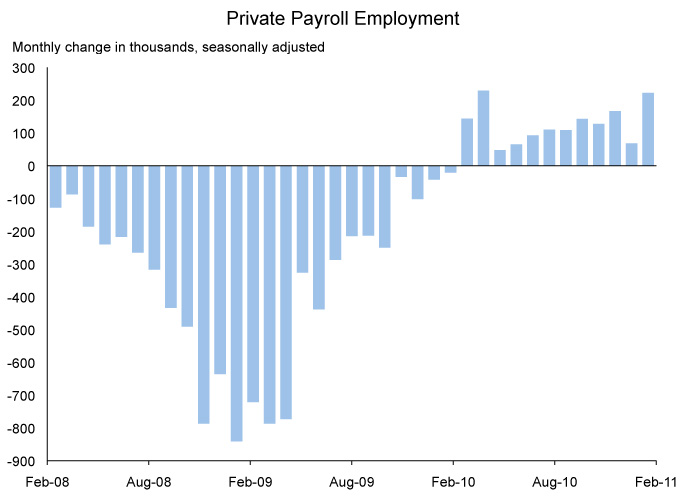