Show and Tell With President Obama and Prime Minister Gillard

On Monday, President Obama traveled to Arlington, Virginia with Australian Prime Minister Julia Gillard. The two visited an AP History class at Wakefield High School, where students had the chance to ask questions about schools in Australia, the recent flooding, Australian rules football, and even Vegemite.

President Obama highlighted Prime Minister Gillard's upcoming address to a joint session of Congress, and praised the long-standing friendship between our two countries:

This is Prime Minister Julia Gillard.  She has come all the way from Australia.  She will be addressing a joint session of Congress, which is a very unique honor.  Few heads of state get the privilege of addressing a joint session of Congress.  But the reason that she’s been asked to do this is because we have as close of an alliance with Australia as any country in the world.  We have a shared democracy.  We have shared values.  Their football is a little different than ours.  (Laughter.)

But there are very few countries where we’ve got such a close bond and such a unique bond.  And that dates back for decades.  But it’s also manifest today where, for example, Australia is one of the leading coalition partners in Afghanistan, so our soldiers are fighting side by side.  We cooperate on a whole range of security issues and economic issues.  The reason we wanted to stop by a school was in part because Prime Minister Gillard used to be the minister of education in Australia.  So she takes a great interest in how our young people are developing and how we’re preparing them for the 21st-century economy.

So we are thrilled to have her here.

You can read the full transcript of the classroom visit here, and watch statements to the press by President Obama and Prime Minister Gillard. 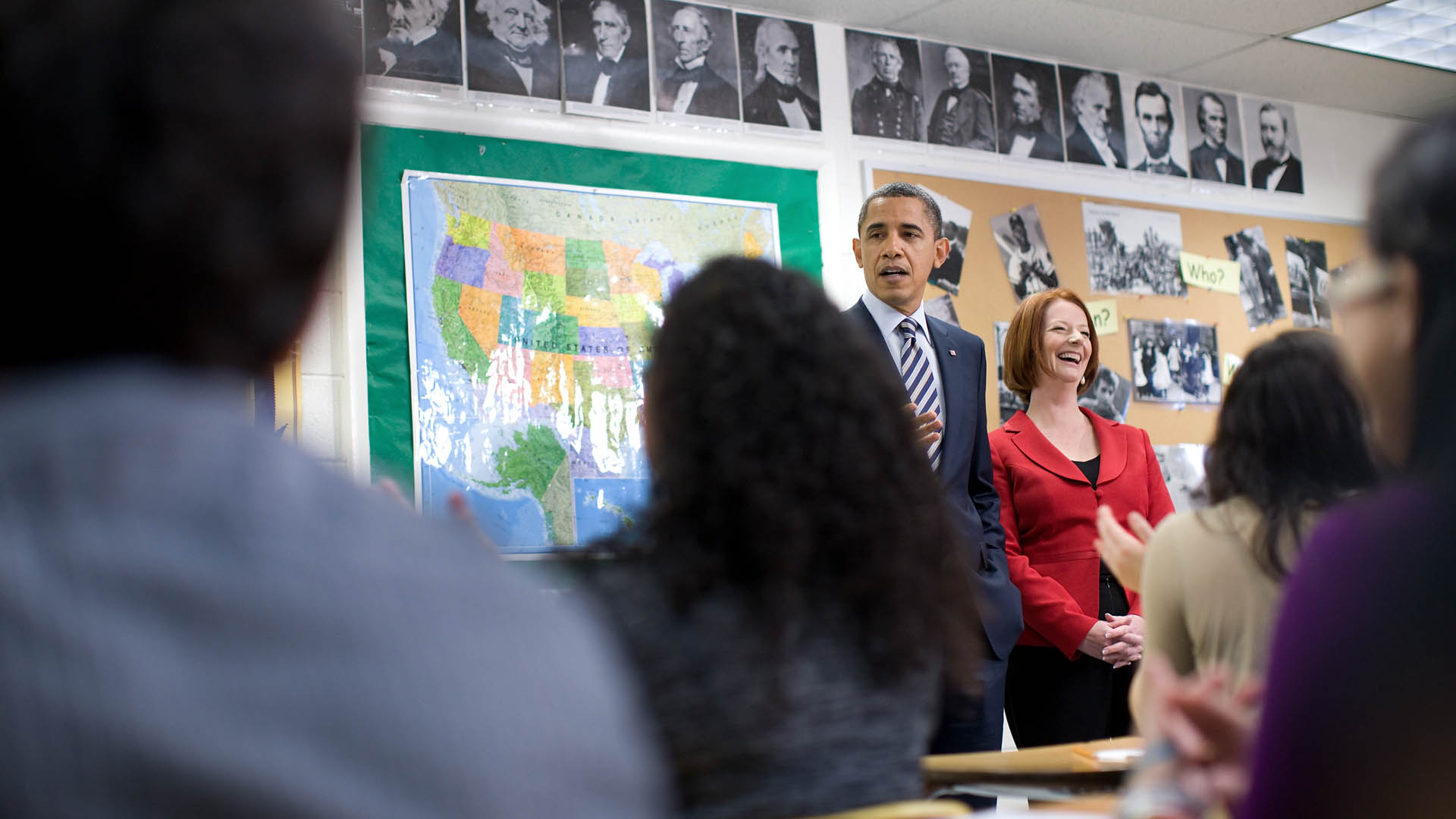