March 8, 2011 at 4:19 PM ET by Ken Salazar
Twitter Facebook Email
Summary:
Secretary of the Interior Ken Salazar commemorates the courage and leadership of Cesar Chavez and other farm labor advocates.

On February 21st I traveled to Delano, California to honor the life and legacy of César Chávez and to designate the “Forty Acres” site as a National Historic Landmark. It truly was a momentous occasion to bring recognition to the home of the farm worker movement; the place where Chávez led civil rights and social reform in the 60’s and 70’s. 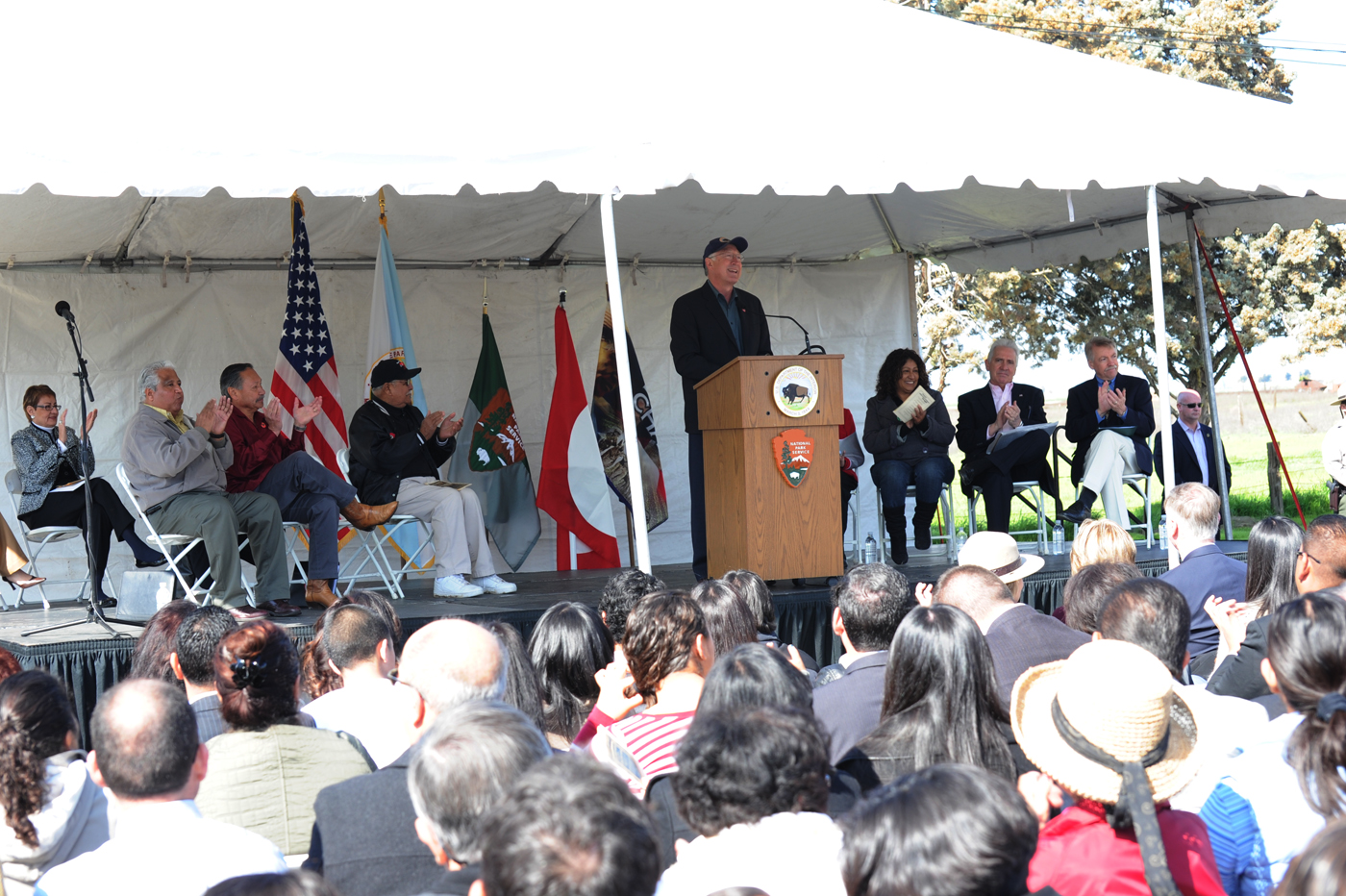 It was through Chávez’s tireless leadership and commitment to non violent protests that focused national attention on farm workers’ issues. Through boycotts, pickets and fasts, Chávez raised our nation’s awareness to the struggles of farm workers and the quest for fair pay, safer working conditions and the importance and dignity of the migrant laborers.

Hundreds of people turned out for this dedication, from the many volunteers who marched with Chávez, to the farm workers who gained dignity and respect through the creation of the United Farm Workers union, to those who today, are still inspired and empowered by Chávez’s commitment to improving the lives of our most forgotten.

We should all be inspired by César Chávez. His leadership, tireless work ethic, and selfless sacrifice helped forge a new era of justice for millions of farm workers and gave them hope for a better future, both for themselves and for their children. He’s an American hero and one of the great civil rights icons of our country’s history. By recognizing the Forty Acres site as a National Historic Landmark we are ensuring that César Chávez’s story, and the story of all who struggled with him, is remembered, honored, and passed along to future generations.

Ken Salazar is Secretary of the U.S. Department of the Interior