March 11, 2011 at 3:17 PM ET by Jesse Lee
Twitter Facebook Email
Summary:
The President takes questions on a wide range of issues, but uses his opening remarks to offer condolences to Japan and discuss rising gas prices here at home.

From the tragedy in Japan, to turmoil in Libya and the related rising gas prices here at home, to the ongoing debate over the government’s budget, there was a great deal for the President to discuss during his press conference this afternoon.

During his opening remarks, though, he began with the earthquake that struck Japan and the tsunamis that resulted, explaining that US assistance is already en route, and that while there hasn’t been major damage to the US or its territories so far, FEMA is taking the situation very seriously.

Today’s events remind us of just how fragile life can be.  Our hearts go out to our friends in Japan and across the region and we’re going to stand with them as they recover and rebuild from this tragedy.

The President used the rest of his opening remarks before taking questions to discuss rising gas prices, which are a concern for virtually every family and business in the country.  He touched on the causes of the rise, ranging from world-wide economic recovery that has driven up demand and therefore prices, to the recent jolt resulting from the unrest in the Middle East and Libya.  He also touched on what is not causing the rise in prices, namely the fiction that his Administration has choked off oil production – as he noted, and as this White House fact sheet (pdf) explains in detail, our oil production reached its highest level in seven years last year and oil production from federal waters in the Gulf of Mexico reached an all-time high – “So any notion that my administration has shut down oil production might make for a good political sound bite, but it doesn’t match up with reality.” 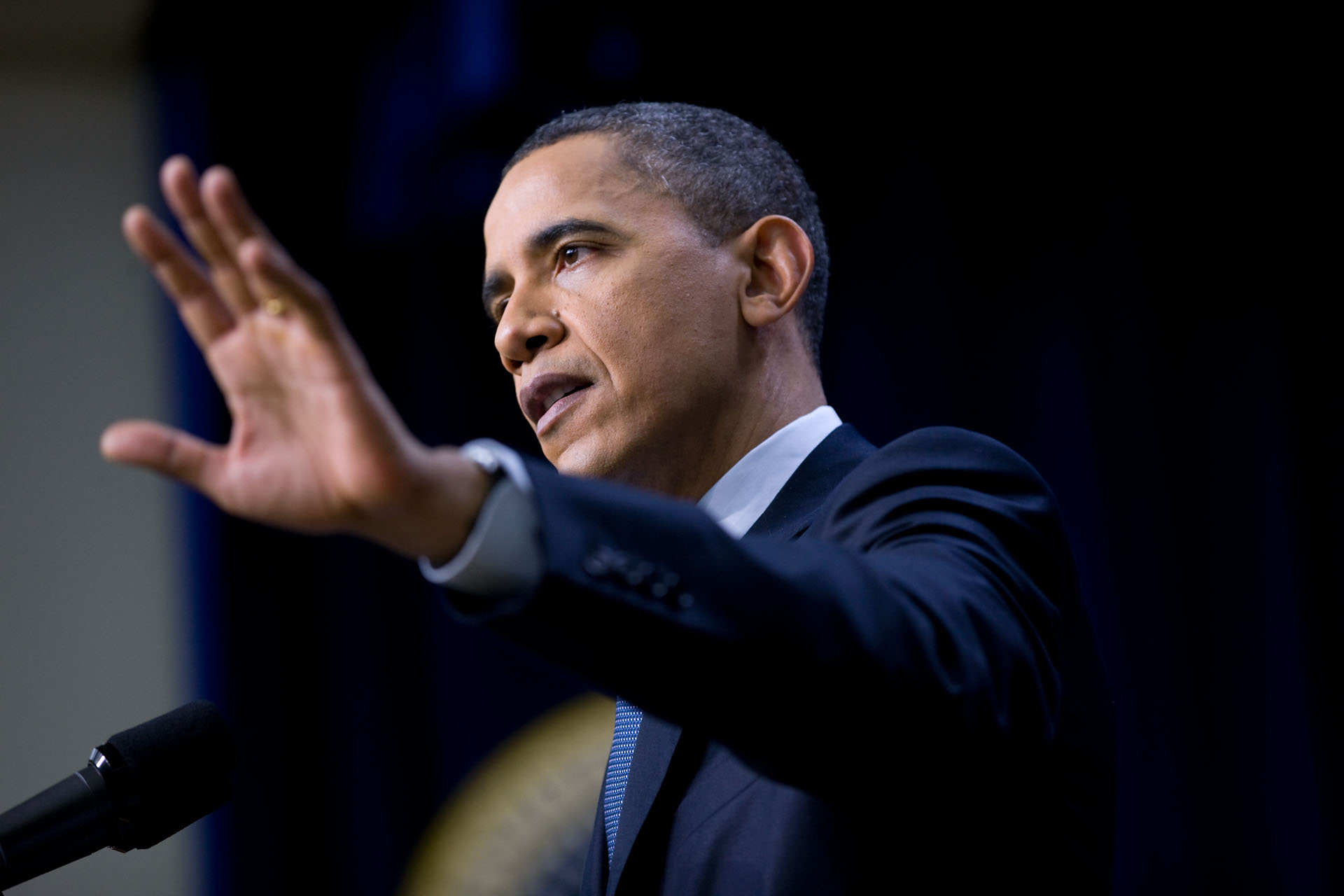 President Barack Obama answers questions from the media during a news conference in the South Court Auditorium of the White House, March 11, 2011. (Official White House Photo by Lawrence Jackson)

More importantly, he gave assurances that America and the world are better prepared to handle the sorts of disruptions we’re seeing now, so that the situation needn’t spiral out of control or imperil the economic recovery.  Other countries are stepping up their supplies to pick up the slack, America is using less oil in general and “we are prepared to tap the significant stockpile of oil that we have in the Strategic Petroleum Reserve,” and the Attorney General will be working with the relevant agencies and states to monitor for any price gouging or manipulation.

But as the President has said consistently, the only way to avoid these sorts of spikes and burdens that come with them will ultimately be the transition away from oil over time, which is why he made the most significant investments in clean energy in history and why it is important to maintain those investments if we want our kids to live in an America that isn’t dependent on the fluctuations of oil prices or the stability of unfriendly regimes abroad:

But the bottom line is this.  We’ve been having this conversation for nearly four decades now.  Every few years, gas prices go up; politicians pull out the same old political playbook, and then nothing changes.  And when prices go back down, we slip back into a trance.  And then when prices go up, suddenly we’re shocked.  I think the American people are tired of that.  I think they’re tired of talk.  We’ve got to work together – Democrats, Republicans, and everybody in between –- to finally secure America’s energy future.  I don’t want to leave this for the next President, and none of us should want to leave it for our kids.