March 15, 2011 at 5:17 PM ET by
Twitter Facebook Email
Summary:
President Obama meets with 40 science and math superstars, representative of the kinds of students the United States needs to out-educate our global competitors. 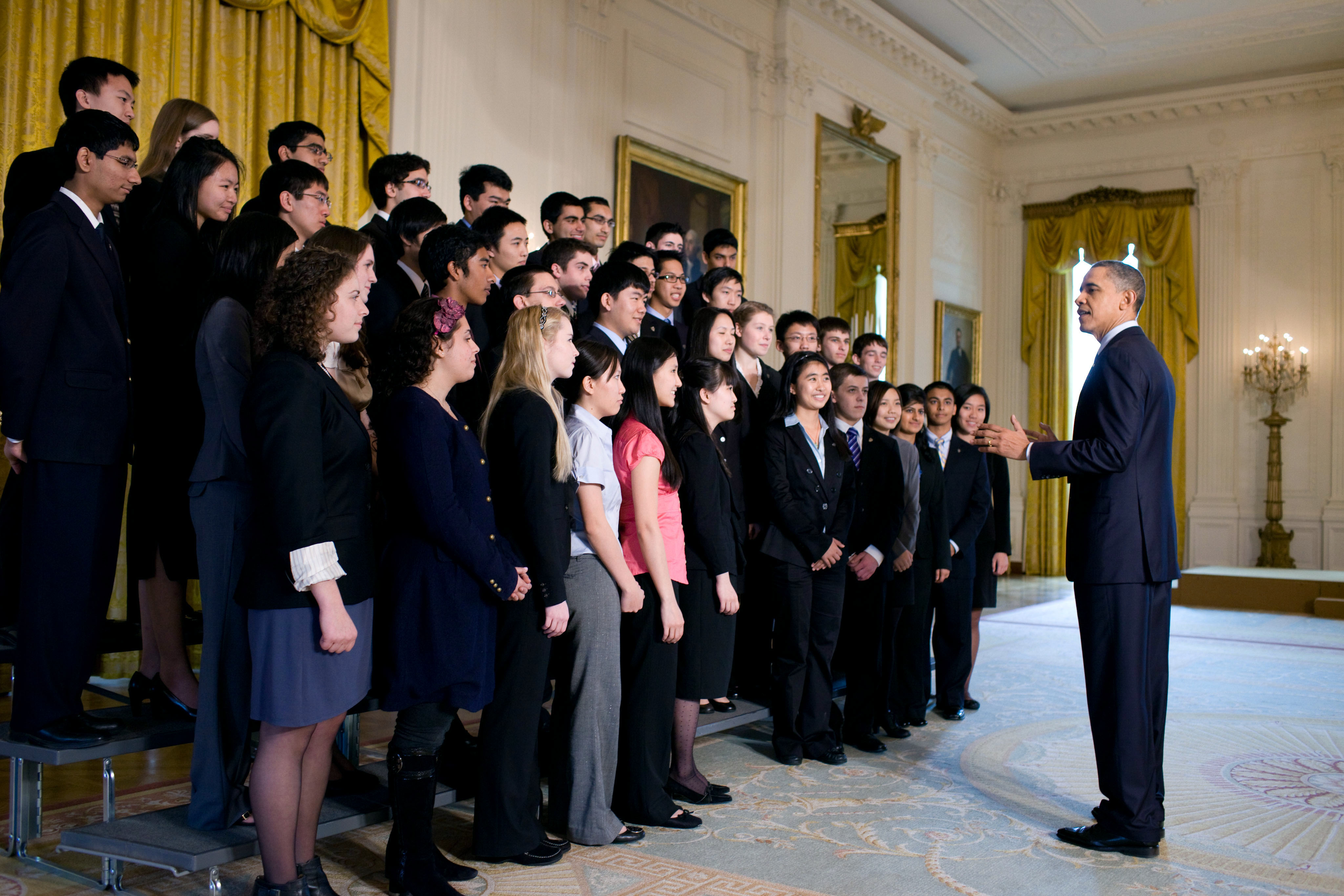 The President congratulated the students for embodying what is needed to out-educate our global competitors, adding that as the next generation of scientists, engineers, and technological leaders, their success is crucial for America to win the future.  The students also stand out as role models for the benefits of high-quality science, technology, engineering, and math, or STEM, education in the United States, a key priority for the President.

The 40 high school STEM superstars have been in Washington, DC since Thursday for final judging of their projects.  While in DC, they had the opportunity to meet with scientists and publicly display their work (which includes projects like Automatic Parallelization through Dynamic Analysis and Traveling the Interplanetary Superhighway: An Autonomous Spacecraft Navigation System). Tonight the final winners will be announced at a ceremony, where the top prize of $100,000 will be awarded.

The Intel Science Talent Search is one of the most highly-regarded science research competitions in the country.  Many past Science Talent Search participants have gone on to distinguished careers, including seven Nobel laureates, four National Medal of Science winners, 11 MacArthur Foundation Fellows, and two Fields Medalists (as well as one Academy Award winner—Natalie Portman!).

This year’s finalists include 16 girls and 24 boys who represent 39 schools in 15 states and were selected from over 1,700 applications tied to cutting edge research.  President Obama applauds the work of these young innovators and of pioneering minds throughout the Nation.