President Obama: "We Will Stand with the People of Japan"

March 17, 2011 at 4:34 PM ET by Jesse Lee
Twitter Facebook Email
Summary:
Having just returned from the Japanese Embassy where he wrote a message in a condolence book for victims, the President speaks at the White House on the tragic events in Japan.

Ed. Note: Watch a special video from the State Department with the President's message in the condolence book.

Having just returned from the Japanese Embassy where he wrote a message in a condolence book for victims, the President spoke at the White House on the tragic events in Japan.  He made clear that the American government is helping in any way it can, is working for the safety of Americans in the country, and that the American West Coast is not in danger even under worst case scenarios.  Read his full remarks below:

Good afternoon, everyone.  Over the last several days, the American people have been both heartbroken and deeply concerned about the developments in Japan.

We’ve seen an earthquake and tsunami render unimaginable -- an unimaginable toll of death and destruction on one of our closest friends and allies in the world.  And we’ve seen this powerful natural disaster cause even more catastrophe through its impact on nuclear reactors that bring peaceful energy to the people of Japan.

Today, I wanted to update the American people on what we know about the situation in Japan, what we’re doing to support American citizens and the safety of our own nuclear energy, and how we are helping the Japanese people contain the damage, recover and rebuild.

First, we are bringing all available resources to bear to closely monitor the situation, and to protect American citizens who may be in harm’s way.  Even as Japanese responders continue to do heroic work, we know that the damage to the nuclear reactors in Fukushima Daiichi plant poses a substantial risk to people who are nearby.  That is why yesterday, we called for an evacuation of American citizens who are within 50 miles of the plant.  This decision was based upon a careful scientific evaluation and the guidelines that we would use to keep our citizens safe here in the United States, or anywhere in the world.

Beyond this 50-mile radius, the risks do not currently call for an evacuation.  But we do have a responsibility to take prudent and precautionary measures to educate those Americans who may be endangered by exposure to radiation if the situation deteriorates.  That’s why last night I authorized the voluntary departures of family members and dependents of U.S. officials working in northeastern Japan.

All U.S. citizens in Japan should continue to carefully monitor the situation and follow the guidance of the U.S. and Japanese governments.  And those who are seeking assistance should contact our embassy and consulates, which continue to be open and operational.

Furthermore, the Centers for Disease Control and Prevention and public health experts do not recommend that people in the United States take precautionary measures beyond staying informed.  And going forward, we will continue to keep the American people fully updated -- because I believe that you must know what I know as President.

Here at home, nuclear power is also an important part of our own energy future, along with renewable sources like wind, solar, natural gas and clean coal.  Our nuclear power plants have undergone exhaustive study, and have been declared safe for any number of extreme contingencies.  But when we see a crisis like the one in Japan, we have a responsibility to learn from this event, and to draw from those lessons to ensure the safety and security of our people.

That’s why I’ve asked the Nuclear Regulatory Commission to do a comprehensive review of the safety of our domestic nuclear plants in light of the natural disaster that unfolded in Japan.

Finally, we are working aggressively to support our Japanese ally at this time of extraordinary challenge.  Search and rescue teams are on the ground in Japan to help the recovery effort.  A disaster assistance and response team is working to confront the aftermath of the earthquake and tsunami.  The U.S. military, which has helped to ensure the security of Japan for decades, is working around the clock.

To date, we’ve flown hundreds of missions to support the recovery efforts, and distributed thousands of pounds of food and water to the Japanese people.  We’ve also deployed some of our leading experts to help contain the damage at Japan’s nuclear reactors.  We’re sharing with them expertise, equipment, and technology so that the courageous responders on the scene have the benefit of American teamwork and support.

And the American people have also opened up their hearts.  Many have given generously to support the ongoing relief efforts.  The Red Cross is providing assistance to help meet the immediate needs of those who’ve been displaced.  And I would encourage anybody who wants to lend a hand to go to usaid.gov to learn more -- that’s usaid.gov -- to find out how you can be helpful.

As I told Prime Minister Kan last night, and reaffirmed at the Japanese embassy here in Washington today, the Japanese people are not alone in this time of great trial and sorrow.  Across the Pacific, they will find a hand of support extended from the United States as they get back on their feet.  After all, we have an alliance that was forged more than a half century ago, and strengthened by shared interests and democratic values.  Our people share ties of family, ties of culture, and ties of commerce.  Our troops have served to protect Japan’s shores, and our citizens have found opportunity and friendship in Japan’s cities and towns.

Above all, I am confident that Japan will recover and rebuild because of the strength and spirit of the Japanese people.  Over the last few days, they’ve opened up their homes to one another.  They’ve shared scarce resources of food and water. They’ve organized shelters, provided free medical care, and looked out for their most vulnerable citizens.  One man put it simply:  “It’s a Japanese thing.  When hard times hit, we have to help each other.”

In these hard times, there remains, nevertheless, hope for the future.  In one small town that had been flattened by the tsunami, emergency workers rescued a four-month-old baby who had been swept out of her parents’ arms and stranded for days among the debris.  No one can say for certain just how she survived the water and the wreckage around her.  There is a mystery in the course of human events.

But in the midst of economic recovery and global upheaval, disasters like this remind us of the common humanity that we share.  We see it in the responders who are risking their lives at Fukushima.  We show it through the help that has poured into Japan from 70 countries.  And we hear it in the cries of a child, miraculously pulled from the rubble.

In the coming days, we will continue to do everything we can to ensure the safety of American citizens and the security of our sources of energy.  And we will stand with the people of Japan as they contain this crisis, recover from this hardship, and rebuild their great nation. 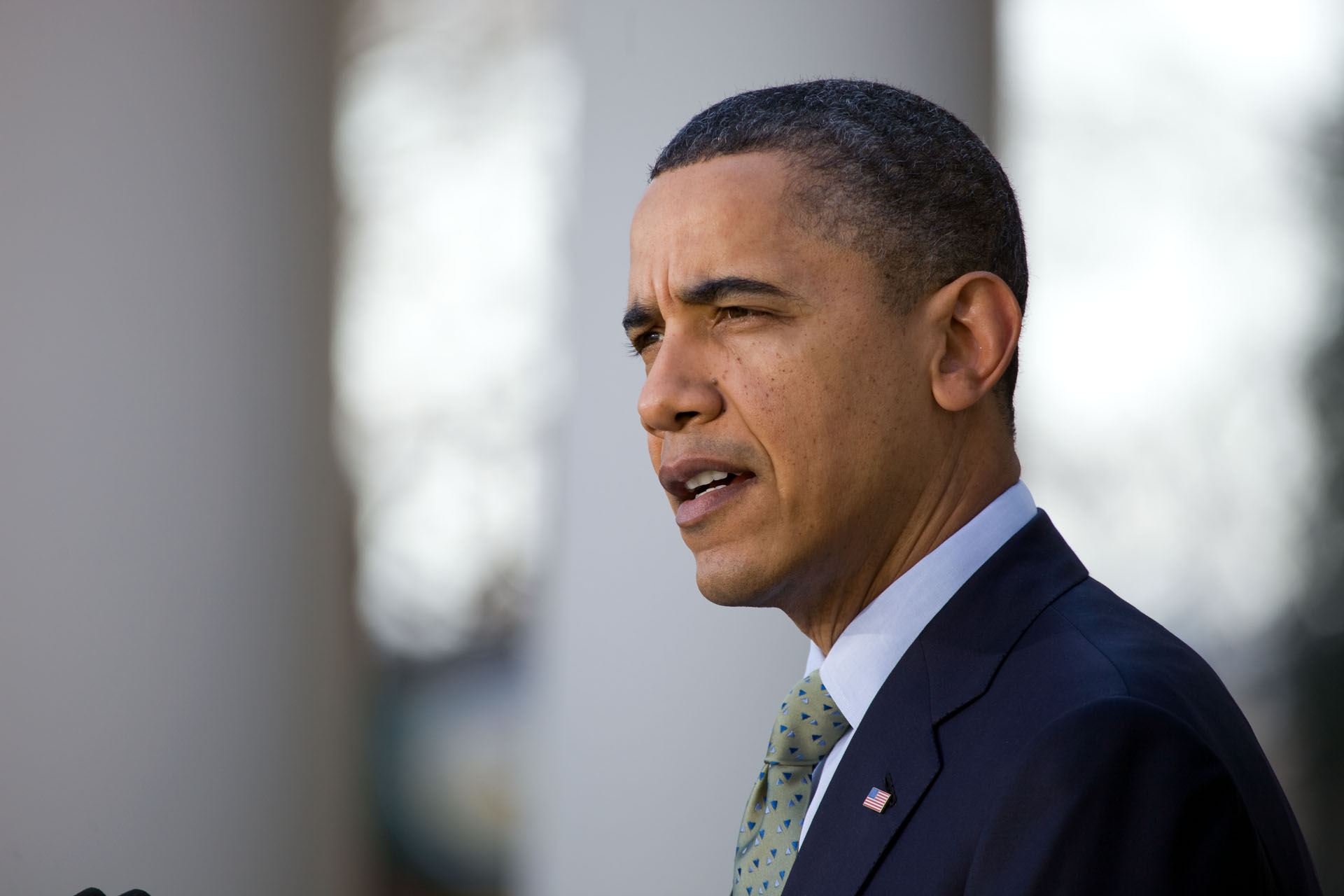 President Barack Obama makes a statement to the press regarding the earthquake, tsunami and nuclear disaster in Japan, in the Rose Garden of the White House, March 17, 2011. (Official White House Photo by Chuck Kennedy)