"Together We Can Advance Our Common Prosperity": The President Speaks to the People of Brazil

March 21, 2011 at 3:05 PM ET by Jesse Lee
Twitter Facebook Email
Summary:
President Obama speaks in Rio de Janeiro, Brazil about the common economic goals of Brazil and the United States, and about our goal to protect the human rights of the people of Libya.

President Obama's first stop on his visit to Latin America was in Brazil, the largest country in the region in geography, population, and economic size. He spoke to the people of Brazil from the country's largest city, Rio de Janeiro, and addressed the shared economic goals of Americans and Brazilians:

Together we can advance our common prosperity.  As two of the world’s largest economies, we worked side by side during the financial crisis to restore growth and confidence.  And to keep our economies growing, we know what’s necessary in both of our nations.  We need a skilled, educated workforce -- which is why American and Brazilian companies have pledged to help increase student exchanges between our two nations.

We need a commitment to innovation and technology -- which is why we've agreed to expand cooperation between our scientists, researchers, and engineers.

We need world-class infrastructure -- which is why American companies want to help you build and prepare this city for Olympic success.

In a global economy, the United States and Brazil should expand trade, expand investment, so that we create new jobs and new opportunities in both of our nations.  And that's why we're working to break down barriers to doing business.  That's why we're building closer relationships between our workers and our entrepreneurs.

The President also spoke of the tremendous progress Brazil has made in recent decades in the arena of democracy and human rights. President Obama reiterated the commitment of the United States to protecting the human rights of the people of Libya:

No one can say for certain how this change will end, but I do know that change is not something that we should fear.  When young people insist that the currents of history are on the move, the burdens of the past can be washed away.  When men and women peacefully claim their human rights, our own common humanity is enhanced.  Wherever the light of freedom is lit, the world becomes a brighter place. 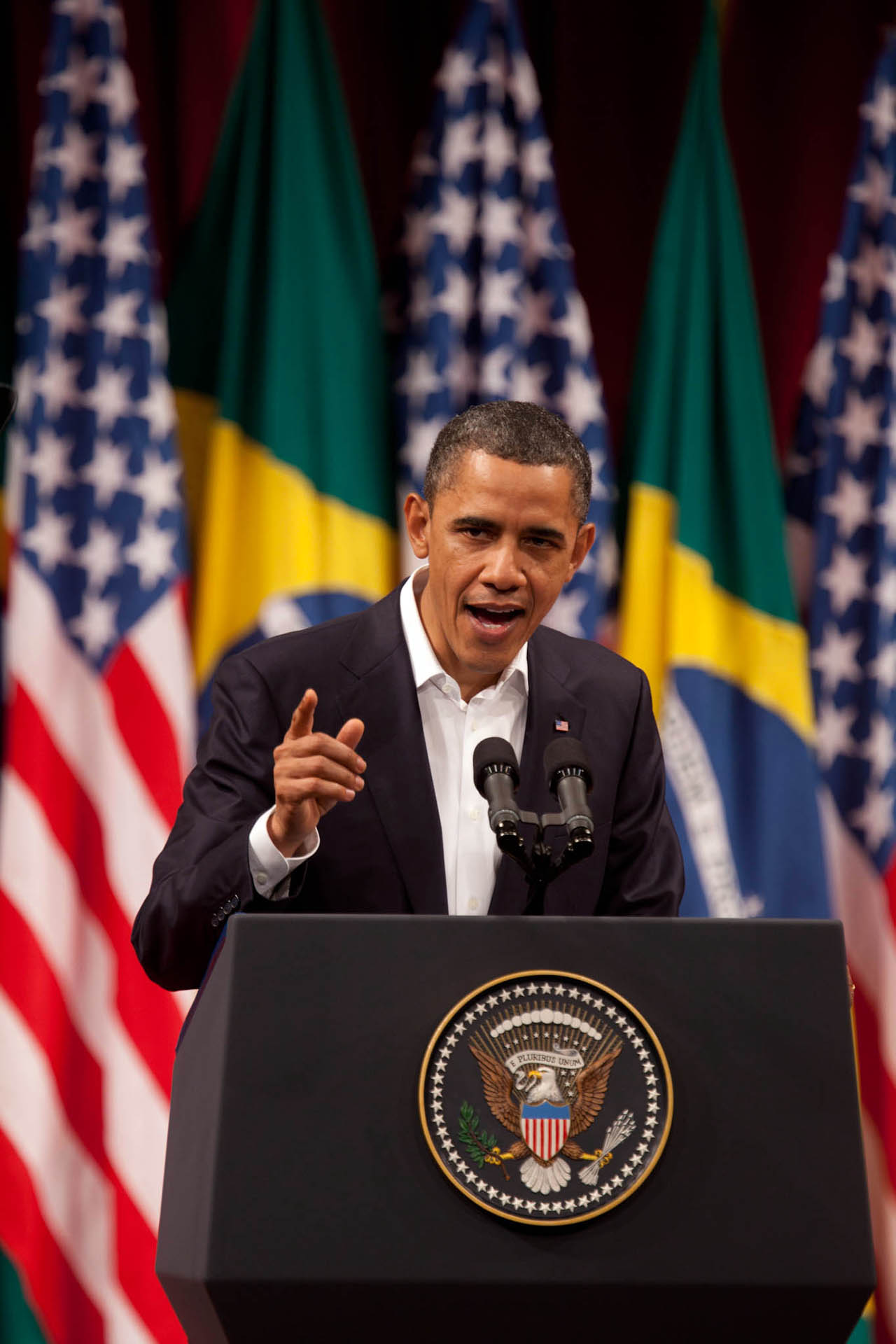