A Call to Action on College Completion

March 23, 2011 at 11:59 AM ET by Brian Levine
Twitter Facebook Email
Summary:
Vice President Biden emphasizes the need to increase America's college graduation rates to provide our economy with the educated workforce needed for the jobs of the future. 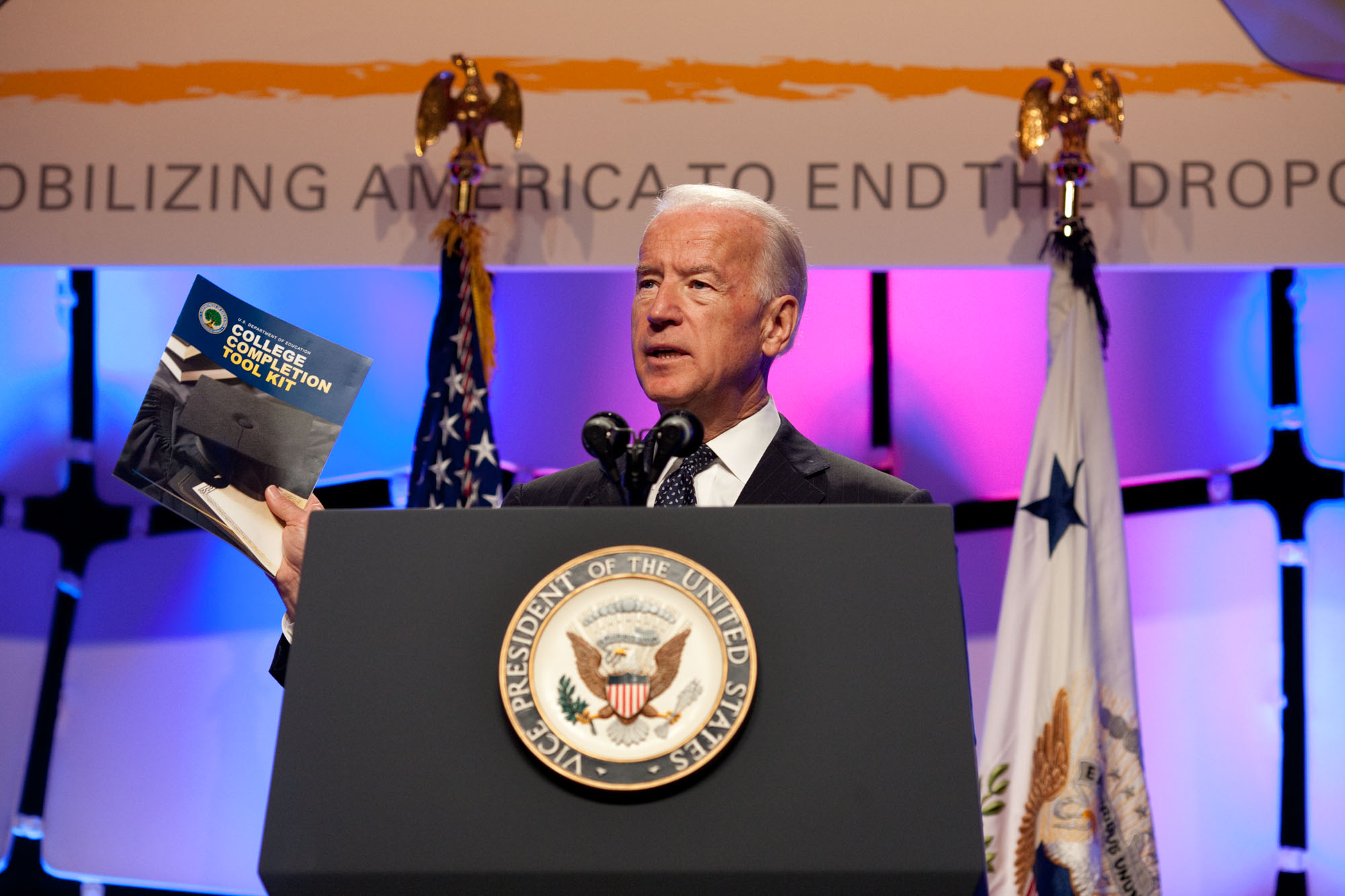 College access and affordability has been a key area of focus for the Middle Class Task Force over the last two years.  On this blog, we have frequently updated you on our Administration’s commitment to expanding student aid through Pell Grants and the American Opportunity Tax Credit.

Providing every American child with the opportunity to go to college is critically important, but we can’t stop there.  We need more American students to graduate from college.  The President has set a clear goal: By 2020, America will have the highest proportion of college graduates in the world.  Right now we are ninth.

70 percent of students go on to pursue some kind of postsecondary education after high school, but less than half actually get a degree or certificate within 6 years.  Why is this so important? Because more than half of all new jobs created in the next decade will require a postsecondary degree.  And college graduates make more money and are less likely to be unemployed than individuals with only a high school diploma.  Ensuring that more students graduate from college is essential to maintaining a strong middle class.

Today the Vice President challenged every Governor to host a state college completion summit, and promised that the Department of Education would help any state develop a plan to boost completion.

The Vice President also announced the release of a new “College Completion Tool Kit,” produced by the Department of Education.  The tool kit includes information on seven low-cost or no-cost strategies that states can use to boost completion.  For example:

Finally, the Vice President announced that the Department of Education is launching a new grant competition to reward colleges that come up with innovative plans for boosting completion, like summer academic boot camps for students between high school and their freshman year; redesigned courses that make learning more interactive; and emergency financial aid for unexpected crises. We are looking for plans with the potential to become national models.

As the Vice President said today, “right now we’ve got an education system that works like a funnel when we need it to work like a pipeline. We have to make the same commitment to getting folks across the graduation stage that we did to getting them into the registrar’s office.”