President Obama participated in an historical town hall event focused on education and the Latino community this morning at Bell Multicultural High School, a dual-language school situated in the heart of the Hispanic community in Columbia Heights in the nation’s capitol.  It’s a school 66 percent Hispanic, 37 percent English language learners and where 90 percent of the students are eligible for free or reduced lunch. Hosted by Univision, this community conversation gave the President a chance to talk directly to Hispanic students, parents and their teachers about the importance of education in the rapidly growing Latino community and the country as a whole. 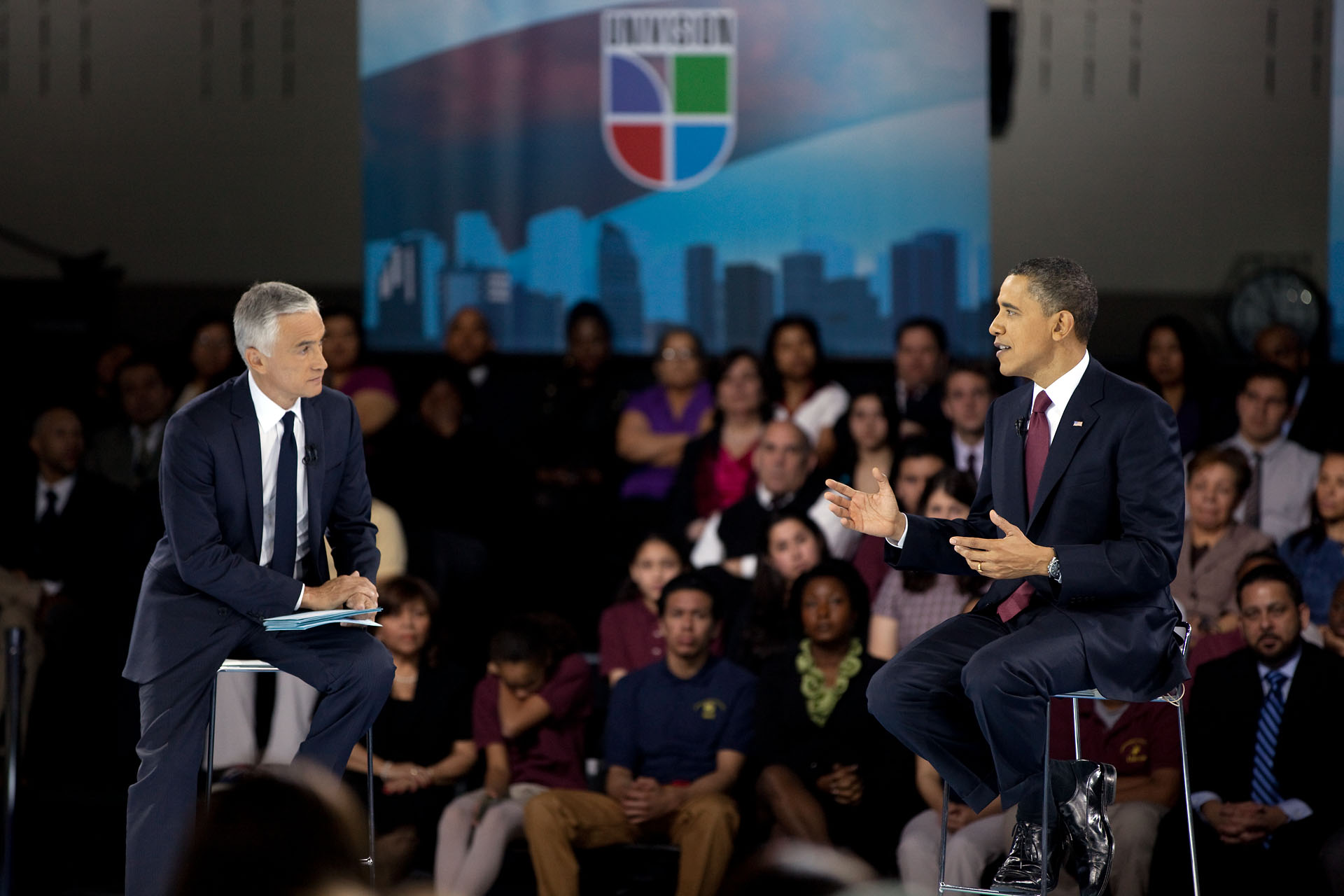 In his State of the Union address the President laid out his vision for how America can win the future—we need to out-educate, out-innovate, and out-build the rest of the world.  He has also challenged us to have the best-educated workforce in the world by having the highest proportion of college graduates of any country by 2020.  The U.S. used to be number one, as recently as 2000.  We’re now ninth in the world.

The only way we can achieve these goals is to clearly understand that the future of America is inextricably linked to the future of the Latino community.  At more than 54 million strong – including nearly 4 million in Puerto Rico -- Hispanics are both the largest and fastest-growing minority group, yet they have the lowest education attainment levels of any group in the country.   In the 21st century global economy, the fact that Latinos will form a larger growing portion of the American workforce makes this challenge even more central to the nation: as more Americans retire, this will be the population that retirees and the rest of America depends upon.Latinos number more than 12 million students in America’s public schools and make up more than 1 in 5 (22 percent) of all pre-K-12 public school students.  Yet, less than half of Latino children are enrolled in any early learning program.  Only about half of Latino children earn their high school diploma on time; those who do finish high school are only half as likely as their peers to be prepared for college.  Only 13 percent of Latinos hold a bachelor’s degree, and just four percent have completed graduate or professional degree programs.  For the Hispanic community, there is a lot work to be done across the entire education spectrum.

The only way we can make change happen in the Latino community is to make sure everyone brings their self-interests and talents to the table—students, parents, and families working hand-in-hand with teachers and principals; superintendents collaborating more closely with community college and four-year university education leaders; governors, mayors, and other elected officials partnering with the business, philanthropic, nonprofit, and grassroots sectors; everyone sharing the responsibility for helping us win the future.
Our office has been fortunate to connect with the Latino community in over 100 different cities in nearly 40 states, D.C. and Puerto Rico over the past year and a half.  In each city, one message has been crystal clear: education is the path to the American Dream for the Hispanic community.  On Monday, you’ll get the chance to hear the President talk about his vision for how we help Latino kids and all students succeed—from cradle to career.

I hope you watch the broadcast airing on the Univision network at 7 pm ET/PT and 6 pm CT/MT on Monday, March 28.  You can also see it streamed online at www.EsElMomento.com in English and Spanish and simulcast on Univision Radio.  When you do, let us know what you think.  What do you think it will take for Latinos to increase their education attainment levels and help America win the future?

To keep up with the activities of the White House Initiative, follow them at Ed.gov or on Facebook.