March 30, 2011 at 12:16 PM ET by
Twitter Facebook Email
Summary:
The President dropped in on the New York City Science Fair—a venue that pretty much sums up the meaning of “win the future." And the reason why? “Whenever I get a chance to go to a science fair, I go," the President said. 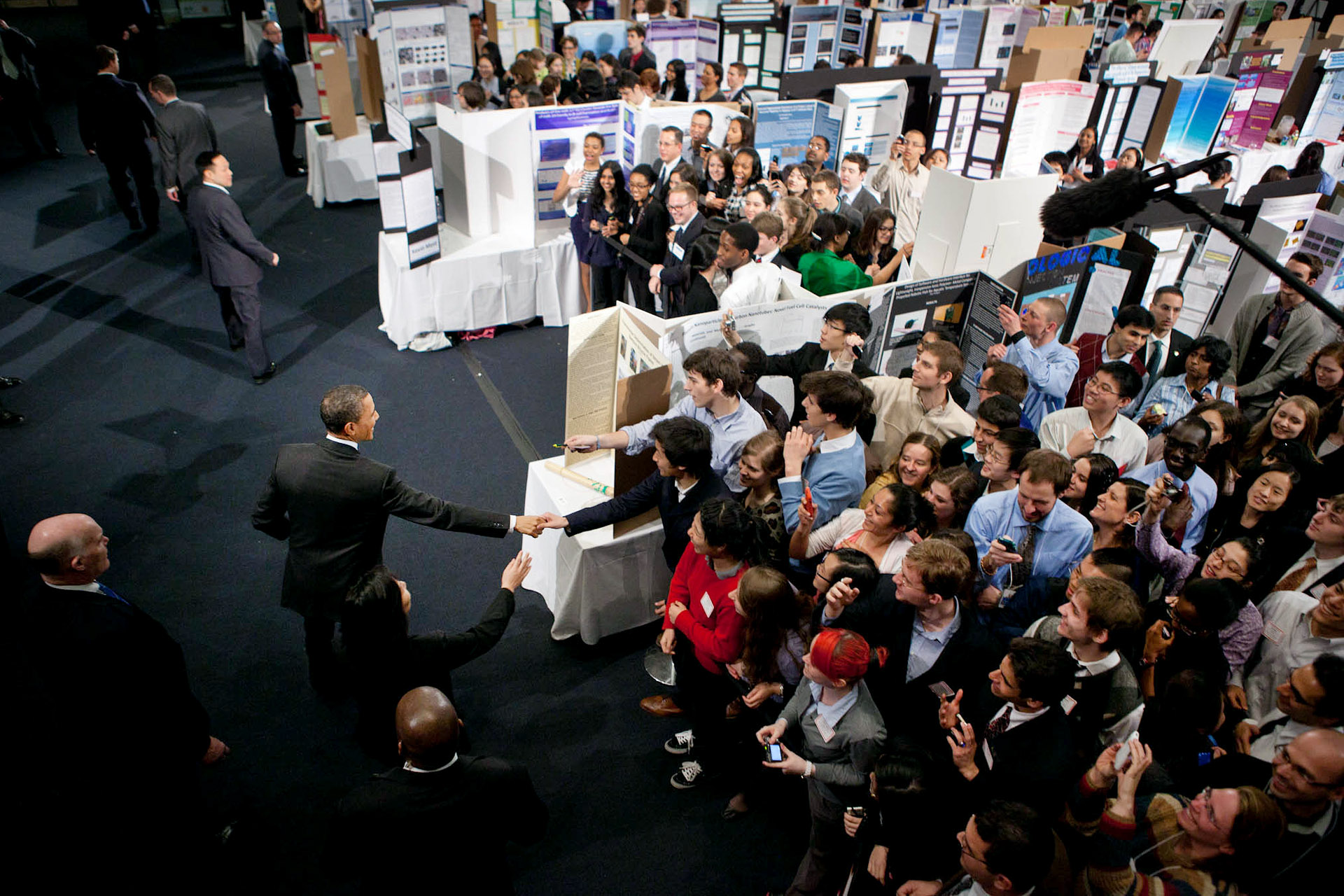 During his trip to New York City yesterday, and between interviews with three network news anchors and a speech dedicating a new building to late-Secretary of Commerce Ron Brown, President Obama made an unexpected detour.  The President dropped in on the New York City Science Fair—a venue that pretty much sums up the meaning of “win the future."  And the reason why?  “Whenever I get a chance to go to a science fair, I go," the President said.

Science is so critical to our future, to tackling the energy challenge and creating new industries and jobs of the future, that the President often gets personally involved, as he did with Astronomy Night at on the South Lawn and the White House Science Fair.  But the President doesn’t deal with science only at fairs. Recognizing the centrality of science and engineering to the Nation’s economic prosperity and national security, he has brought into his Administration a top-notch team of accomplished scientists and technical experts who advise him regularly, including three Nobel prize winners in science (Steven Chu, Harold Varmus, and Carl Wieman) and two more as members of the President’s Council of Advisors on Science and Technology (Mario Molina and Ahmed Zewail).  The head of the Environmental Protection Agency is Lisa Jackson, a chemical engineer.  Marine ecologist and environmental scientist Jane Lubchenco leads the National Oceanic and Atmospheric Administration, and four-time astronaut Charlie Bolden is the Administrator of NASA.  The President’s science and technology advisor in the White House, John Holdren, holds advanced degrees in aerospace engineering and theoretical plasma physics.

By the scientists he has appointed, as well as by the budgets he’s proposed—as reflected by the largest investment in science and innovation in our Nation’s history—and by the policies and processes he has followed to apply science to some of our most challenging problems, including evidence-based decision-making in energy, agriculture, climate, and resource management, the President’s enthusiasm and respect for science as a driver of policy has been unwavering.

As the President has noted, science fairs and other opportunities for scientific tinkering can be wonderful beginnings of adult careers. Speaking to space scientists this morning at a symposium honoring the rocketry pioneer Robert Goddard, Dr. Holdren confessed to “making solid rockets out of my mother’s discarded lipstick tubes at age 10.”  Look at the career those lipstick tubes helped launch!

So that left us wondering—what were the most innovative science fair projects you can remember seeing or doing? What ideas would you like to see displayed on a small table or posterboard? Because often times, those ideas translate into real-world solutions to some of the grand challenges that face our world.

Tweet your past science fair projects or future ideas @whitehouseostp or @whitehouse, with the hashtag #WHscifair.  And I expect something more than a model of the solar system.