This afternoon, President Obama unveils his green fleet initiative which ensures that by 2015, all new vehicles purchased for Americas's federal agencies will be electric, gas-electric hybrid, or alternatively fueled.

I will stand alongside the President when he makes that announcement because the Department of Transportation will do whatever we can to support this bold new goal.

The transportation sector accounts for two-thirds of the United States’ oil use and contributes one-third of the nation’s greenhouse gas emissions.  After housing, transportation is the second biggest monthly expense for most American families.  Reducing the gas consumed by our federal fleet will help relieve some of the upward pressure on gas prices.

As the President said earlier this week, “In an economy that relies so heavily on oil, rising prices at the pump affect everybody.”

We have the opportunity, and the obligation, to take action.  We can change both the types and the amounts of energy that our transportation systems use while also creating good, high-paying jobs and easing everyone’s burden at the pump.

The Administration is already leading by example on this one. Since taking office, President Obama has doubled the number of hybrids in the government’s fleet of 600,000 vehicles.

President Obama is also right when he says that electric vehicles offer one solution.  They’re on the market, more are coming, and people are excited to buy them.  DOT has already awarded grants to help develop charging stations for these vehicles, and communities across America--from Baltimore to Houston to Seattle are beginning to have more and more of these stations available.

Through historic fuel economy standards, we’ve also made sure the gasoline-powered vehicles purchased by the federal government prior to President Obama's 2015 deadline will also run more efficiently and use less gas.

Reducing the amount of gas consumed by our federal fleet and by America's private vehicles will lower overall fuel demand, helping to keep gas prices lower than they would otherwise be, and save all of us from spending a fortune to fill up. This comprehensive national program is also projected to save 500 million barrels of oil over the lives of the vehicles produced within the first five years of these new standards.

DOT’s Research and Innovative Technology Administration explores the full range of alternative fuels needed to meet our energy sustainability goals.  Their researchers are investigating hydrogen fuel-cell and biofuel transportation technologies that could someday greatly reduce or eliminate our dependence on foreign oil sources.  Already hydrogen refueling stations are popping up to serve the growing number of fuel-cell vehicles on our roadways.

Now, we can’t just wave a magic wand and end our reliance on oil overnight. But under President Obama’s leadership, we are progressing down the path toward sustainability, a cleaner environment, and more livable communities. 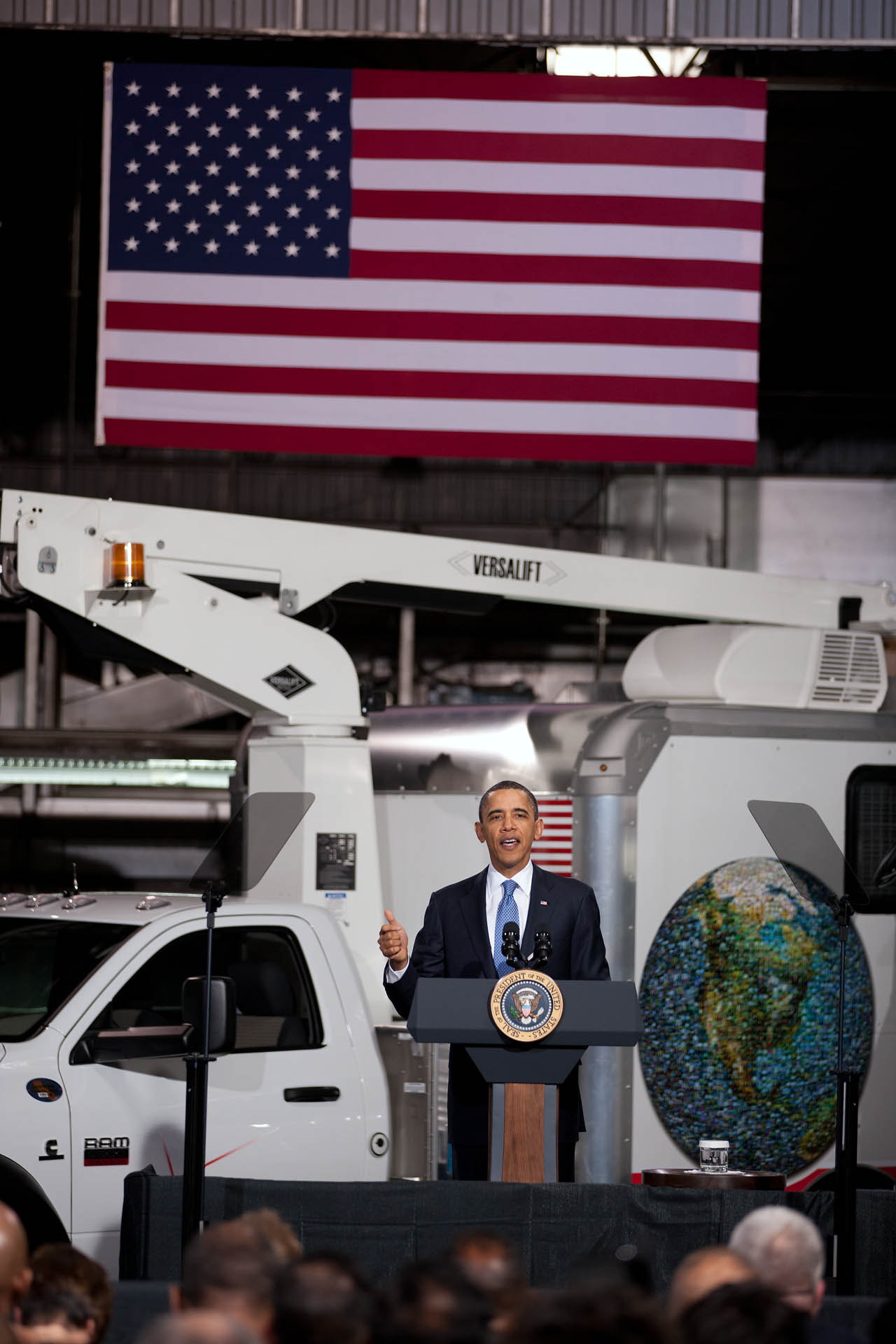