April 5, 2011 at 10:24 AM ET by Carl Wieman and Mary Maxon
Twitter Facebook Email
Summary:
How fast does grass grow? Does the design of a bridge have an effect on its weight-bearing capacity? What are the health effects of hand washing? Students competing in the 2011 D.C. Science and Engineering Fair addressed these and many other questions with research projects featured this weekend at the D.C. Armory. 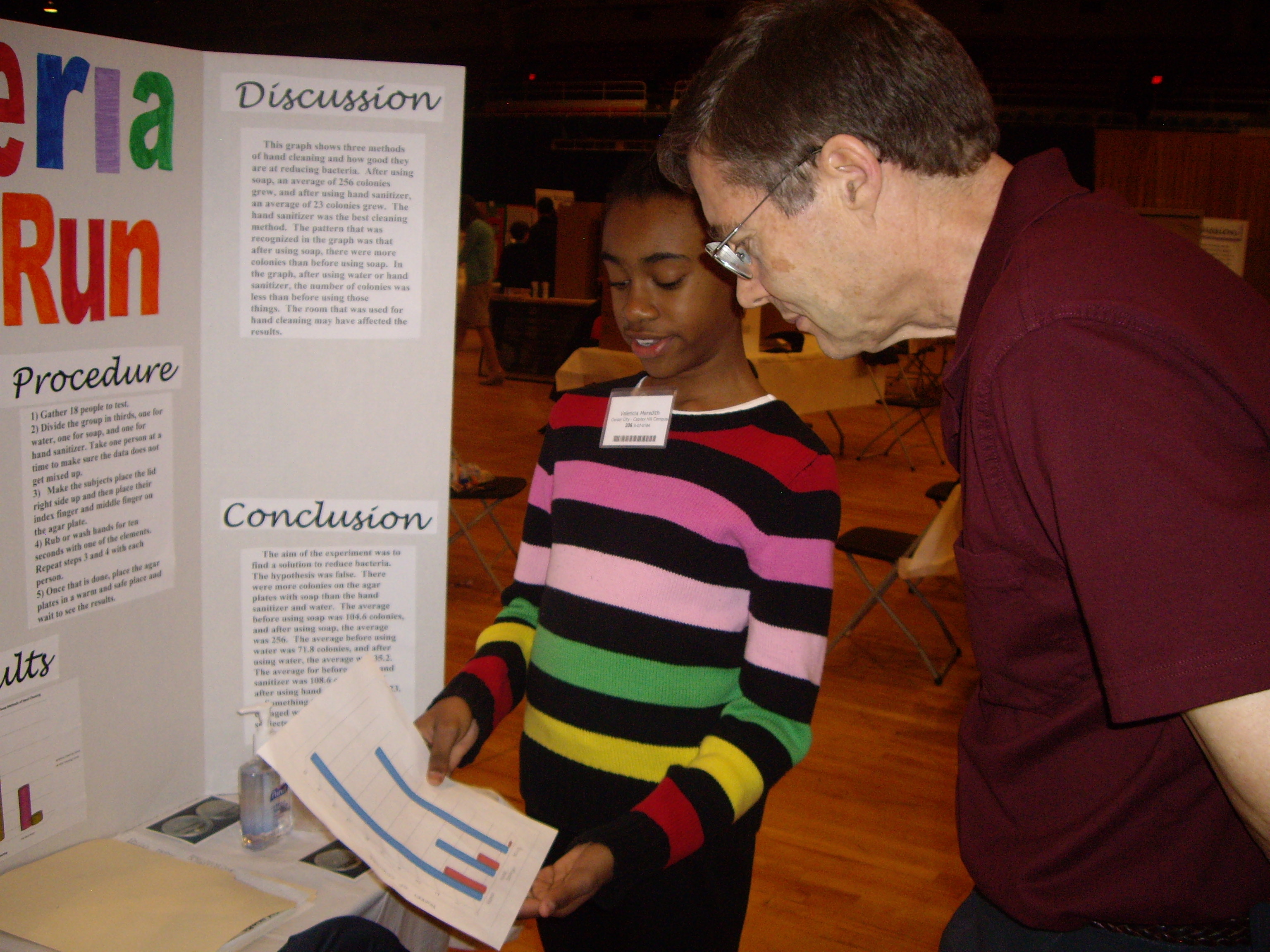 Editor's Note: Check out additional photos at the end of the blog.

How fast does grass grow? Does the design of a bridge have an effect on its weight-bearing capacity?  What are the health effects of hand washing?

Students competing in the 2011 D.C. Science and Engineering Fair addressed these and many other questions with research projects featured this weekend at the D.C. Armory.  A total of 409 students, grades 3-12, representing 48 public, charter, and private schools throughout the District of Columbia competed for cash awards, grants for school equipment, and trophies in categories such as biological science, Earth and environmental science, engineering, math, computer science, physical science, and behavioral and social science.

We had the exciting opportunity on Saturday morning to meet with some of these students while checking out their exhibits, learning about their research, and talking about what inspires them.  For example, a young nail-biter whose mother told her that the habit was unhygienic and might pose a health risk decided to examine whether more bacteria were removed during hand washing with soap or hand sanitizer.  We also spoke to a team of two young scientists that compared left- and right-handed subjects’ performance on those brain-bending Sudoku puzzles.  Their project was inspired by introductory neurobiology school lessons that ascribed different activities to the two hemispheres of the brain.

Many of the budding scientists we met were quick to boast that their hypotheses “were correct,” or at least not disproved by their research.  However, one young researcher, who investigated the effects of light on asexual reproduction of planaria (flatworms), described what it was like to learn during the course of his experimentation that his hypothesis was wrong. And, like the best of scientists, he then eagerly explained what actions were required to rethink his hypothesis and complete his work.

It was uplifting to see such pure enthusiasm and curiosity displayed, in particular by the younger entrants.  In those lower grades, their projects were aimed at understanding the world around them, much like the motivations of true scientists.  They were exploring things like what affects how grass grows, how electricity works, and why bread gets moldy.  One thing that we noticed, however, was that as we reached higher grade levels the diversity of the students tended to go down—evidence of a problem that President Obama has noted: that members of groups underrepresented in the sciences in many cases first lose interest in these subjects in middle and high school.  That’s why the President’s Educate to Innovate campaign is focused on expanding science, technology, engineering, and math (STEM) education and career opportunities for historically underrepresented groups—including women, girls, and minorities.  If we are to succeed in moving America’s STEM students from the middle to the top of the pack, we will need everyone’s minds focused on the prize.

Later, as we were heading home, we were reminded about the importance of parental encouragement and involvement in a child’s interest and participation in science beyond participation in science fairs themselves. We were walking behind a mother and father and their two young sons who had been attending the fair.  They were engrossed in a cheerful family discussion about why objects fall at different speeds.  The parents continually turned to the children, bringing them into the discussion by asking them questions and their opinions about what they thought would happen under various conditions.  And these parents did not need to be experts in science or physics to engage in these discussions with their children.  These were parents with a curiosity about the world and were figuring out how information they themselves had learned and observed could help answer their curious kids’ questions—all the while being careful to bring their young children into this analysis to develop their own curiosity about how things work and the capacity to figure out how to answer those questions.

Carl Wieman is Associate Director for Science at OSTP

Mary Maxon is Assistant Director for Biological Research at OSTP 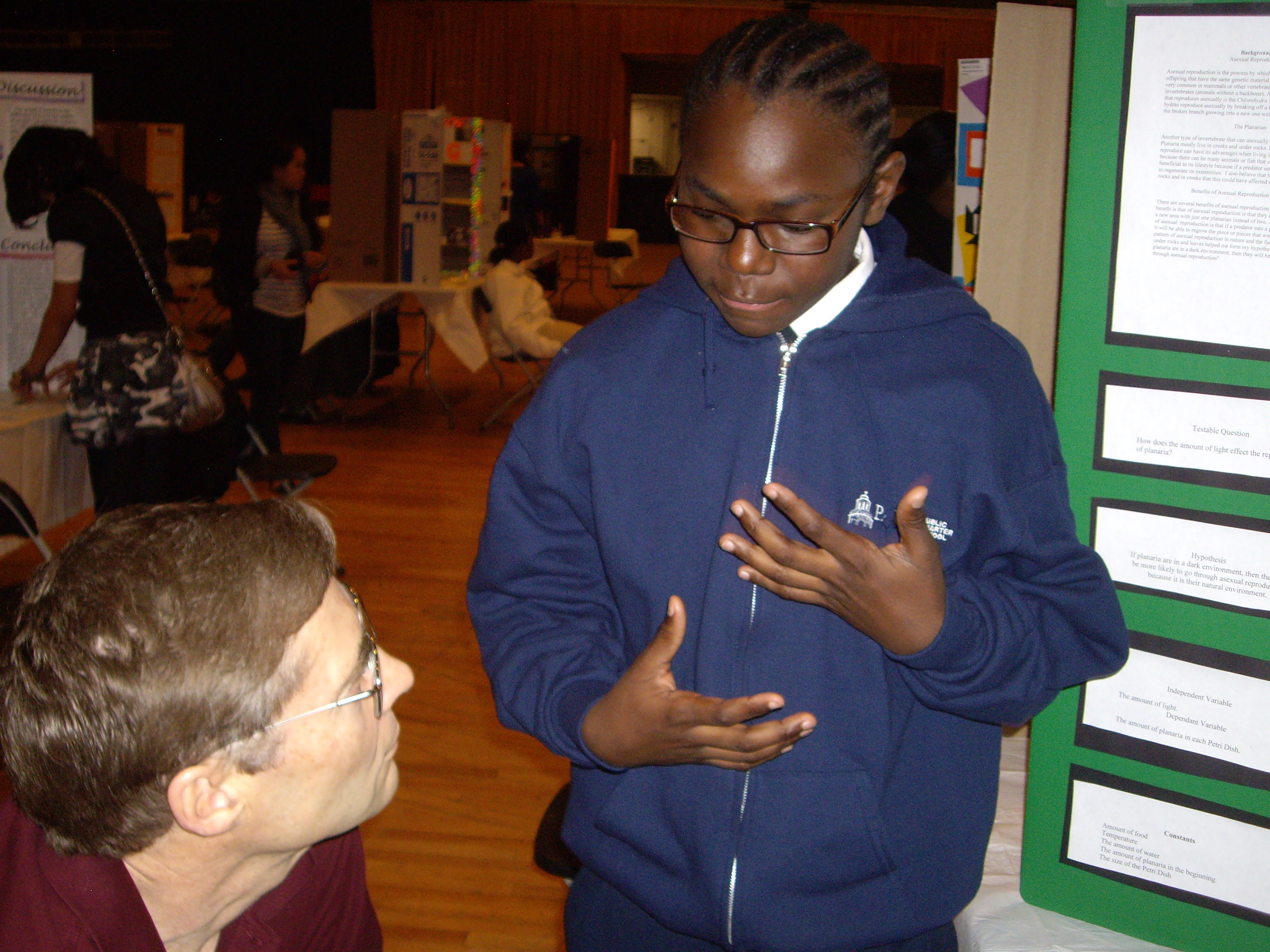 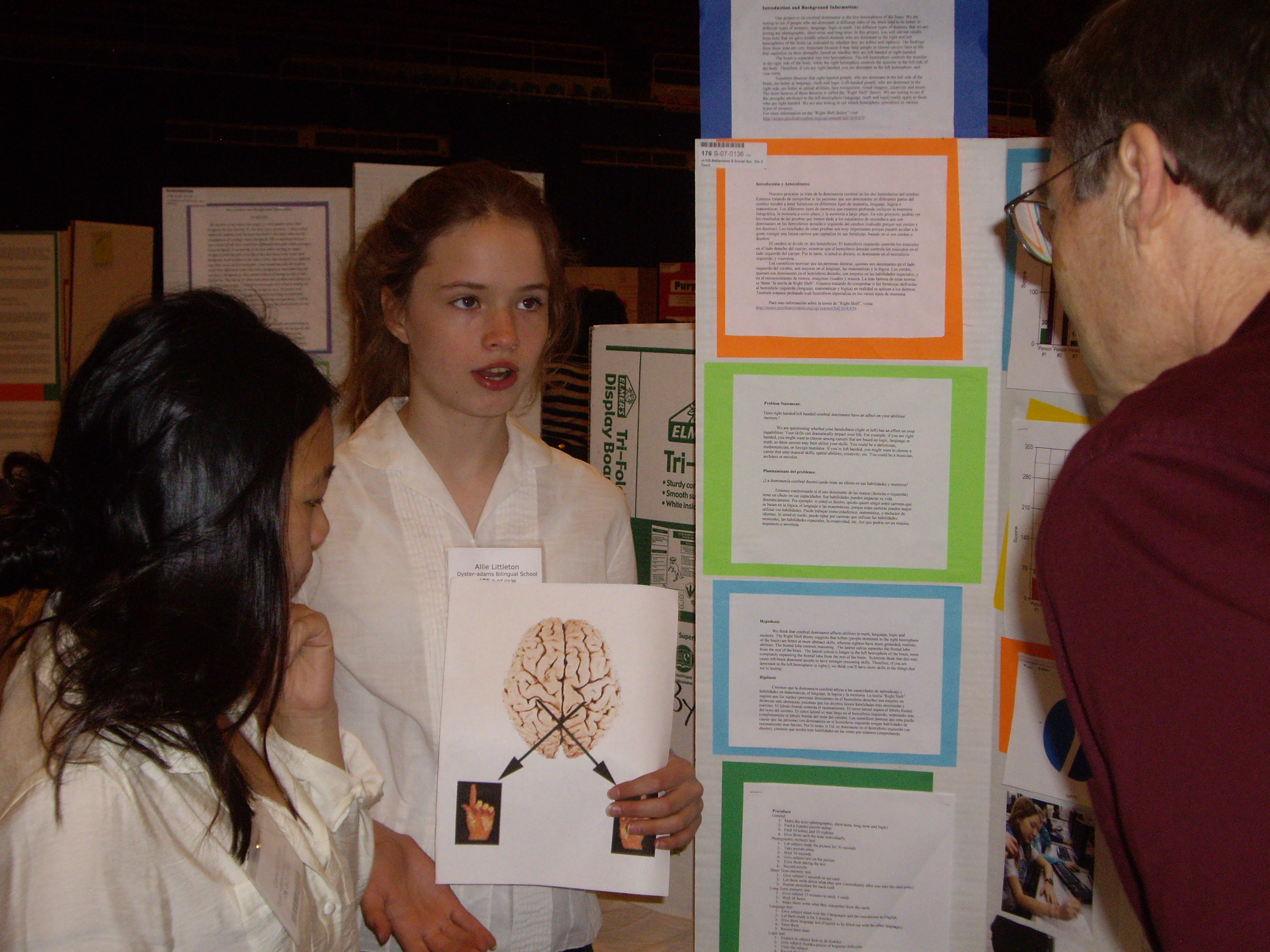 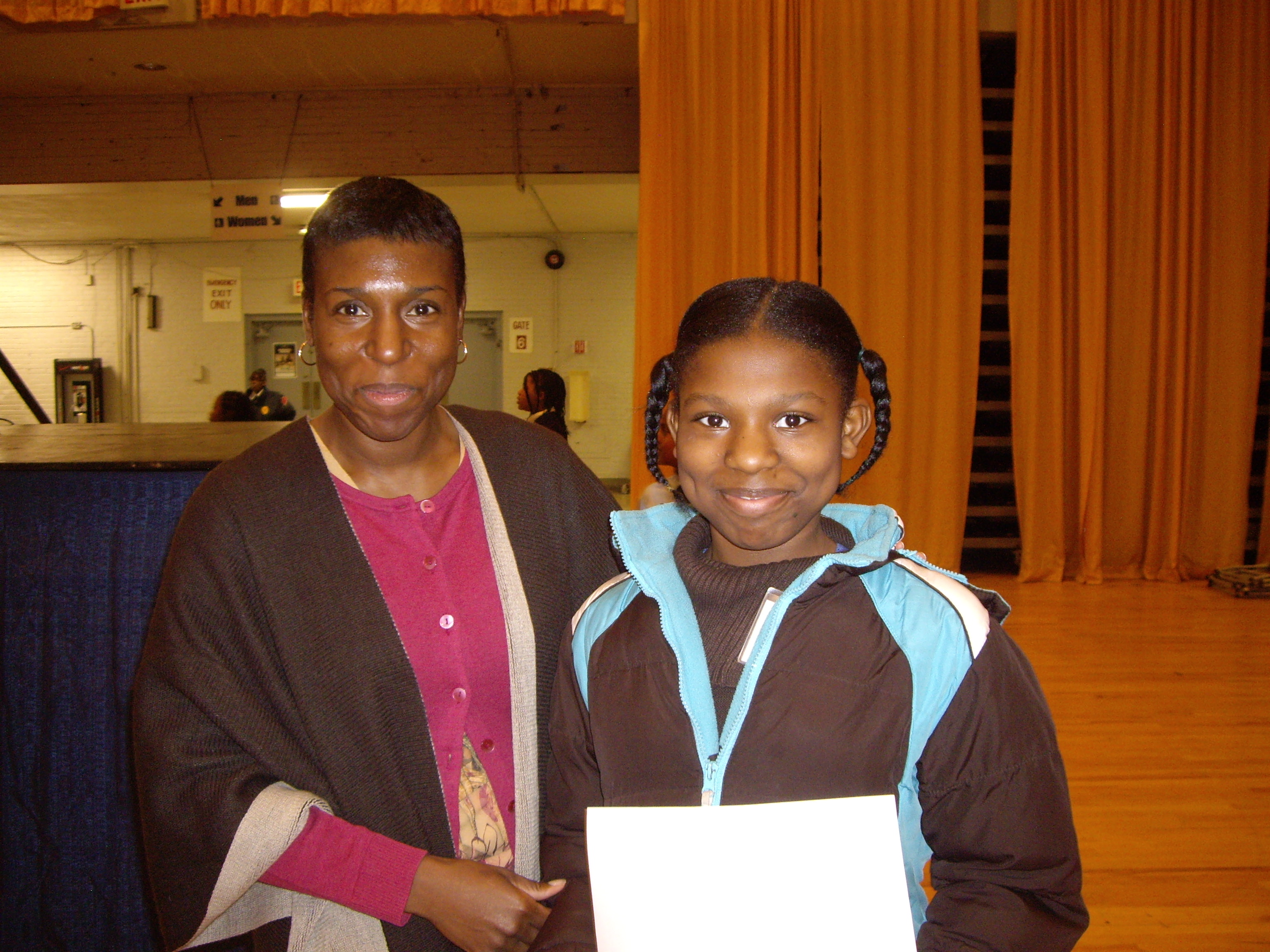 Family support is an important component of STEM education. (Photos by Mary Maxon)