Reducing Oil Imports and Competing for the Jobs of the Future

Before talking questions from the audience, the President laid out his plans to help reduce our imports of foreign oil by one third by 2025 – a little over a decade from now – that he announced last week at a speech at Georgetown University:

Now, first of all, what I want to do is, in a decade, I want us to have cut by one-third the amount of oil that we imported when I was elected to this office.  I want to cut our energy imports by a third.

Now, understand why that’s so important, because when you see what happens in the Middle East, and suddenly the world oil markets get spooked, even if the supply is there, your gas prices are going to go up.  The less we import, the more control we have over what happens at the pump.

And by the way, that would make a huge difference here at Gamesa.  This is an approach that says we’re not going to pick one energy source over another.  What we do is we set a target, an achievable goal, and then we give industry the flexibility to achieve it.  We say to the utilities, you’ve got to get this much energy from renewable sources, and then wind is competing with solar is competing with natural gas.  And there’s a healthy competition out there, and everybody starts getting better at what they do because you’re producing more and you know you’ve got a reliable customer for it.

So we’re cutting oil imports by a third.  We’re going to get 80 percent of our electricity from clean sources.  And if we follow through on this, if we actually tackle this challenge, here’s what will happen.  Our economy will be less vulnerable to wild swings in oil prices.  Our nation will no longer be beholden to the countries that we now rely on for oil imports.  We won’t be sending billions of dollars a day to the Middle East.  We can potentially keep some of that invested right here at home.

We’ll reduce the pollution that’s disrupting our climate and threatening the planet that we leave for our children and our grandchildren.  We’ll become more energy independent.  And we’ll spark innovation and entrepreneurship across America.  We will be more likely to win the global competition for new jobs and new industries -- because I don’t know about you, I don’t want China to be the world’s leading wind power manufacturer.  I want the United States to be the leading manufacturer of wind power.  I want it made right here in the U.S. of A.  (Applause.)

Last week, the Obama Administration announced a Blueprint for a Secure Energy Future, which lays out plans for meeting the President’s goal of reducing our oil imports and building a clean energy economy here in the United States. 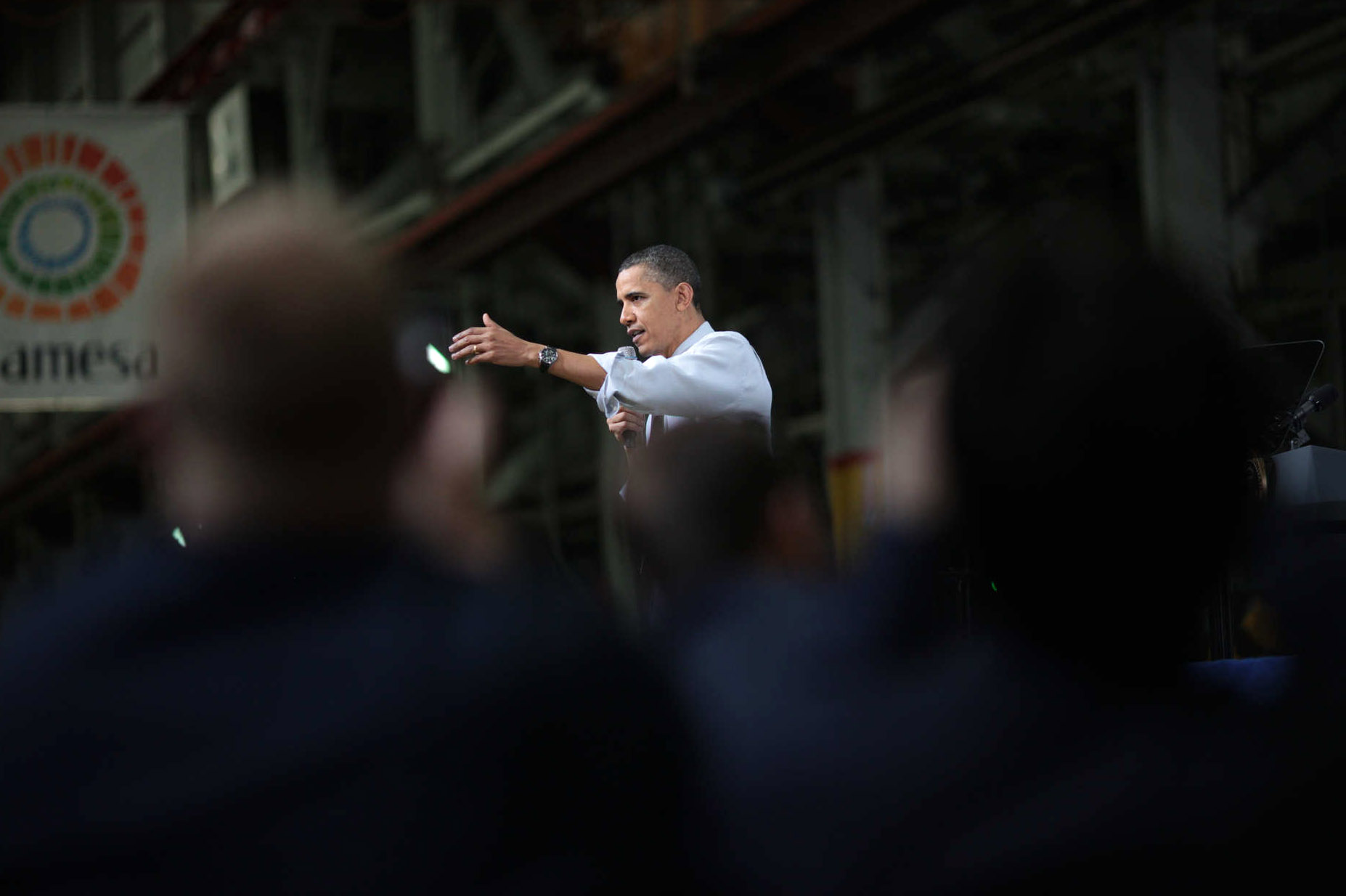