April 8, 2011 at 4:23 PM ET by
Twitter Facebook Email
Summary:
First Lady Michelle Obama honors the 2011 Military Child of the Year Award recipients and discusses the impressive accomplishments of the honorees. 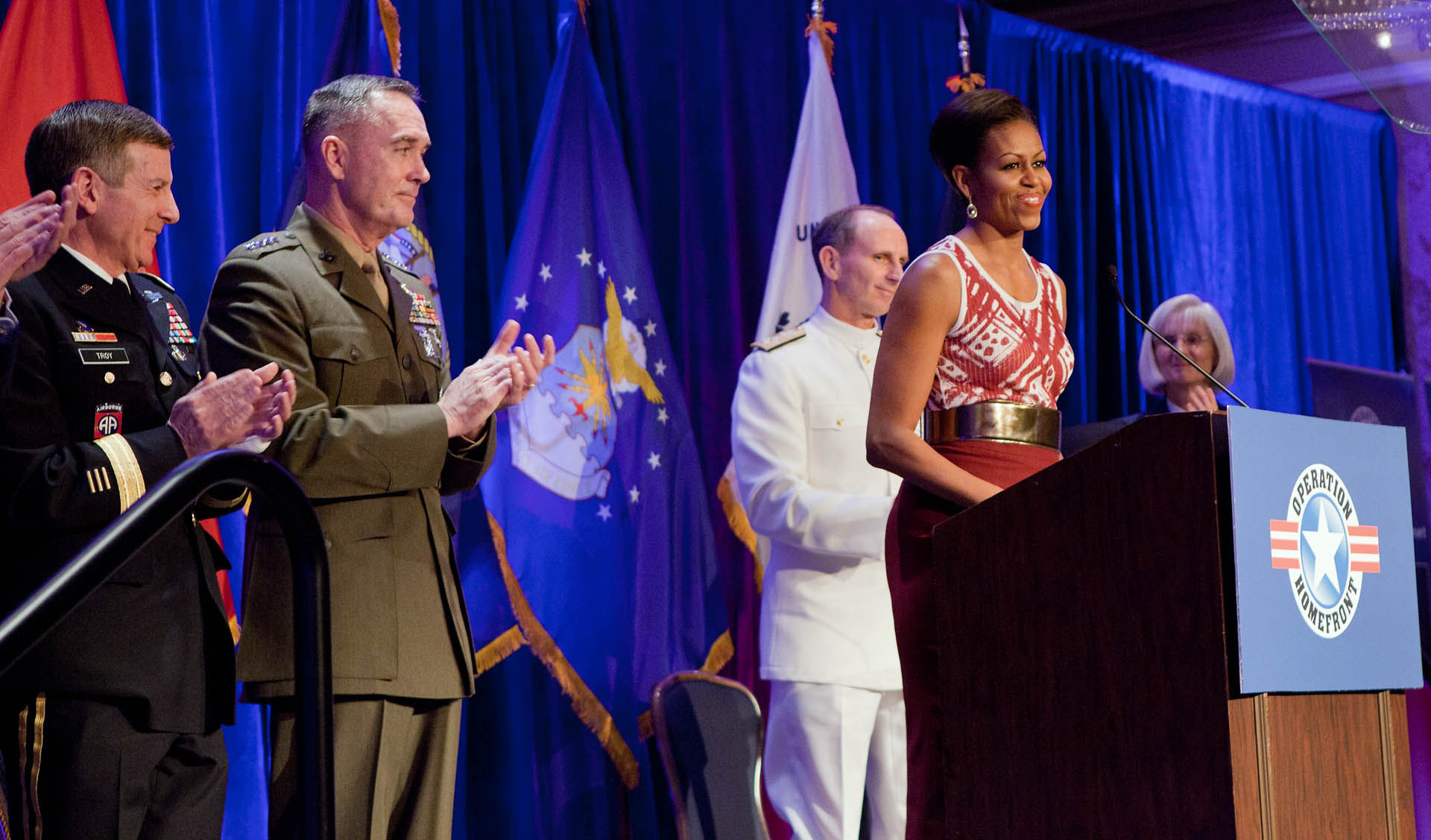 Yesterday evening, First Lady Michelle Obama honored five young adults with the 2011 Military Child of the Year Award. The award recognizes children that are part of a military family and are doing outstanding work in their communities and with their families.

The First Lady commended the individual accomplishments of each recipient for the community service and sacrifices they are making to support their families. Of the five honorees, two have completed 500 hours of community service and a third is almost there. While Mrs. Obama noted that each recipient had a unique path that brought them there, she noted that they do share some common characteristics:

It’s clear that they share the same desire to help others, to serve their country, and to do something meaningful with their time on this earth.

The recipients of the 2011 Military Child of the Year Award are an impressive group:

The First Lady commended all the honorees for their service, sacrifice and maturity:

When you think about everything that tonight’s honorees have done with their lives, you can’t help but begin to think twice about the title of this award, because while these five Military Children of the Year might be young people, they’ve each shown maturity and grace and wisdom far beyond their years.