President Obama Presents Air Force Academy with Commander-in-Chief Trophy: "A Group That Has a Lot to Be Proud Of"

This afternoon the President congratulated the winners of the proud three-way rivalry between the Army, Navy and Air Force Academy football teams.  Noting the presence of Superintendent of the Air Force Academy, Lieutenant General Michael Gould, and the Air Force Chief of Staff, General Norton Schwartz, he gave all appropriate respect to the players who serve their country:

Most of all, though, I want to congratulate the cadets who are standing behind me.  Until this year, no one on this team knew what it felt like to beat Army, to beat Navy, to visit the White House, and to earn football bragging rights over the other branches.  Now you know the feeling.  (Applause.)  They also know what it feels like not just to be a good service academy team, but to be a good team, period.  Put up 350 rushing yards against Oklahoma.  Finished 9-4 after what Coach Calhoun called the toughest schedule a service academy ever played.  And to cap it all off, to win in a bowl game against Georgia Tech.  (Applause.)  That’s impressive.  Georgia Tech has three times as many students.

Of course, I hear the victory that was sweetest of all was finally beating that Navy team.  I’m told that as soon as the final whistle blew, the loudspeakers started blasting Etta James singing “At Last.”  (Laughter.)  The entire cadet wing -– usually some of the most disciplined young men and women you’ll ever see -– just rushed the field and sang the alma mater with the team.

So this is a group that has a lot to be proud of.  But, obviously, the most impressive thing about these young men, the thing that sets them apart, is that being a football player isn’t what defines them.  They’re airmen first.  And more important than any bowl game or trophy is the commitment that they’ve made to serve this country.

That’s why last summer, when almost every other Division I team was working out and running through drills together, these players were scattered around the world learning the skills they needed long after they take off their jerseys and hang up their helmets. 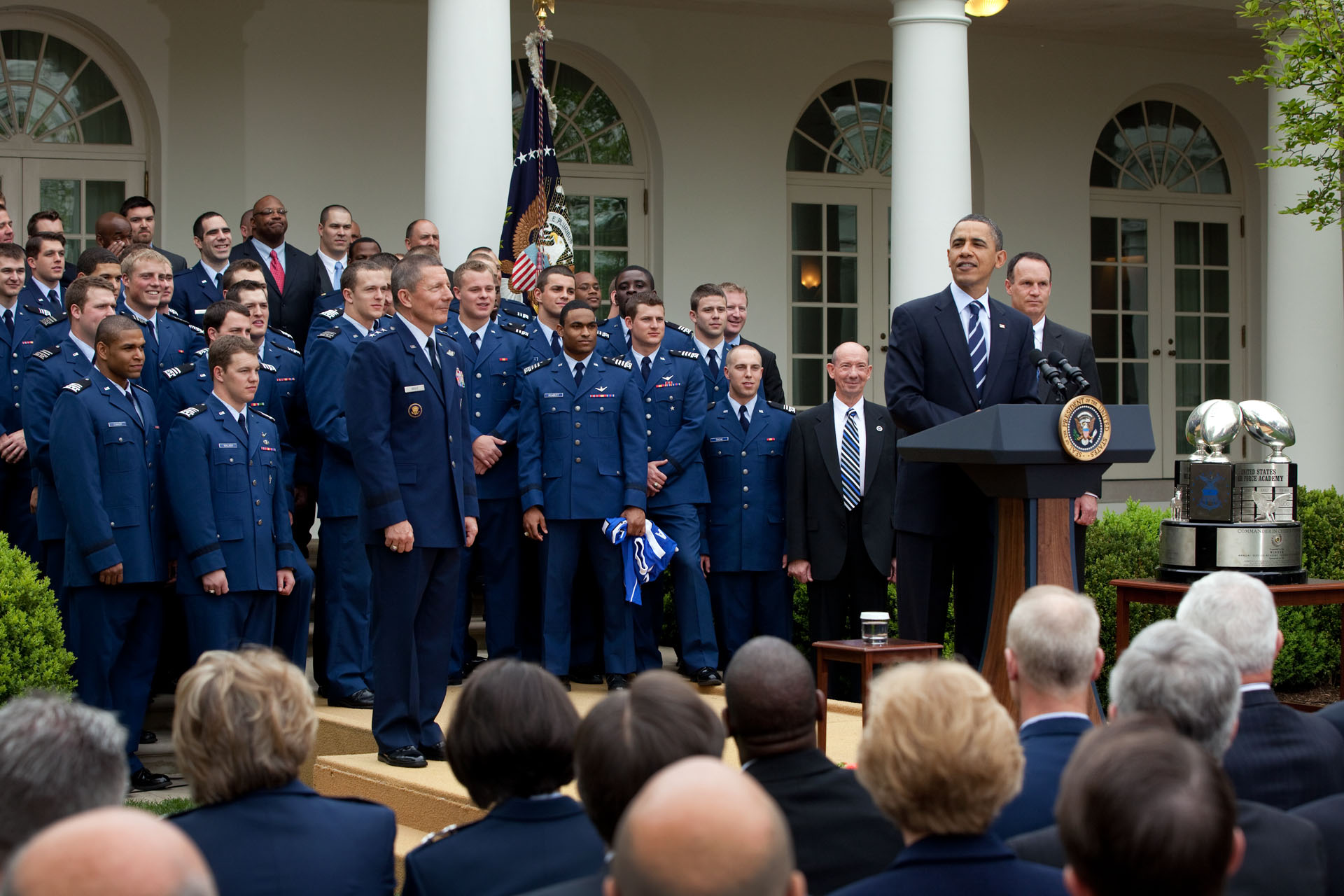 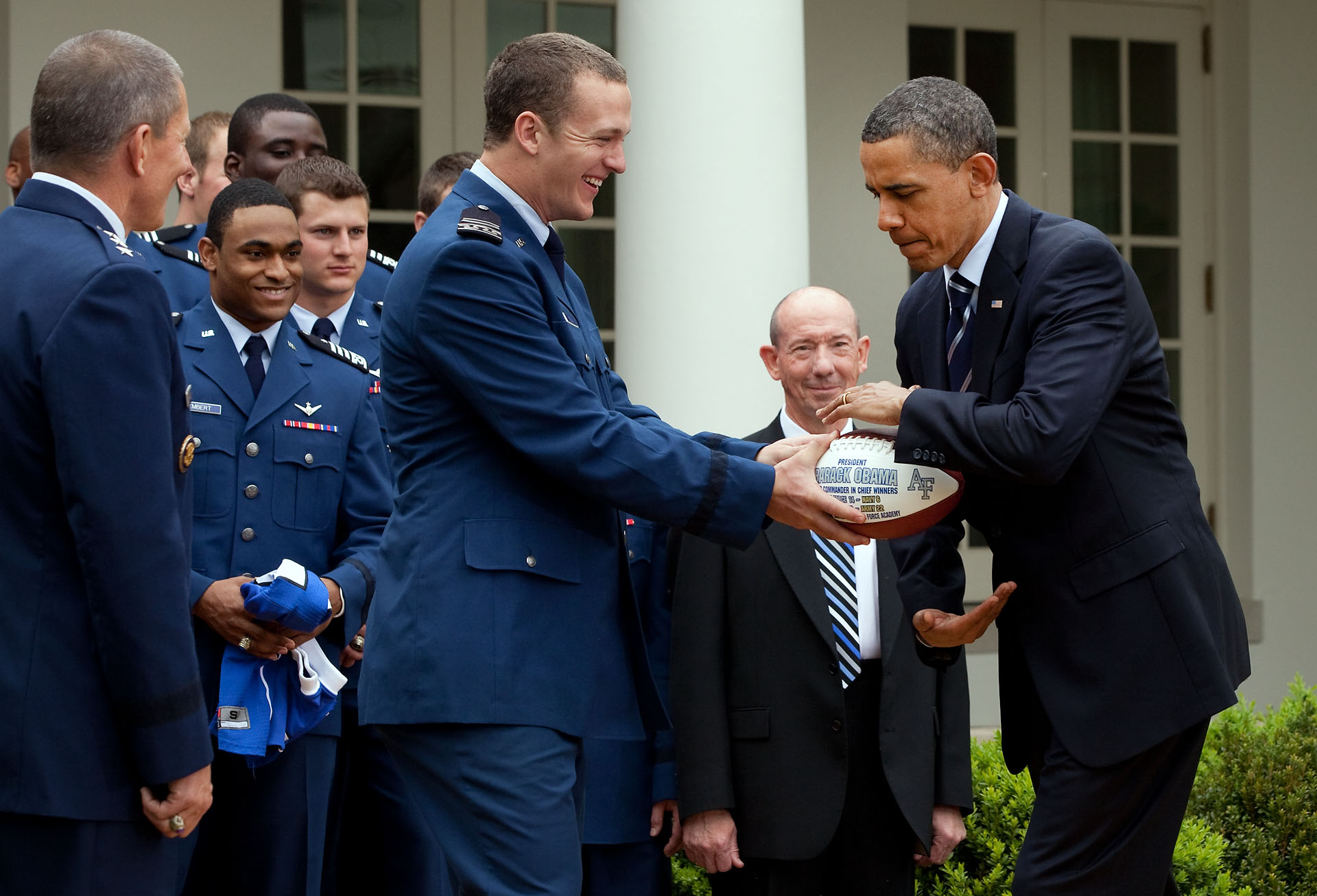 President Barack Obama takes a hand-off as he is given a football by running back Jared Tew during the ceremony where he presented the Commander in Chief trophy to the Air Force Academy football team in the Rose Garden of the White House, April 18, 2011. (Official White House Photo by Pete Souza)