President Obama in Virginia on Our Fiscal Future: "We Are Going to Have to Ask Everybody to Sacrifice"

April 19, 2011 at 2:00 PM ET by Jesse Lee
Twitter Facebook Email
Summary:
The President takes questions on his plan to get our fiscal house in order while maintaining key investments, keeping our commitments to America's seniors, and ensuring the burden is shared by the wealthy, not just foisted on the middle class.
Viewing this video requires Adobe Flash Player 8 or higher. Download the free player.

As the President answered questions at a town hall at Northern Virginia Community College, it was clear that the concerns people have outside Washington are directly related to the debate over our budget and fiscal future that will be playing out over the coming months.  People were rightly concerned about getting our deficits under control, but they were also concerned about our future in education, clean energy, and Medicare.  Read the full transcript to see his detailed answers, but his summary of his plan and the choices ahead of us in his opening remarks made clear that we can address both issues:

So what my plan does is it starts with combing the budget for savings wherever we can find it. And we had a good start a few weeks ago, when both parties came together around a compromise that cut spending but also kept the government open and kept vital investments in things that we care about. We need to build on those savings, and I’m not going to quit until we’ve found every single dime of waste and misspent money. We don’t have enough money to waste it right now. I promise you that. We’re going to check under the cushions -- you name it. (Laughter.)

But finding savings in our domestic spending only gets you so far. We’re also going to have to find savings in places like the defense budget. (Applause.) As your Commander-in-Chief, I will not cut a penny if it undermines our national security. But over the last two years, the Secretary of Defense Bob Gates has taken on wasteful spending that doesn’t protect our troops, doesn’t protect our nation -- old weapons systems, for example, that the Pentagon doesn’t want, but Congress sometimes keeps on stuffing into the budget. Well-connected special interests get these programs stuck in the budget even though the Pentagon says we don’t need these particular weapons systems.

So we’ve begun to cut those out. And Secretary Gates has found a lot of waste like that and has been able to save us $400 billion so far. I believe we can do that again. Four hundred billion dollars -- even in Washington, that’s real money. That funds a lot of Pell Grants. That funds a lot of assistance for communities like this one. (Applause.)

We’ll also reduce health care spending, and strengthen Medicare and Medicaid through some common-sense reforms that will get rid of, for example, wasteful subsidies to insurance companies. (Applause.) Reforms that can actually improve care -- like making it easier for folks to buy generic drugs, or helping providers manage care for the chronically ill more effectively. And we can reform the tax code so that it’s fair and it’s simple –- (applause) -- so the amount of taxes you pay doesn’t depend on whether you can hire a fancy accountant or not.

And we’ve also got to end tax cuts for the wealthiest Americans. (Applause.) Let me say, this is not because we want to punish success. I suspect there are a bunch of young people in this gym that are going to end up being wealthy, and that’s good. We want you to. We want you to be able to go out there and start a business and create jobs and put other people to work. That’s the American way. But we are going to have to ask everybody to sacrifice. And if we’re asking community colleges to sacrifice, if we’re asking people who are going to see potentially fewer services in their neighborhoods to make a little sacrifice, then we can ask millionaires and billionaires to make a little sacrifice. (Applause.)

We can’t just tell the wealthiest among us, you don’t have to do a thing. You just sit there and relax, and everybody else, we’re going to solve this problem. Especially when we know that the only way to pay for these tax cuts for the wealthiest Americans is by asking seniors to pay thousands of dollars more for their health care, or cutting children out of Head Start, or doing away with health insurance for millions of Americans on Medicaid -- seniors in nursing homes, or poor children, or middle-class families who may have a disabled child, an autistic child. 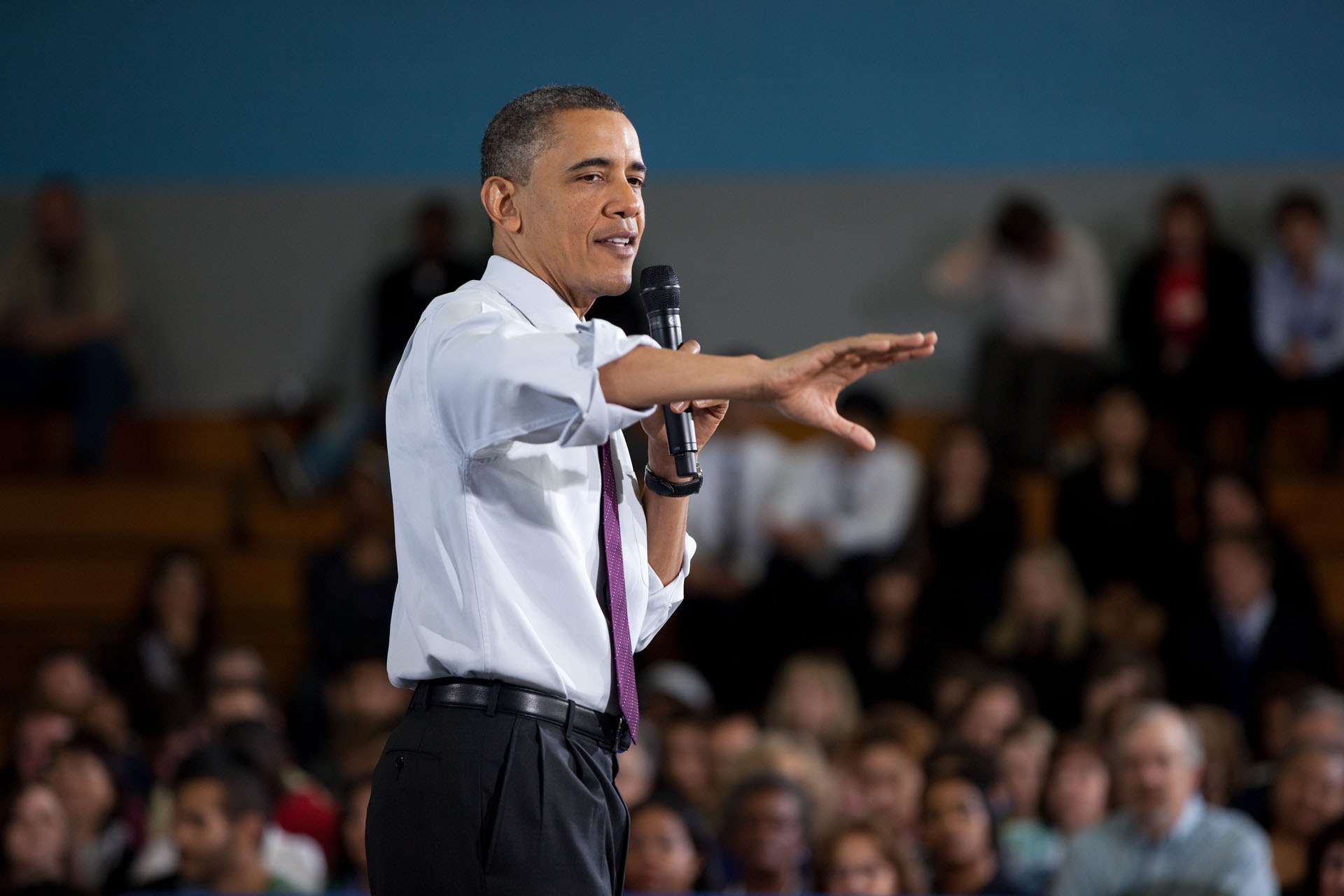