MythBusters Team Up for Joining Forces

April 20, 2011 at 11:33 AM ET by Grant Imahara
Twitter Facebook Email
Summary:
Grant Imahara from the Discovery Channel's MythBusters joined the First Lady and Dr. Biden for a Science Bowl competition between parents and students last Thursday.

Editor’s Note:  Last Thursday, the First Lady and Dr. Biden were joined by stars from the television show MythBusters for a Science Bowl competition between parents and students at Fountain-Fort Carson High School in Colorado.  Read about the event here or watch video here. Cross-posted from the White House Office of Science and Technology Policy blog. 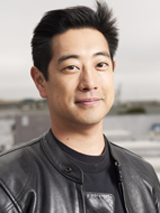 On "MythBusters," we determine the plausibility of myths and legends by devising scientific experiments that stem from our own curious minds.  Basically, we have fun with science.

Additionally, we are proud partners in the Administration’s campaign for promoting science, technology, engineering, and math awareness, and even had the pleasure of filming a MythBusters episode with President Obama that aired on Discovery Channel last December.  I was, however, completely surprised to receive a phone call earlier this month, asking me if I would like to take part in a unique and incredible opportunity. My MythBusters co-host Jamie Hyneman and I were asked to participate in an event with First Lady Michelle Obama and Dr. Jill Biden that would support military families and promote interest in science as a part of the Joining Forces campaign.

I immediately and enthusiastically said, “Yes!”

When Jamie and I arrived at Fountain-Fort Carson High School in Colorado Springs, CO, the mood was electric. We took the stage to answer a few questions from the audience and were able to show a few scenes from the MythBusters episode in which President Obama appeared. Mrs. Obama and Dr. Biden each gave incredibly inspirational addresses to the crowd of students, parents, family members, and media.

For the main event, former astronaut Dr. Bernard Harris emceed, while Mrs. Obama and Dr. Biden asked quiz questions in a “kids versus parents” format. (Earlier, backstage, Jamie and I had a chance to chat with Dr. Harris, who described to us the rigors of training for a spacewalk.  It was inspiring to speak with a person who’s actually been floating in space.)

Four students were on one team with Jamie, while I was paired with four parents. I thought the students might easily trounce the parents, having the knowledge fresh in their minds from school, but the parents proved to be quite competitive indeed.  At one point, I thought about making a joke about age and experience versus youth and … ahem … beauty (pointing at Jamie) but the opportunity didn’t arise. (Perhaps this is fortunate, since my comedy is nowhere near as good as my engineering.)

The competition was fierce, and in the end, the parents edged out the students by one point. When the event concluded, the First Lady and Dr. Biden went to greet the audience, and Jamie and I slipped backstage.

After personally visiting the overflow rooms (there were too many kids for just one gym to hold), Mrs. Obama and Dr. Biden were kind enough to step backstage and shake our hands and take pictures. These two distinguished women were wonderfully gracious with their time and personable as we took pictures and briefly chatted.

I’m proud to have been a part of the initiative and this event, which involved engaging both students and parents in science education in such a creative way.  It was both an honor and privilege. 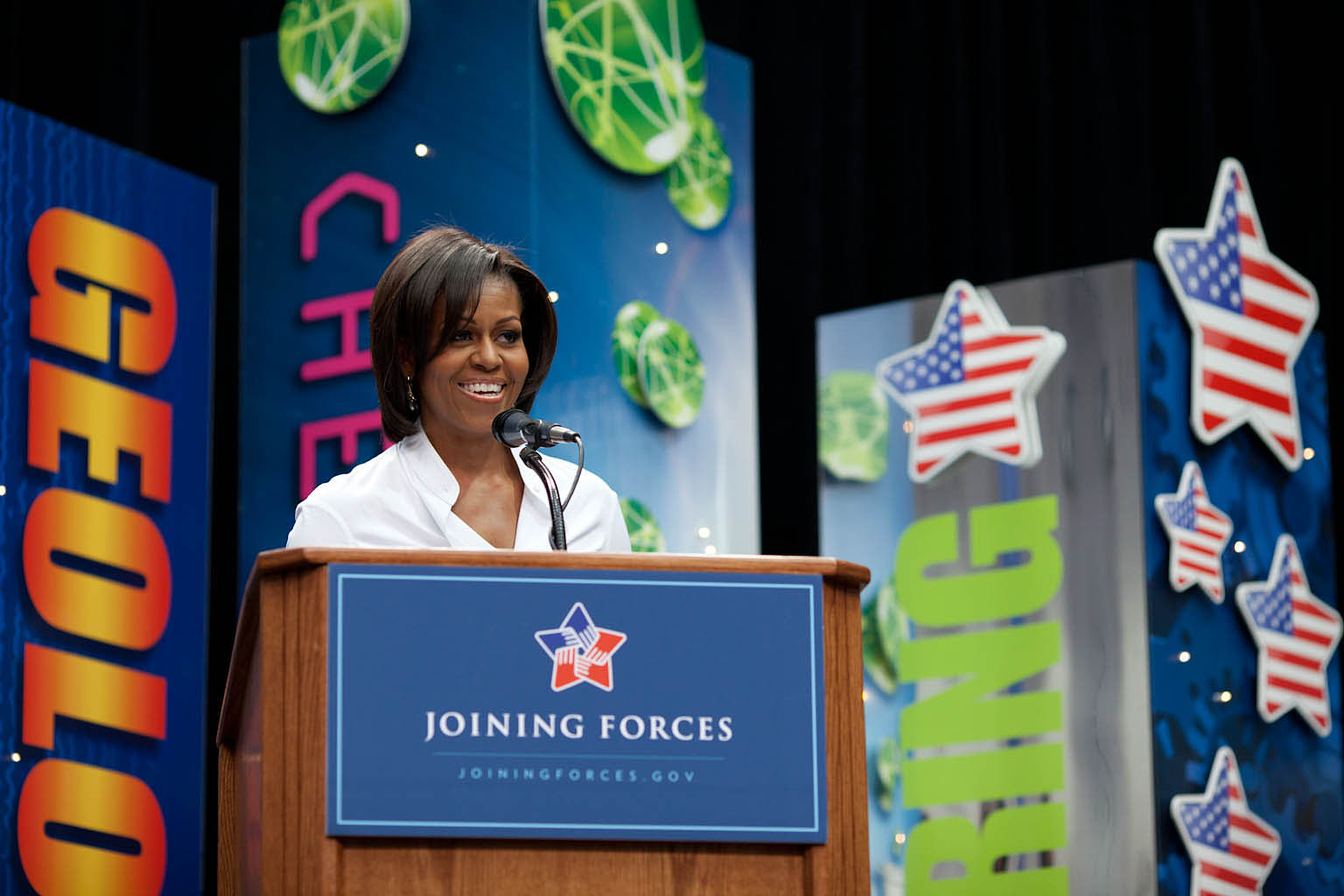 First Lady Michelle Obama participates in a Math and Science Bowl at Fountain-Fort Carson High School in Colorado Springs, Colo., April 14, 2011. The First Lady and Dr. Biden attended the event to help bring awareness to the need for advanced placement courses in math and science at schools like Fountain-Fort Carson, which serves many military children. (Official White House Photo by Chuck Kennedy) 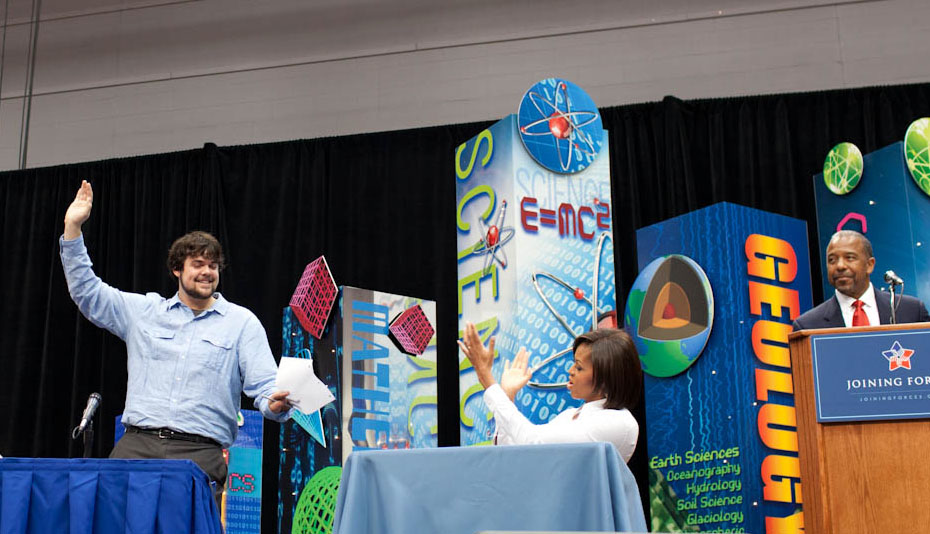 First Lady Michelle Obama participates in a Math and Science Bowl at Fountain-Fort Carson High School in Colorado Springs, Colo., April 14, 2011. The First Lady and Dr. Biden attended the event to help bring awareness to the need for advanced placement courses in math and science at schools like Fountain-Fort Carson, which serves many military children. (Official White House Photo by Chuck Kennedy)

Grant Imahara is a member of the Discovery Channel’s MythBusters