President Obama Presents Medal of Honor: "We're Reminded That We Are Fortunate to Have Americans Who Dedicate Their Lives to Protecting Ours"

May 2, 2011 at 2:27 PM ET by Jesse Lee
Twitter Facebook Email
Summary:
On a day when America is honoring those who are serving now and their tremendous accomplishments for our national security, the President recognizes two heroes who made the ultimate sacrifice during the Korean War decades ago.

Watch video of the Medal of Honor presentation here.

The event to award the Medal of Honor to Anthony T. Kaho’ohanohano and Henry Svehla, two heroes who made the ultimate sacrifice during the Korean War, was long scheduled, but the timing made for a meaningful coincidence on a day when America is beaming with pride over those who serve today.

The President began his remarks on that note:

I think we can all agree this is a good day for America.  Our country has kept its commitment to see that justice is done. The world is safer; it is a better place because of the death of Osama bin Laden.

Today, we are reminded that, as a nation, there’s nothing we can’t do —- when we put our shoulders to the wheel, when we work together, when we remember the sense of unity that defines us as Americans.  And we’ve seen that spirit -— that patriotism -— in the crowds that have gathered, here outside the White House, at Ground Zero in New York, and across the country -- people holding candles, waving the flag, singing the National Anthem -- people proud to live in the United States of America.

And we’re reminded that we are fortunate to have Americans who dedicate their lives to protecting ours.  They volunteer.  They train.  They endure separation from their families.  They take extraordinary risks so that we can be safe.  They get the job done.  We may not always know their names.  We may not always know their stories.  But they are there, every day, on the front lines of freedom, and we are truly blessed.

The President read a poem on the enduring legacy of those who serve, and welcomed the families of those being honored today:

They did not grow old.  These two soldiers made the ultimate sacrifice when they were just 19 and 21 years old.  Age did not weary them.  In the hearts of their families, they remain forever young —- loving sons, protective brothers, hometown kids who stood tall in America’s hometown -- in America’s uniform.

Today, we remember them.  And we honor them with the highest military decoration that our nation can bestow -- the Medal of Honor.  In so doing we also honor their families, who remind us that it is our extraordinary military families who also bear the heavy burden of war.

It would be well worth your while to read the entire transcript to learn the full stories of these two men’s sacrifices, but here are brief excerpts of the President’s retellings.

With the enemy advancing, with his men outnumbered, Tony made a decision.  He ordered his squad to fall back and seek cover.  And then Tony did something else.  He stayed behind.  Machine gun in hand, he laid down fire so his men could get to safety.  He was one American soldier, alone, against an approaching army.  When Tony was wounded in the shoulder, he fought on.  He threw grenade after grenade.  When his weapon ran out of ammunition, he grabbed another.  And when he ran out of ammo, he reached for the only thing left -- a shovel.  That’s when the enemy overran his position.  And in those final moments, the combat was hand to hand. 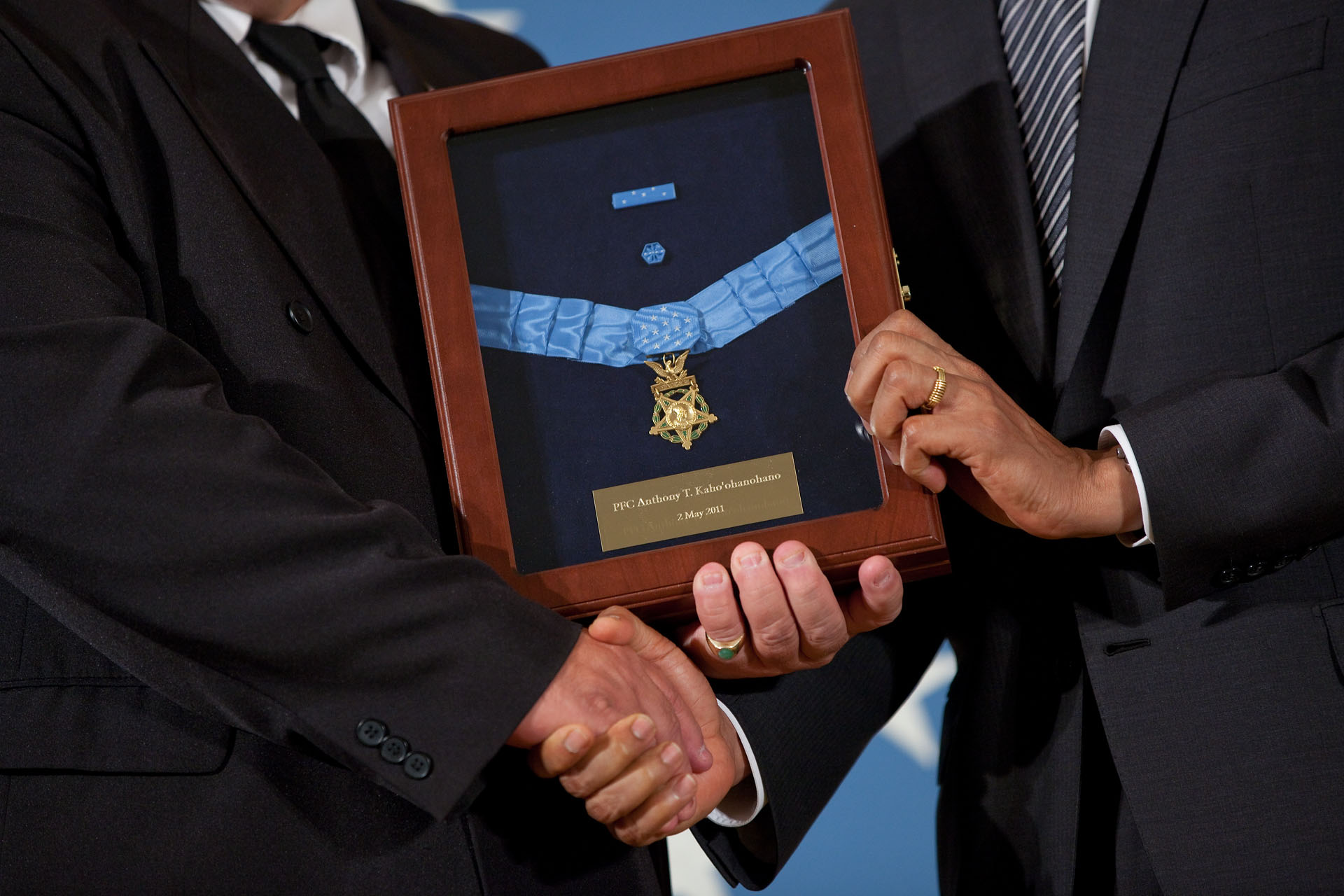 And as Henry and his company neared the top of one hill, the rocky slopes seemed to explode with enemy fire.  His unit started to falter, and that’s when Henry made his move.  He stood up.  He looked ahead.  And he charged forward into a hail of bullets.  Those who were there describe how he kept firing his weapon, kept hurling grenades, and how -- even after being wounded in the face -- he refused medical attention and kept leading the charge.  That’s when an enemy grenade landed among his men.  Every human instinct, every impulse, would tell a person to turn away. But at that critical moment, Henry Svehla did the opposite.  He threw himself on that grenade.  And with his sacrifice, he saved the lives of his fellow soldiers. 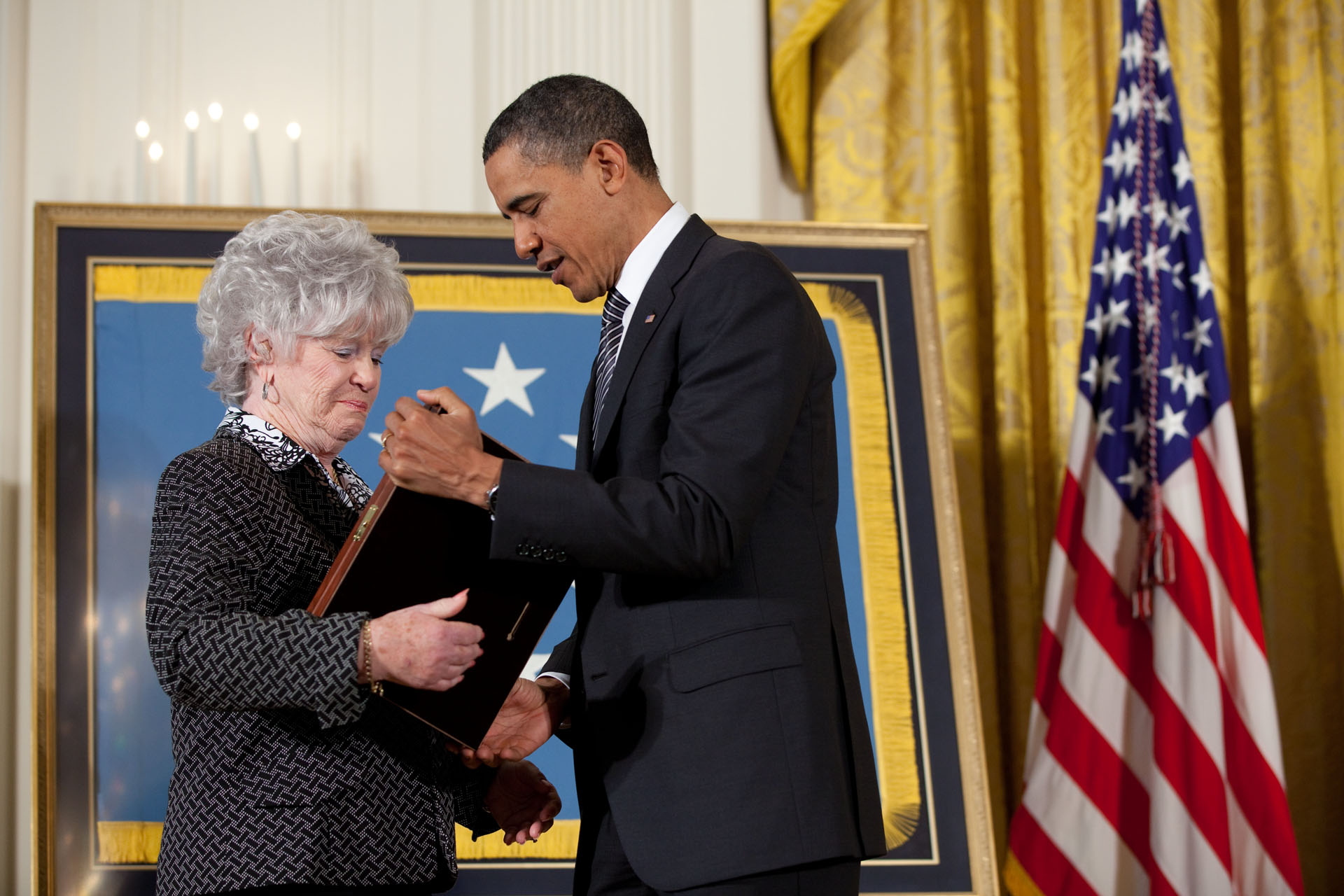