"Our Obligations to Each Other As Americans": President Obama Welcomes the Wounded Warrior Project's Soldier Ride

May 4, 2011 at 5:35 PM ET by
Twitter Facebook Email
Summary:
President Obama welcomed riders in the Wounded Warrior Project's Soldier Ride to the White House, and thanked them for their service and inspiration to all Americans.

This afternoon, the South Lawn of the White House was full of veterans, military families, and their bicycles, as the Wounded Warrior Project's Soldier Ride came to the White House. The Soldier Ride started as a way to help wounded soldiers recover from their injuries through adaptive cycling. Nearly a decade later, the program has expanded to involve civilians as well, raising money for and promoting the cause of America's wounded warriors.

In welcoming the riders, President Obama said a few words about the beginnings of the Soldier Ride effort:

Today is a reminder -- as Michelle and Jill Biden have already said -- that every American, every single person in this country, can do something to support our remarkable troops and their families. Everybody can do something.

So seven years ago, a bartender from Long Island had the same idea. He wasn’t from a military family. He had never served in the military.  But he knew that he owed our military something. He was just an ordinary American who was grateful for the service of all those who wear the uniform. And he said, “I just wanted to give something back.”

So he jumped on his bike and rode across the country -- over 5,000 miles -- to raise funds and awareness for our wounded warriors. Today, there are Soldier Rides all across America giving our wounded warriors the confidence and support they need to recover. That’s the difference a single person can make. Today we want to thank Chris Carney and everyone from the Wounded Warrior Project for reminding us of our obligations to each other as Americans.

After taking special note of a few individual soldiers with whom he had met before, President Obama thanked the riders for the inspiration they provide him and so many other Americans:

So to all the riders here today, I want to say, as your Commander-in-Chief and as an American, thank you. We are grateful for you. You represent the very best in America. And in your fight to recover and in the ride that you’re about to begin, we see the values and virtues that make our country great.

We may take a hit.  We may endure great loss. But we are a strong and resilient people. We push on. We persevere. We’re confident in our cause. And we know that, like generations of Americans before us, we will emerge stronger than before.

For more information about helping lend a hand to military families in your community, be sure to check out the Joining Forces initiative launched by the First Lady and Dr. Biden. Also, May 21st is Armed Forces Day; you can learn more about it and share your plans for thanking servicemembers. 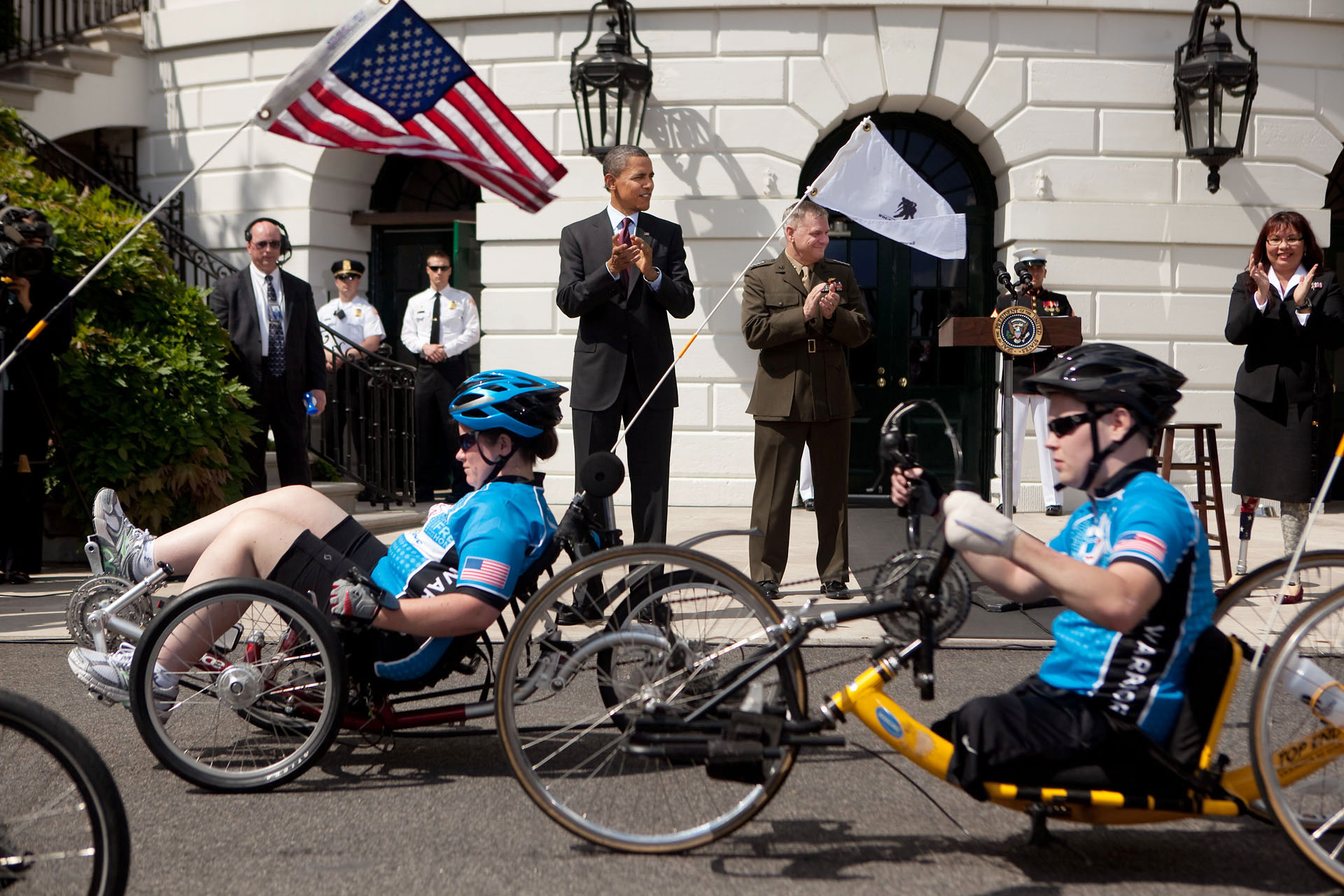