Europe: "The Cornerstone of our Engagement with the World"

May 6, 2011 at 4:10 PM ET by Elizabeth Alexander
Twitter Facebook Email
Summary:
Speaking at the 50th Anniversary celebration of the Atlantic Council, Vice President Biden discusses the continued importance of a strong partnership with our European allies and partners.

Speaking at the 50th Anniversary celebration of the Atlantic Council on Tuesday night, Vice President Biden discussed the continued importance of a strong partnership with our European allies and partners, as well as the enduring relevance of the North Atlantic Treaty Organization (NATO) in protecting against new and evolving threats around the world.

‪From the European Union’s role as our largest trading partner, to the significant role of NATO in Afghanistan and elsewhere, “Europe is the cornerstone of our engagement with the world and a catalyst for global cooperation,” Vice President Biden said, quoting President Obama. 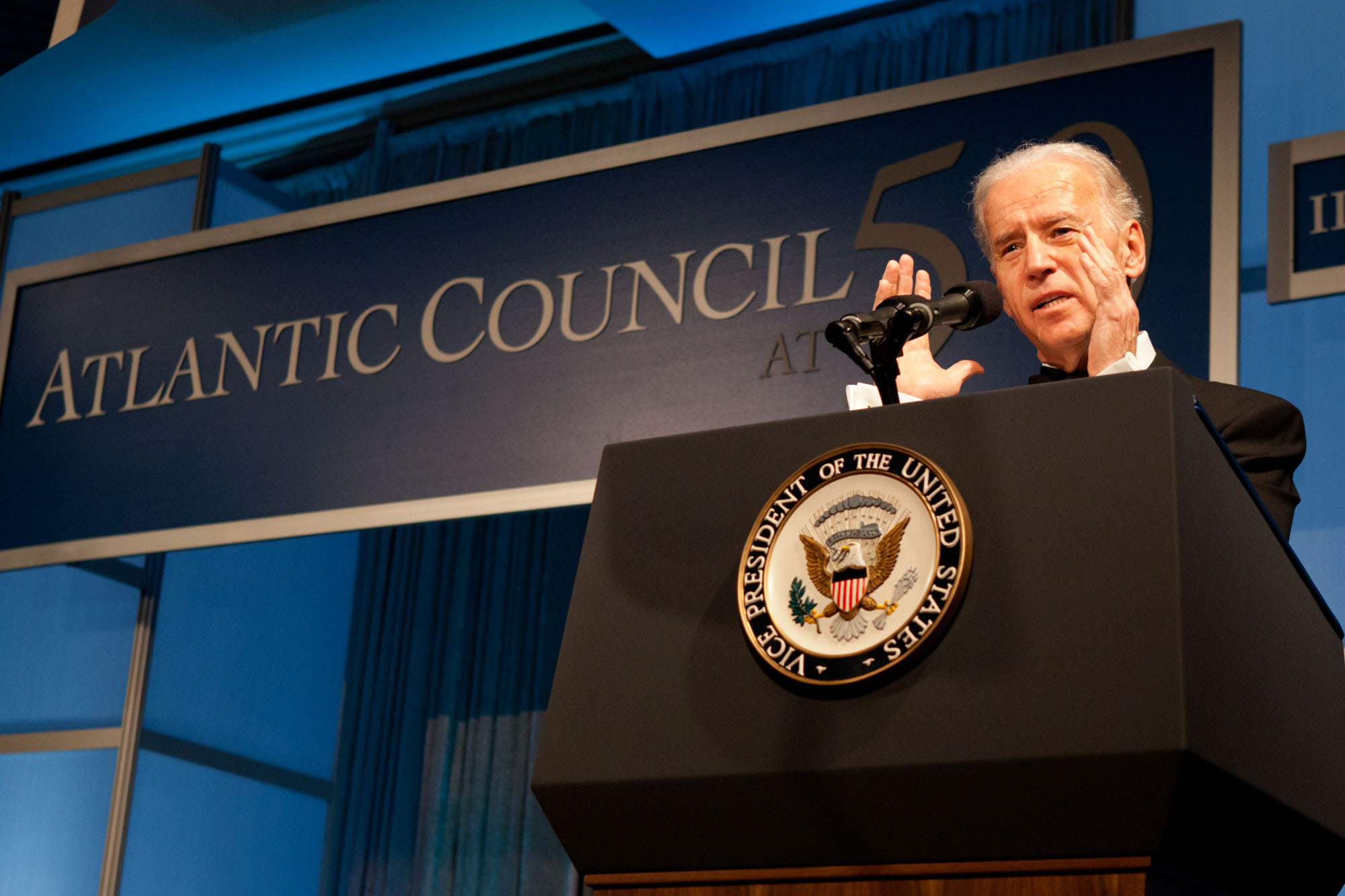 ‪The Vice President stressed that while NATO’s membership and mission have evolved in response to the profound changes of the last two decades, our transatlantic relationship remains essential, as we move from “confrontation to cooperation with Russia” and “navigate the transformation that’s taking place in the Middle East.”

‪Vice President Biden lauded Russia’s emergence as a key partner in the greater European community, highlighting the “reset” in U.S.-Russian relations that led to a new START treaty and close cooperation on counterterrorism and nuclear nonproliferation. “Missile defense cooperation could be the next big step forward,” the Vice President said.

‪In closing, the Vice President asserted that in the next half century, one he predicted “will be just as consequential as the last,” the “lot of humanity is going to continue to depend upon…the solidarity of the Atlantic Community.”

Elizabeth Alexander is Press Secretary for the Vice President