May 6, 2011 at 8:16 PM ET by Jesse Lee
Twitter Facebook Email
Summary:
Closing out an emotional week, from the relief of the President's announcement that Osama bin Laden was dead to the somber rememberance of the victims in New York City, the President and Vice President welcome troops home from a deployment in Afghanistan and honor the military and intelligence professionals involved in the operation against bin Laden. 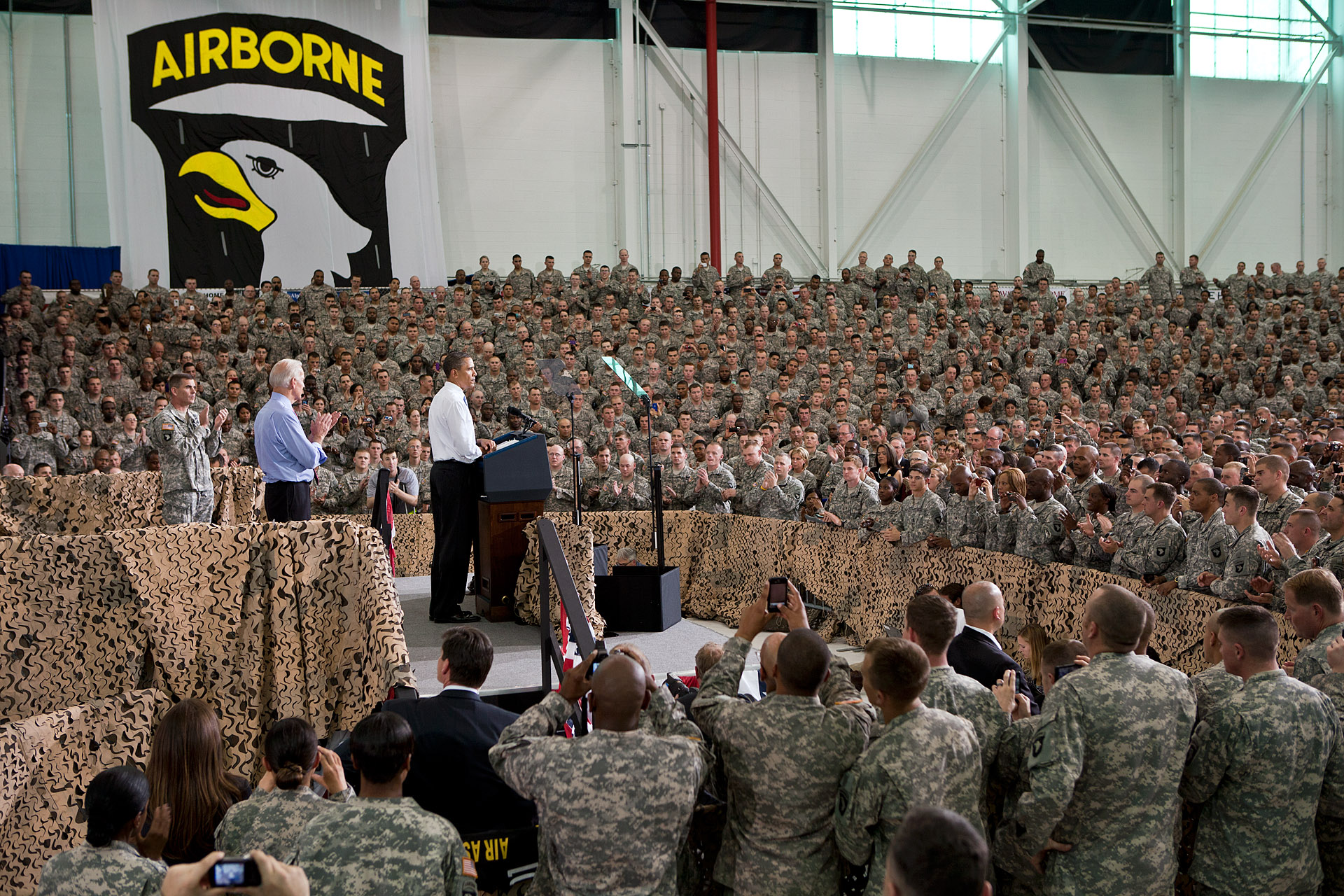 It was an emotional week, from the relief of the President's announcement that Osama bin Laden was dead to the somber rememberance of the victims in New York City.  It ended on a note of gratitude, as the President and Vice President went to Fort Campbell, Kentucky to welcome troops home from a deployment in Afghanistan after a private meeting honoring the military and intelligence professionals involved in the operation against bin Laden.

I know many of you have just gotten home in the past few weeks -- so welcome home.  And I know from experience that your families want more than anything to spend time with you.  And so, every time I show up at a welcome home ceremony, I’m always worried about getting in the way.  Because I remember when my son came back home from Iraq after a year, there were all these ceremonies.  And I kept saying, hell, man, stop, I want to see my kid.  (Laughter.)

So, anyway, I get it.  So let me just say how much gratitude the President and I have, and all Americans do, for you all.  You guys have been in the fight from the beginning.  And the risk you’ve taken, the incredible sacrifices you’ve made, the comrades you’ve lost, the losses you’ve personally endured -- you’ve been in some of the most inhospitable terrain in the world.

They’re America’s “quiet professionals” -- because success demands secrecy.  But I will say this.  Like all of you, they could have chosen a life of ease.  But like you, they volunteered.  They chose to serve in a time of war, knowing they could be sent into harm’s way.  They trained for years.  They’re battle-hardened.  They practiced tirelessly for this mission.  And when I gave the order, they were ready.

Now, in recent days, the whole world has learned just how ready they were.  These Americans deserve credit for one of the greatest intelligence military operations in our nation’s history.  But so does every person who wears America’s uniform, the finest military the world has ever known.  (Applause.)  And that includes all of you men and women of 101st.  (Applause.)

You have been on the frontlines of this fight for nearly 10 years.  You were there in those early days, driving the Taliban from power, pushing al Qaeda out of its safe havens.  Over time, as the insurgency grew, you went back for, in some cases, a second time, a third time, a fourth time.

When the decision was made to go into Iraq, you were there, too, making the longest air assault in history, defeating a vicious insurgency, ultimately giving Iraqis the chance to secure their democracy.  And you’ve been at the forefront of our new strategy in Afghanistan.

Sending you -- more of you -- into harm’s way is the toughest decision that I’ve made as Commander-in-Chief.  I don’t make it lightly.  Every time I visit Walter Reed, every time I visit Bethesda, I’m reminded of the wages of war.  But I made that decision because I know that this mission was vital to the security of the nation that we all love.