May 10, 2011 at 5:52 PM ET by Jesse Lee
Twitter Facebook Email
Summary:
In a debate where the participants on all sides are too often portrayed as caricatures, the President sought to break through the stalemate by reminding us all that it is a debate about real people.

Editor's Note: Join the conversation on how we can fix our immigration system for America's 21st century economy.

In a debate where the participants on all sides are too often portrayed as caricatures, the President sought to break through the stalemate by reminding us all that it is a debate about real people.  Speaking in El Paso, Texas, he talked about the graduates from 181 countries at Miami Dade Community College, who erupted with applause as the American flag came out before the President’s commencement address there recently.  He talked about a Marine who came from Papua New Guinea and deployed to Iraq three times – when asked about becoming an American citizen, he said, “I might as well.  I love this country already.”

He was also up front about the legitimate frustrations that American citizens, including those who immigrated legally, can feel:

Others avoid immigration laws by overstaying their visas.  Regardless of how they came, the overwhelming majority of these folks are just trying to earn a living and provide for their families.  (Applause.)   But we have to acknowledge they’ve broken the rules.  They’ve cut in front of the line.  And what is also true is that the presence of so many illegal immigrants makes a mockery of all those who are trying to immigrate legally. 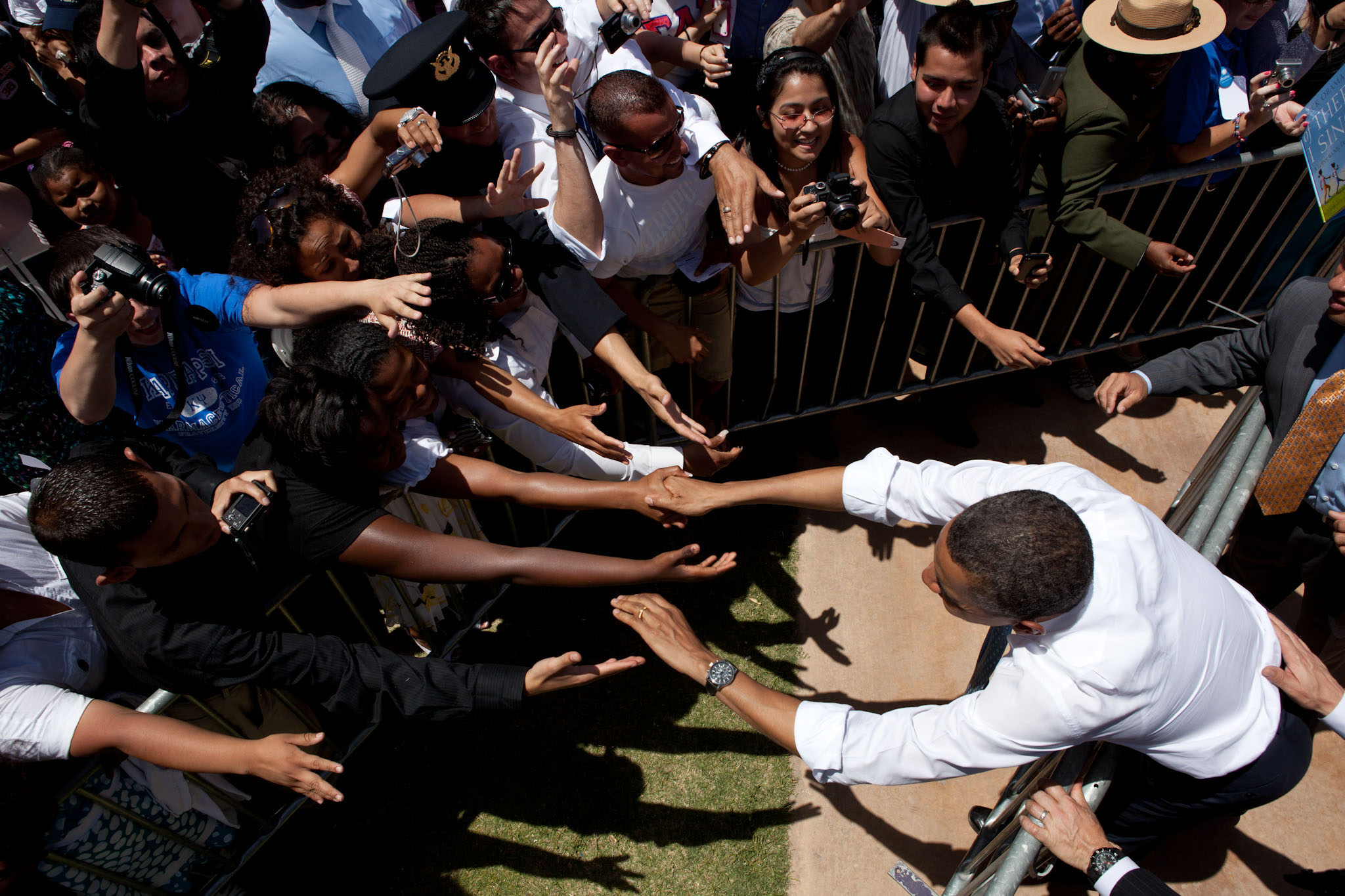 Perhaps his central argument for fixing an immigration system that we all know is broken, however, was that it’s an integral part of America winning the future and creating a stronger economy for our kids:

So one way to strengthen the middle class in America is to reform the immigration system so that there is no longer a massive underground economy that exploits a cheap source of labor while depressing wages for everybody else.  I want incomes for middle-class families to rise again.  (Applause.)  I want prosperity in this country to be widely shared.  (Applause.)  I want everybody to be able to reach that American dream.  And that’s why immigration reform is an economic imperative.  It’s an economic imperative.  (Applause.)

And reform will also help to make America more competitive in the global economy.  Today, we provide students from around the world with visas to get engineering and computer science degrees at our top universities.  (Applause.)

But then our laws discourage them from using those skills to start a business or a new industry here in the United States.  Instead of training entrepreneurs to stay here, we train them to create jobs for our competition.  That makes no sense.  In a global marketplace, we need all the talent we can attract, all the talent we can get to stay here to start businesses -- not just to benefit those individuals, but because their contribution will benefit all Americans.

Look at Intel, look at Google, look at Yahoo, look at eBay.  All those great American companies, all the jobs they’ve created, everything that has helped us take leadership in the high-tech industry, every one of those was founded by, guess who, an immigrant.  (Applause.)

So we don’t want the next Intel or the next Google to be created in China or India.  We want those companies and jobs to take root here.  (Applause.)  Bill Gates gets this.  He knows a little something about the high-tech industry.  He said, “The United States will find it far more difficult to maintain its competitive edge if it excludes those who are able and willing to help us compete.”

So immigration is not just the right thing to do.  It’s smart for our economy.  It’s smart for our economy.  (Applause.)  And it’s for this reason that businesses all across America are demanding that Washington finally meet its responsibilities to solve the immigration problem.  Everybody recognizes the system is broken.  The question is, will we finally summon the political will to do something about it?  And that’s why we’re here at the border today.

The President also spoke about another piece of legislation that has been stalled in the stalemate over all things immigration-related -- the DREAM Act:

And we should stop punishing innocent young people for the actions of their parents.  (Applause.)  We should stop denying them the chance to earn an education or serve in the military.  And that’s why we need to pass the DREAM Act.  (Applause.)  Now, we passed the DREAM Act through the House last year when Democrats were in control.  But even though it received a majority of votes in the Senate, it was blocked when several Republicans who had previously supported the DREAM Act voted no.

That was a tremendous disappointment to get so close and then see politics get in the way.  And as I gave that commencement at Miami Dade, it broke my heart knowing that a number of those promising, bright students -- young people who worked so hard and who speak about what’s best in America -- are at risk of facing the agony of deportation.  These are kids who grew up in this country.  They love this country.  They know no other place to call home.  The idea that we’d punish them is cruel.  It makes no sense.  We’re a better nation than that.  (Applause.)

So we’re going to keep fighting for the DREAM Act. We’re going to keep up the fight for reform.  (Applause.)  And that’s where you come in.  I’m going to do my part to lead a constructive and civil debate on these issues.  And we’ve already had a series of meetings about this at the White House in recent weeks.  We’ve got leaders here and around the country helping to move the debate forward.

But this change ultimately has to be driven by you, the American people.  You’ve got to help push for comprehensive reform, and you’ve got to identify what steps we can take right now -- like the DREAM Act, like visa reform -- areas where we can find common ground among Democrats and Republicans and begin to fix what’s broken.

Again turning to the real people affected by this issue, he told the story of José Hernández, who went from picking cucumbers and strawberries with his parents as a child to flying 100 miles above the surface of the Earth on the shuttle Discovery:

Think about that, El Paso.  That’s the American Dream right there.  (Applause.)  That's what we’re fighting for.  We are fighting for every boy and every girl like José with a dream and potential that's just waiting to be tapped.  We are fighting to unlock that promise, and all that holds not just for their futures, but for America’s future.  That's why we’re going to get this done.  And that's why I’m going to need your help.