Inspiring Americans to Recognize and Reach out to our Military Families

May 12, 2011 at 11:56 AM ET by Jason Dempsey
Twitter Facebook Email
Summary:
During Military Appreciation Month, White House Fellow and Lieutenant Colonel in the US Army Jason Dempsey discusses the national initiative to honor and support military families.

Ed. Note: May is Military Appreciation Month. Find ways to show your support for our service members and their families at JoiningForces.gov.

At an event last week, I was wearing my dress uniform and dozens of people made the effort to thank me for my service to our country. After close to two decades in the United States Army I am used to being recognized, but on the eve of Mother’s Day I couldn’t help but think of those who rarely if ever get thanked for their service and the sacrifices they have made on our Nation’s behalf.

I thought of my Mom, a young Army wife during the Vietnam War who saw her husband off just two months after my sister’s birth.  My mom never wore a uniform but that didn’t mean she didn’t have to raise a child alone for a year, nor did it mean that she wouldn’t be responsible for packing and picking up a household twelve times over twenty years. She did all of that, in addition to being a tireless volunteer on behalf of other military families. It was probably because she made Army life seem so rewarding, despite the instability, that my sister and I both joined the service. 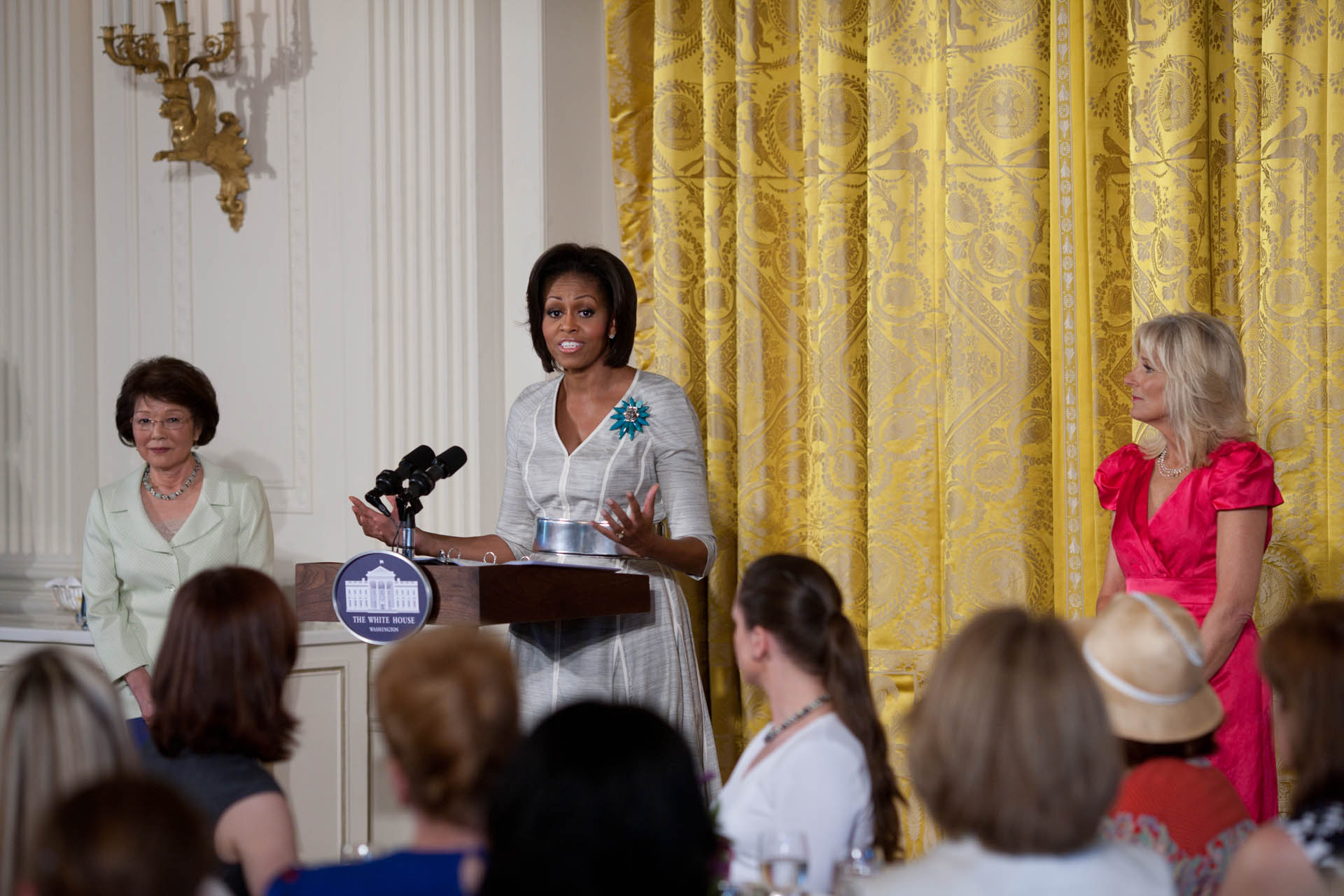 And I thought of my wife, who over the course of myriad training exercises and deployments to Iraq and Afghanistan has had to put her own career on hold as we raise a family in the Army. She does not wear a uniform but, like my mom and others before her, has endured countless upheavals in addition to managing children, a career, and a household on her own for long stretches of time.

On May 16, my mother and sister were fortunate to attend a Mother’s Day tea at the White House hosted by the First Lady and Dr. Jill Biden to celebrate remarkable military moms. They both were so grateful not just to be acknowledged, but to be understood. That is exactly what Mrs. Obama and Dr. Biden are striving to do with Joining Forces, the national initiative they launched to honor and support military families. As Mrs. Obama said in her remarks, “Even if you’re not the ones wearing the uniform, every single one of you is serving our country. And every single one of you deserves our support -- not just with words, but with deeds…Real concrete actions that make a difference for you at your workplaces, in your schools, and in your communities.”

When I was deployed to Afghanistan through 2009, I was grateful for the strength of the support network among military spouses. Not many people are exposed to the resilience of the military community, and too often it seems military spouses go unnoticed. After nine years of conflict we need more understanding and support, and not just of those in uniform, but of the families that make their service possible.

I hope that Joining Forces inspires more Americans to recognize and reach out to military families across our country, and as a White House Fellow in the First Lady’s Office I have been honored to work on this initiative.

Jason Dempsey is a White House Fellow in the First Lady’s Office and a Lieutenant Colonel in the US Army.