Watch the President's full remarks after this bilateral meeting here.

Today President Obama welcomed His Majesty King Abdullah II of Jordan, who he described as his "good friend."  During remarks after their meeting, the President discussed some of the topics of conversation:

We discussed the situation in Libya, and are grateful for the support of a wide range of Arab countries in our efforts to make sure that humanitarian assistance and humanitarian protection occurs inside of Libya.  We discussed the rapid transformation that’s taking place in places like Egypt and Tunisia, and we both agreed that it’s critical that not only does political reform proceed, but economic reform accompanies those changes there, because so much of what’s taking place has to do with the aspirations of young people throughout the Arab world for their ability to determine their own fate, to get an education, to get a job, to be able to support a family.  And that means some of the old structures that were inhibiting their ability to progress have to be reworked.

His Majesty discussed the reform efforts that are taking place inside Jordan as well, and we welcome the initiatives that His Majesty has already embarked on, and feel confident that, to the extent that he’s able to move these reforms forward, this will be good for the security and stability of Jordan, but also will be good for the economic prosperity of the people of Jordan.  And so we’re very pleased to support him on that front.

The President also reinforced his commitment to resolving the Israel and the Palestinian conflict:

We also discussed the situation with respect to Israel and the Palestinian conflict.  And we both share the view that despite the many changes, or perhaps because of the many changes that are taking place in the region, it’s more vital than ever that both Israelis and Palestinians find a way to get back to the table and begin negotiating a process whereby they can create two states that are living side by side in peace and security.

Finally, I just want to say that we continue to appreciate all the security and counterterrorism cooperation that we receive from the Jordanians.  It is very important in terms of our own security, and that partnership we expect to continue. 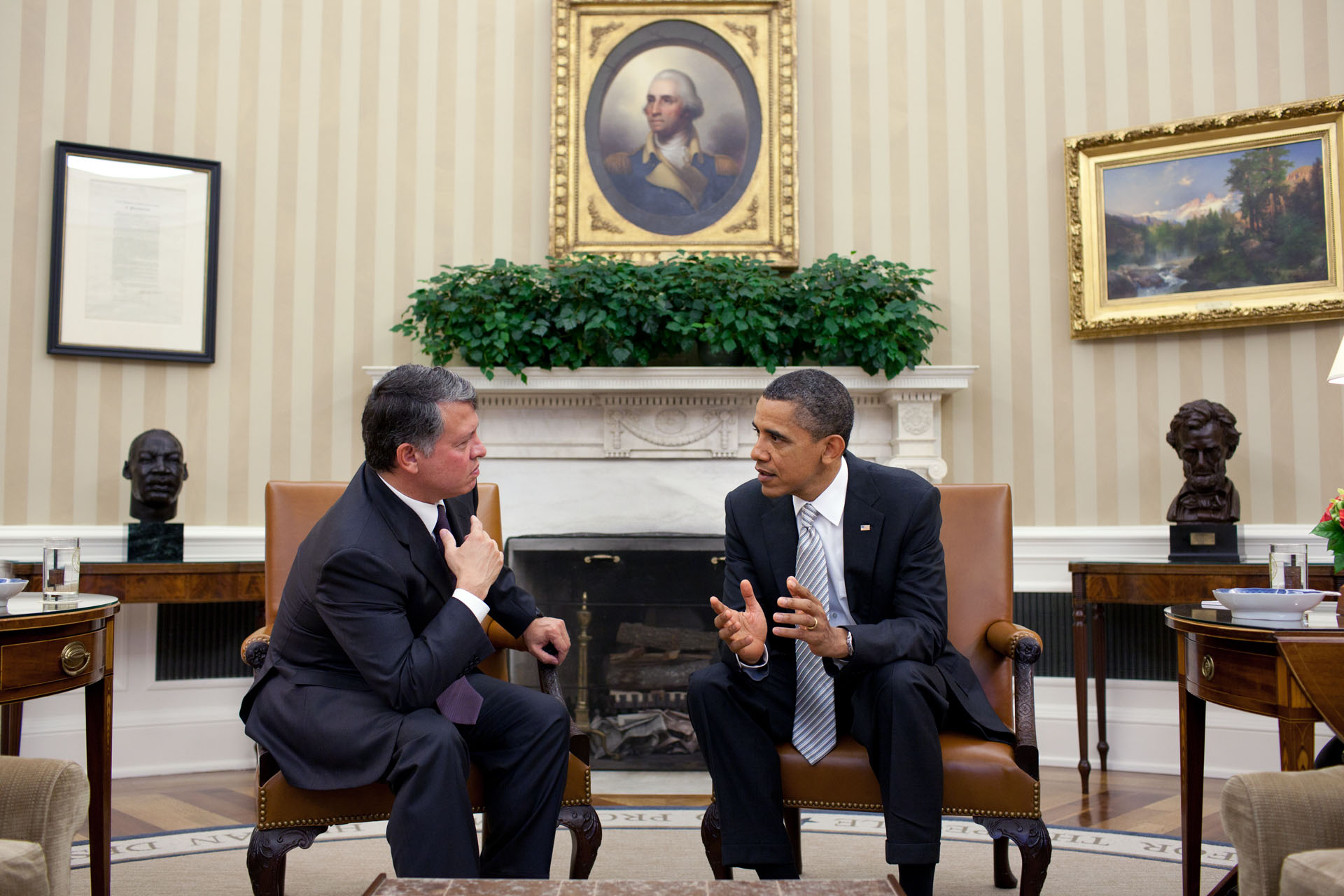