Bringing Together Young Advocates and Entrepreneurs

May 19, 2011 at 9:55 AM ET by Kalpen Modi
Twitter Facebook Email
Summary:
The White House Office of Public Engagement partnered with the Small Business Administration and two of its partners (the NYC Fund for Public Advocacy and General Assembly Incubator) to host the Young Entrepreneur Summit. 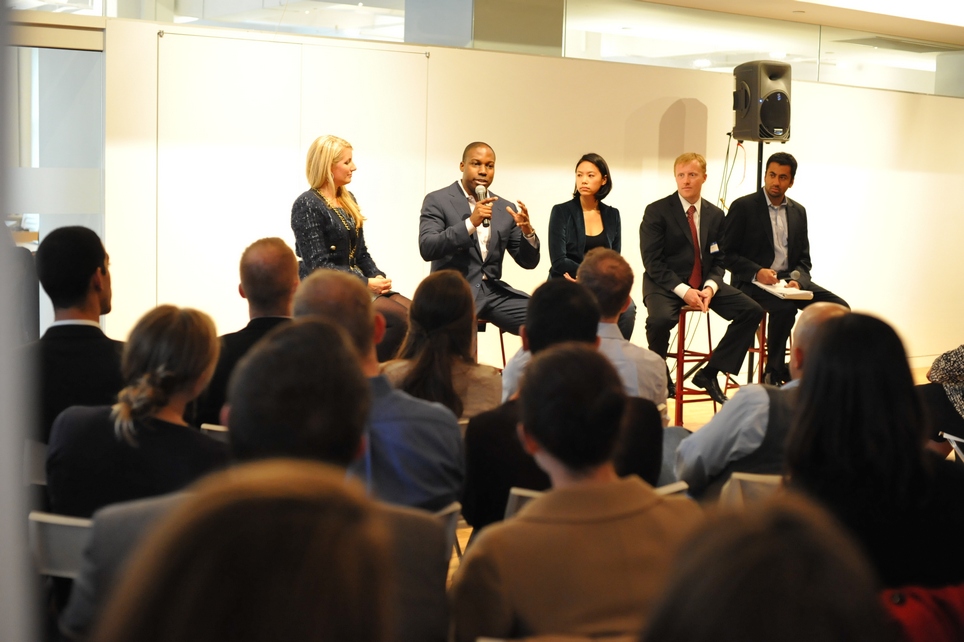 This past Tuesday, the White House Office of Public Engagement partnered with the Small Business Administration and two of its partners (the NYC Fund for Public Advocacy and General Assembly Incubator) to host the Young Entrepreneur Summit.

Prior to the Summit, White House and SBA officials also participated in roundtables with both young business leaders at General Assembly and young urban youth at the NAACP-NY.

The Young Entrepreneur Summit is part of President Obama’s push around job growth for America’s young people, and therefore had a strong focus on connecting the business community with young people all over the country. More than 7,000 young people joined the conversation via livestream, and engaged in Q&A with panelists via twitter.

An inspiring evening for all who participated, and sentiment was perhaps best summed up by Mason Fuller. In response to a question about best practices and keeping jobs here in the United States, Mason provided some context for hiring young American workers rather than folks overseas, “Americans are some of the most creative people. Teamwork-oriented people with good energy…and you can’t really outsource that. You can’t offshore energetic people who come together as a great team.”  Watch the entire summit panel here!

Special thanks to Marisa Lee & Erin Andrew at the SBA, Reshma Saujani at the Fund for Public Advocacy, and Matt Brimer & the other founding partners of General Assembly for putting the summit together. If you would like to receive regular updates on youth outreach from the White House, including notices and invitations to participate in events like the Young Entrepreneur Summit, please click here to sign up.

Kalpen Modi is Associate Director of the Office of Public Engagement