Helping Women Advance in the Workplace

May 20, 2011 at 12:21 PM ET by Sara Manzano-Díaz
Twitter Facebook Email
Summary:
With women now making up almost half of our nation’s labor force, they are increasingly juggling work with caregiving responsibilities at home. Read about how the Administration is working to highlight and drive national dialogues on Workplace Flexibility.

With women now making up almost half of our nation’s labor force, they are increasingly juggling work with caregiving responsibilities at home.  One solution to this dilemma is workplace flexibility. Research has shown that flexible workplaces are a key to keeping America competitive in a 21st Century global economy. Not only does this approach help a company’s bottom line, it leads to increased worker productivity and attracts and retains the best workers. 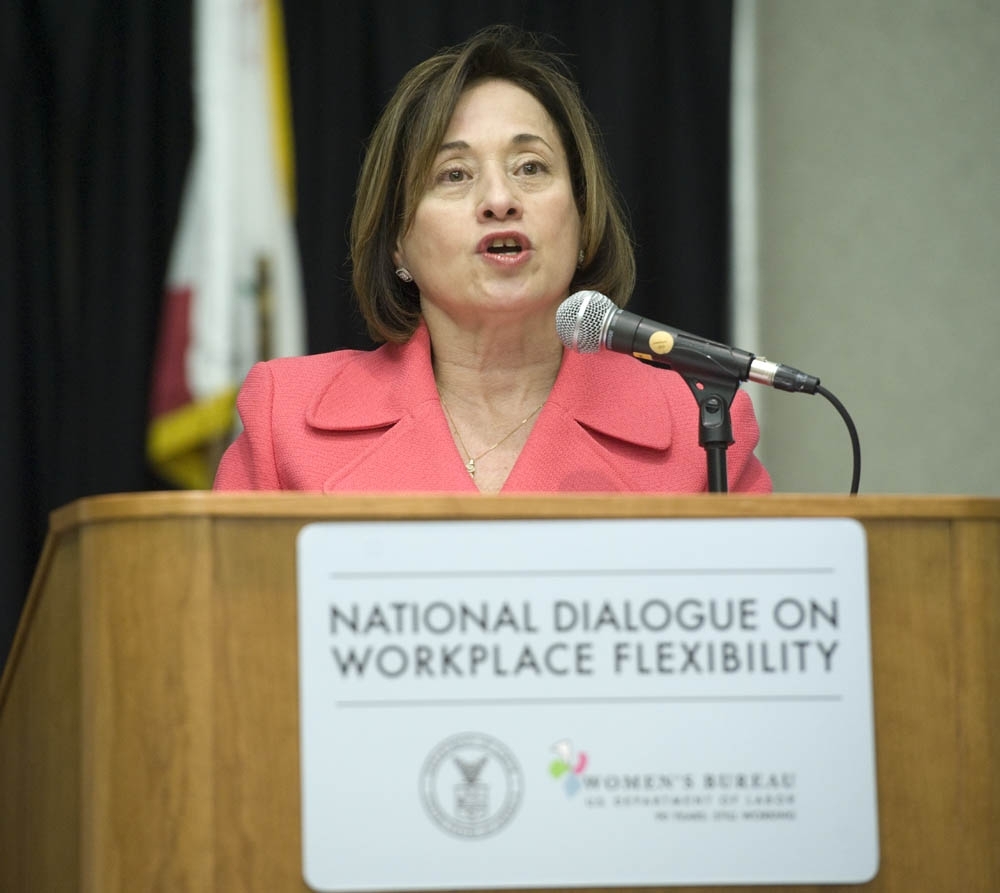 President Obama and Secretary of Labor Hilda Solis have both underscored the importance of workplace flexibility to enable Americans to succeed in the workplace and at home.  In accordance with this goal, the Women’s Bureau will host the New York Professional Workers National Dialogue on Workplace Flexibilityon Thursday, June 30.  This will be the 10th and final Dialogue in a series of ten (other cities included Dallas, Atlanta, Pasadena, Chicago to name a few) we’ve hosted around the country to build on the message and momentum from the March 2010 White House Flexibility Forum.  In New York, we will bring together workers, workplace flexibility experts, women’s rights leaders, business leaders and union representatives to discuss the unique challenges and solutions for implementing flexible work arrangements in the professional/white collar industry.

While the Dialogue seeks to gather best practices that can be shared with employers in the future, the Department of Labor has also been busy on several other indicatives to advance women in the workplace.

As the Women’s Bureau looks to conclude its last National Dialogue on Workplace Flexibility, the Department of Labor and Secretary Solis recently released the latest report in a series detailing the experiences of women workers in the current U.S. labor force. Titled, Women's Employment During the Recovery, the report highlights key data about female workers in America. The report also provides important information about the Department’s focus areas and what we are doing to support and train women for success in the 21st century. Secretary Solis introduced this report via a conference call with nearly 500 stakeholders and some of her department’s own working mothers – Chief Economist Betsey Stevenson and myself.

Additionally, the Department recently launched the first application for smartphones, a timesheet to help employees independently track the hours they work and determine the wages they are owed. With the application available in English and Spanish, users conveniently can track regular work hours, break times and any overtime hours for one or more employers. This new technology is significant for workers who once relied on their employer’s records; instead workers now can keep their own. This can prove to be invaluable in a dispute with an employer who fails to keep accurate records.

These are a few ways the Department of Labor continues to help employees be competitive in the 21st century economy and improve our tools and resources.

Sara Manzano-Díaz is Director of the U. S. Department of Labor’s Women’s Bureau