"Our Force is a Force of Families": First Lady Michelle Obama to West Point Graduates

We came in to West Point under cloudy grey skies for the First Lady's speech to the Class of 2011. In fact, we found out that it had been pouring rain for the last five days!  But as the plane touched down, the last of the showers swept through, the clouds parted, and beautiful blue skies greeted Mrs. Obama as she came onto campus. Similarly warm greetings came through from the community, from people waving to the motorcade as it drove by to the thunderous applause that greeted her as she entered Washington Hall for the Class Banquet.  Lieutenant General David Huntoon Jr., the Superintendent of the United States Military Academy (USMA), noted that West Point and the First Lady shared a similar ethos that emphasized values and service.

In her remarks, the First Lady emphasized how important family had been and would continue to be in the lives of these new officers, reminding them:

Our force is a force of families...They’re military spouses who pursue a career, raise their kids alone, and still find time for night school.  They’re children who move from town to town, constantly adjusting to new schools and making new friends.  They’re Blue Star moms who wake up every morning and pray and pray that their child comes home safely.  They’re Gold Star families who honor the memory of their loved ones while channeling their strength into serving others.

But the First Lady was also empathic that those families would not bear the burden alone.  She reminded the class that an entire country stood behind them, and that through efforts like the Joining Forces initiative, the combined efforts of diverse organizations from government and business to faith-based organizations and school districts would be backing them up. She ended the speech with a stirring promise: 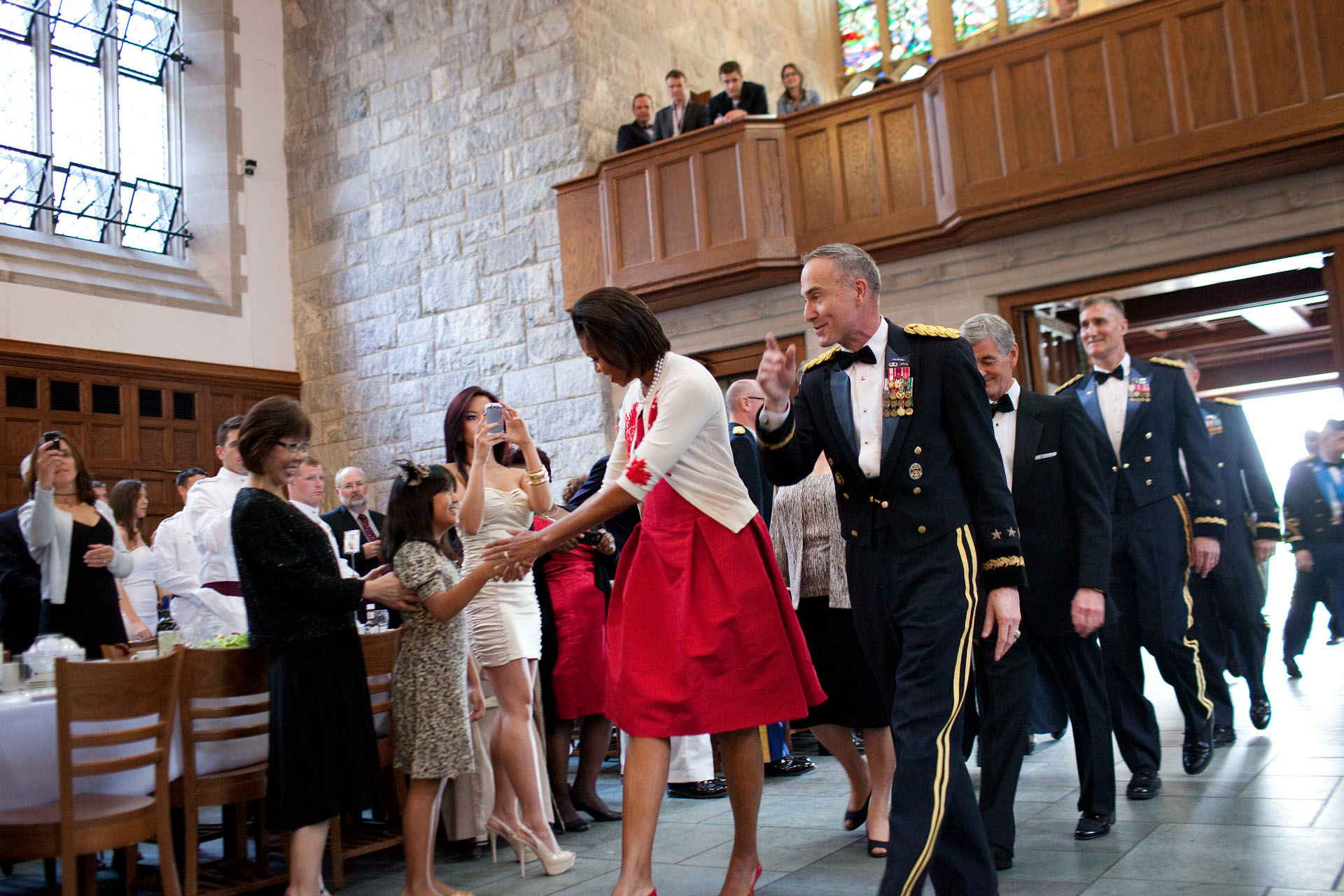