May 24, 2011 at 5:40 PM ET by Bobby Rosen
Twitter Facebook Email
Summary:
Some of the very best K-6 math and science teachers from across the country were zipping around Washington, DC, last week for a whirlwind series of exciting events. 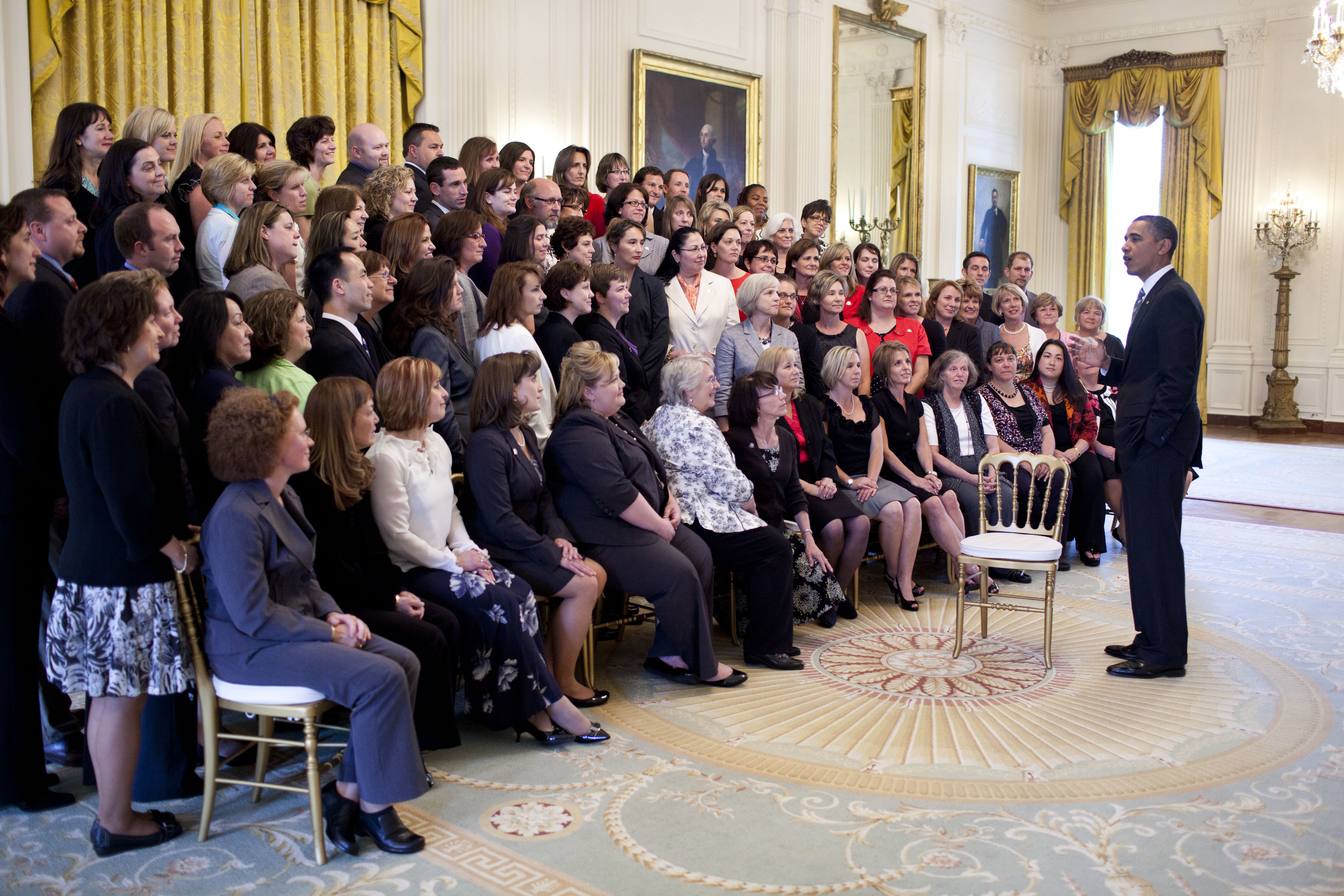 Cross-posted from the Office of Science and Technology Policy blog.

Some of the very best K-6 math and science teachers from across the country were zipping around Washington, DC, last week for a whirlwind series of exciting events. The teachers—all recipients of this year’s Presidential Awards for Excellence in Mathematics and Science Teaching (PAEMST)—spent several days engaging with members of Congress and Administration officials and topped off their week with a meeting with President Obama in the East Room of the White House late Friday afternoon. The President, who has made science and math education one of his key priorities since taking office, congratulated the teachers and thanked them for their commitment to training the Nation’s youth in these subjects, which are so critical to America’s future.

The PAEMST is the highest honor bestowed by the United States government on elementary and secondary school science and math teachers. In addition to meeting with the President, this year’s awardees were greeted earlier on Friday by Dr. Jill Biden, a longtime educator herself, as they and their guests participated in a tour of the White House’s East Wing.  Dr. Biden took a moment to specially recognize two awardees who are currently teaching children of military families stationed in Hohenfels, Germany, through the Department of Defense’s Education Activity program.

Military students and their parents face a particular set of challenges, including parental deployment and frequent transitions.  For this reason, Dr. Biden and the First Lady have made education at schools heavily attended by students from military families a focus of their Joining Forces initiative, which was launched last month to encourage all Americans to recognize and support military families, service members, and veterans.

Each year the PAEMST award, which is administered by the National Science Foundation on behalf of the Office of Science and Technology Policy, alternates between granting honors to teachers of grades K-6 and grades 7-12.  Recipients are given a $10,000 award and an expense-paid trip to Washington, DC, for an awards ceremony—hosted this year by OSTP Associate Director for Science and Nobel laureate Carl Wieman—and several days of educational and celebratory events.  In addition to the President and Dr. Biden, the awardees met with NASA Administrator and former astronaut Charlie Bolden; EPA Administrator Lisa Jackson; Assistant Secretary of Commerce Kathryn Sullivan; Jim Gates of the President’s Council of Advisors on Science and Technology; and members of Congress.

President Obama talks frequently about the importance of science, technology, engineering and mathematics (STEM) education to our Nation’s strength and prosperity, and has visited science fairs as well as hosting one at the White Hosue last fall.  In his most recent State of the Union address, the President committed to training 100,000 new high-quality math and science teachers within the next decade.  Meanwhile, his signature “Educate to Innovate” campaign has attracted more than $700 million in donations and in-kind support from corporations, philanthropies, service organizations, and others to help bolster science and technology education in the classroom.

The PAEMST awardees are among the very best of the countless teachers in classrooms around the country who are working every day to nurture young minds and forge a better and brighter future for our country.  Congratulations to them and their families!