Another Big Week for the American Auto Industry

May 27, 2011 at 10:48 AM ET by Jen Psaki
Twitter Facebook Email
Summary:
U.S. Department of Treasury announces that Chrysler repaid $5.9 billion in U.S. government loans more than six years ahead of schedule, bringing the total amount of money Chrysler has returned to taxpayers to $10.6 billion. 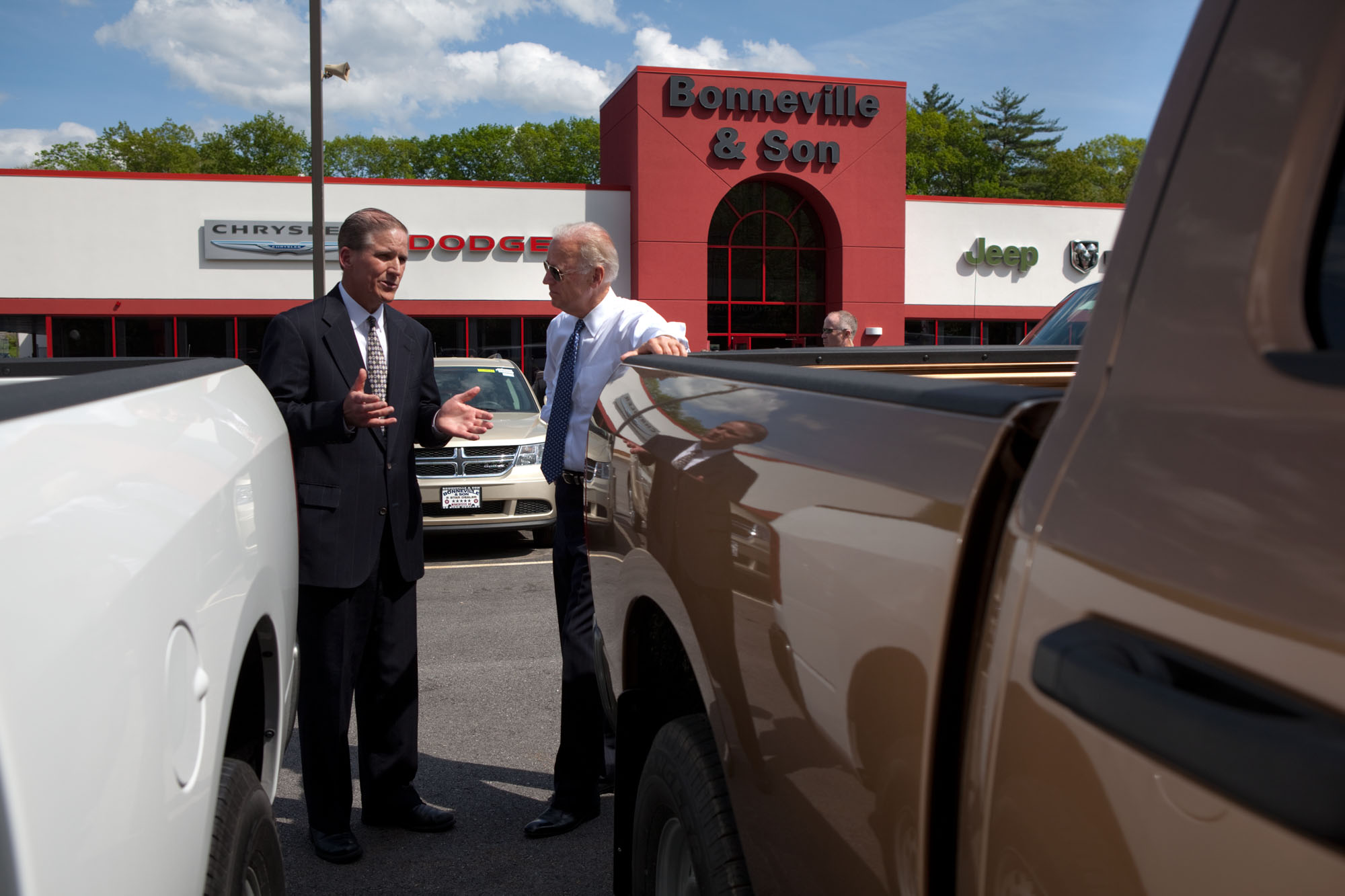 On Tuesday, the U.S. Department of Treasury announced that Chrysler repaid $5.9 billion in U.S. government loans more than six years ahead of schedule, bringing the total amount of money Chrysler has returned to taxpayers to $10.6 billion. The announcement “marks a significant milestone for the turnaround of Chrysler and the countless communities and families who rely on the American auto industry,” President Obama said in a statement. Next Friday, the President will visit a Chrysler plant in Toledo, Ohio where he will highlight that incredible turnaround.

Just two years ago, the American auto industry was on the brink of collapse. The President made a difficult decision to provide support to Chrysler and General Motors on the condition that all stakeholders make the sacrifices necessary to fundamentally restructure those companies and put them on a path to viability.

“Supporting the American auto industry required making some tough decisions, but I was not willing to walk away from the workers at Chrysler and the communities that rely on this iconic American company,” President Obama said. “If Chrysler and all its stakeholders were willing to take the difficult steps necessary to become more competitive, America would stand by them, and we did.”

Earlier this week, Assistant to the President for Manufacturing Policy Ron Bloom and Deputy Director of the National Economic Council Brian Deese joined Chrysler CEO Sergio Marchionne to mark the historic day at the company’s Sterling Heights assembly plant.  The factory, once slated to be shuttered, has not only retained its 1,270 jobs, but also added another 900 jobs to keep up with sales.

“Best of all, we’re seeing success stories like the one here at Sterling Heights play out all across the country,” Bloom told workers.  “In Michigan, as well as in Indiana, Pennsylvania, and Missouri, and across the country, since GM and Chrysler emerged from bankruptcy, the auto industry has added 115,000 jobs – the fastest pace of job growth in the auto industry since the 1990s.”

In addition to congratulatory phone calls to Chrysler CEO Sergio Marchionne and United Auto Workers President Bob King, Vice President Biden called to thank Frances Soehartono, a worker from Chrysler’s Jefferson North Plant in Michigan. After being out of work for over two years, Frances was hired by Chrysler a year ago. Chrysler’s historic turnaround, the Vice President told Frances, is due in large part to the high quality of American workmanship and the dedication of workers like her.

On Wednesday, Vice President Biden paid a visit to a local Chrysler dealership in Manchester, New Hampshire. Bonneville and Son Chrysler is an example of the company’s resurgence at the local level – having faced tough years in 2009 and 2010, the dealership is now on a clear path to its best year since before the recession.  During a tour of the lot led by second-generation dealer Ed Bonneville Jr., Vice President Biden told a group of employees and potential customers that there isn’t any reason why the American auto industry cannot be the best in the world.

Chrysler’s benchmark achievement wasn’t the only piece of evidence of the American auto industry’s resurgence. This week GM also fleshed out its recent announcement that it will add 4,200 jobs around the country with news of 2,500 new jobs at its Hamtramck plant – which builds, among other things, the Chevy Volt.