President Obama in Joplin: "It's an Example of What the American Spirit is all About"

May 29, 2011 at 7:21 PM ET by Nikki Sutton
Twitter Facebook Email
Summary:
President Obama travels to Joplin, Missouri to meet with those in the community who lost so much in the devastating tornados and participates in a Memorial Service.
[[nid:47246]]

Today, President Obama traveled to Joplin, Missouri to meet with those in the community who lost so much in the tornados last week and participate in a Memorial Service at Missouri Southern University. 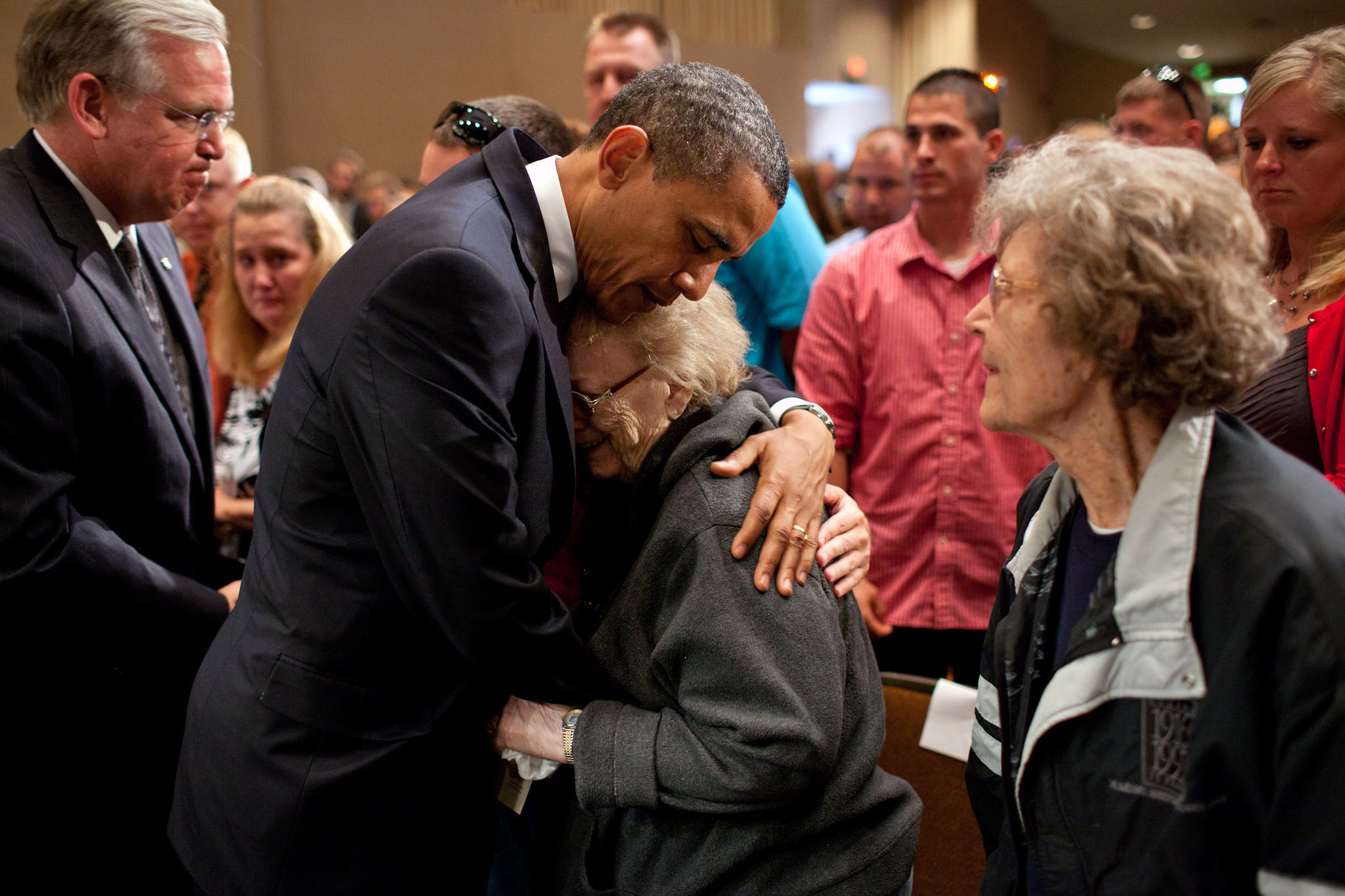 President Barack Obama hugs a woman who lost a loved one, during the memorial service for victims of the tornado in Joplin, Missouri, May 29, 2011. (Official White House Photo by Pete Souza)

Before the Memorial Service, President Obama visited one of the neighborhoods that was devastated by the tornadoes. After seeing the extensive tornado damage the President spoke to the people of Joplin and reminded them that they are not alone in this tragedy:

The main thing I just want to communicate to the people of Joplin is this is just not your tragedy.  This is a national tragedy and that means there will be a national response.   Craig Fugate, who has probably been the busiest man in the federal government over this last bit of months, has been on the ground since just the day after this happened, and he’s helping to coordinate with an outstanding team of state and local officials. We're going to do everything we can to continue whatever search and rescue remains.  We are doing everything we can to make sure that folks get the shelter that they need, the support that they need. 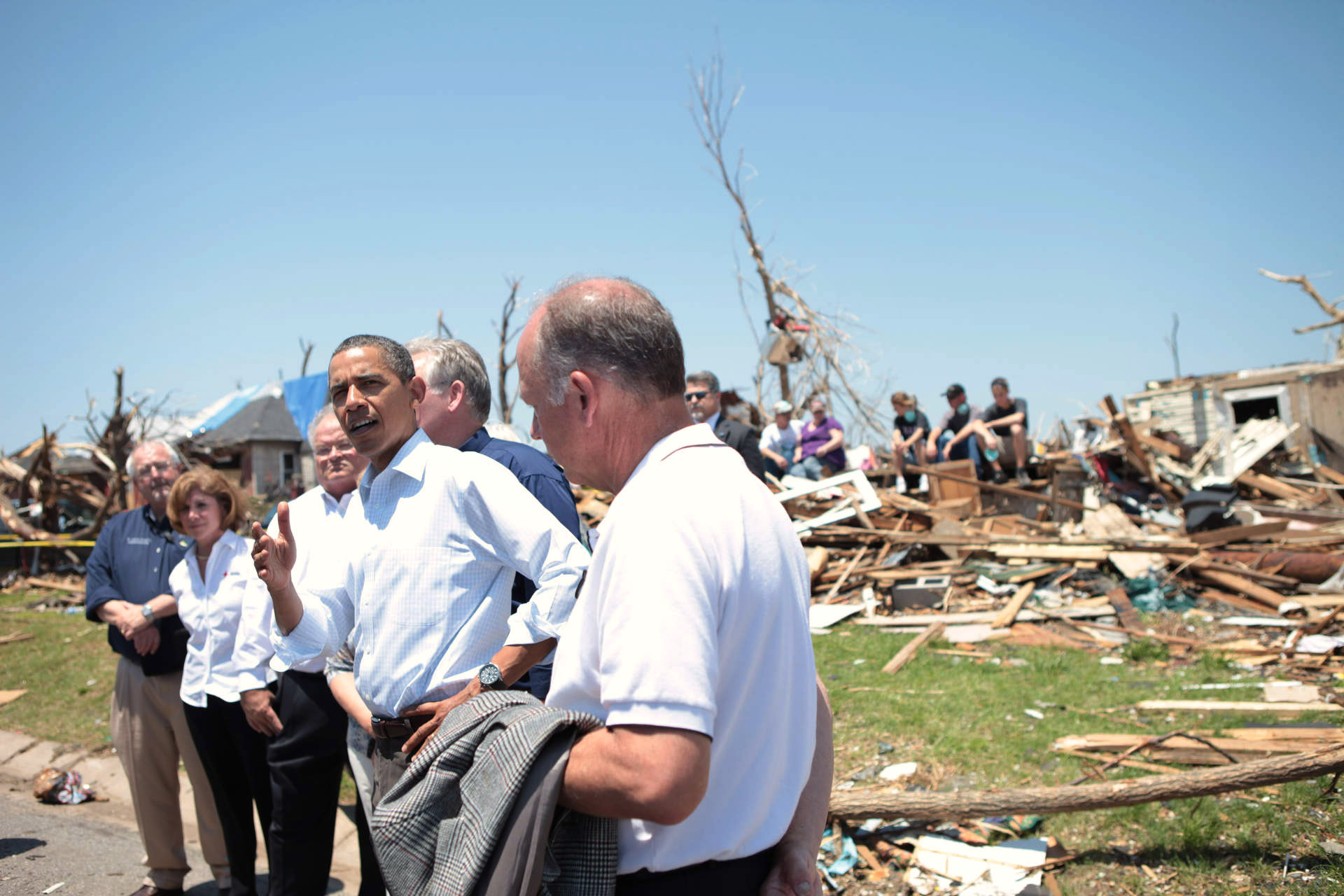 President Barack Obama makes a statement to the press during his tour if neighborhoods devastated by last week’s tornado in Joplin, Missouri, May 29, 2011. (Official White House Photo by Samantha Appleton)

The President also thanked all of the volunteers and community members who are lending a hand to their neighbors during this difficult time:

So to all the volunteers who are helping out -- one of the things that’s been incredible is to see how many people from out of state have driven from as far a way as Texas, nearby Illinois, people just coming here to volunteer -- firefighters, ordinary citizens.  It’s an example of what the American spirit is all about.  And that gives us a lot of encouragement at a time when obviously people are going through a lot of hardship.

During the Memorial Service, the President spoke of the strength of the community coming together in response to the storm:

How we respond when the storm strikes is up to us.  How we live in the aftermath of tragedy and heartache, that’s within our control.  And it’s in these moments, through our actions, that we often see the glimpse of what makes life worth living in the first place.

In the last week, that’s what Joplin has not just taught Missouri, not just taught America, but has taught the world.  I was overseas in the aftermath of the storm, and had world leaders coming up to me saying, let the people of Joplin know we are with them; we’re thinking about them; we love them.  (Applause.)

Because the world saw how Joplin responded.  A university turned itself into a makeshift hospital.  (Applause.)  Some of you used your pickup trucks as ambulances, carrying the injured -- (applause) -- on doors that served as stretchers.  Your restaurants have rushed food to people in need.  Businesses have filled trucks with donations.  You’ve waited in line for hours to donate blood to people you know, but also to people you’ve never met.

Learn how you can lend your support to the people of Joplin. 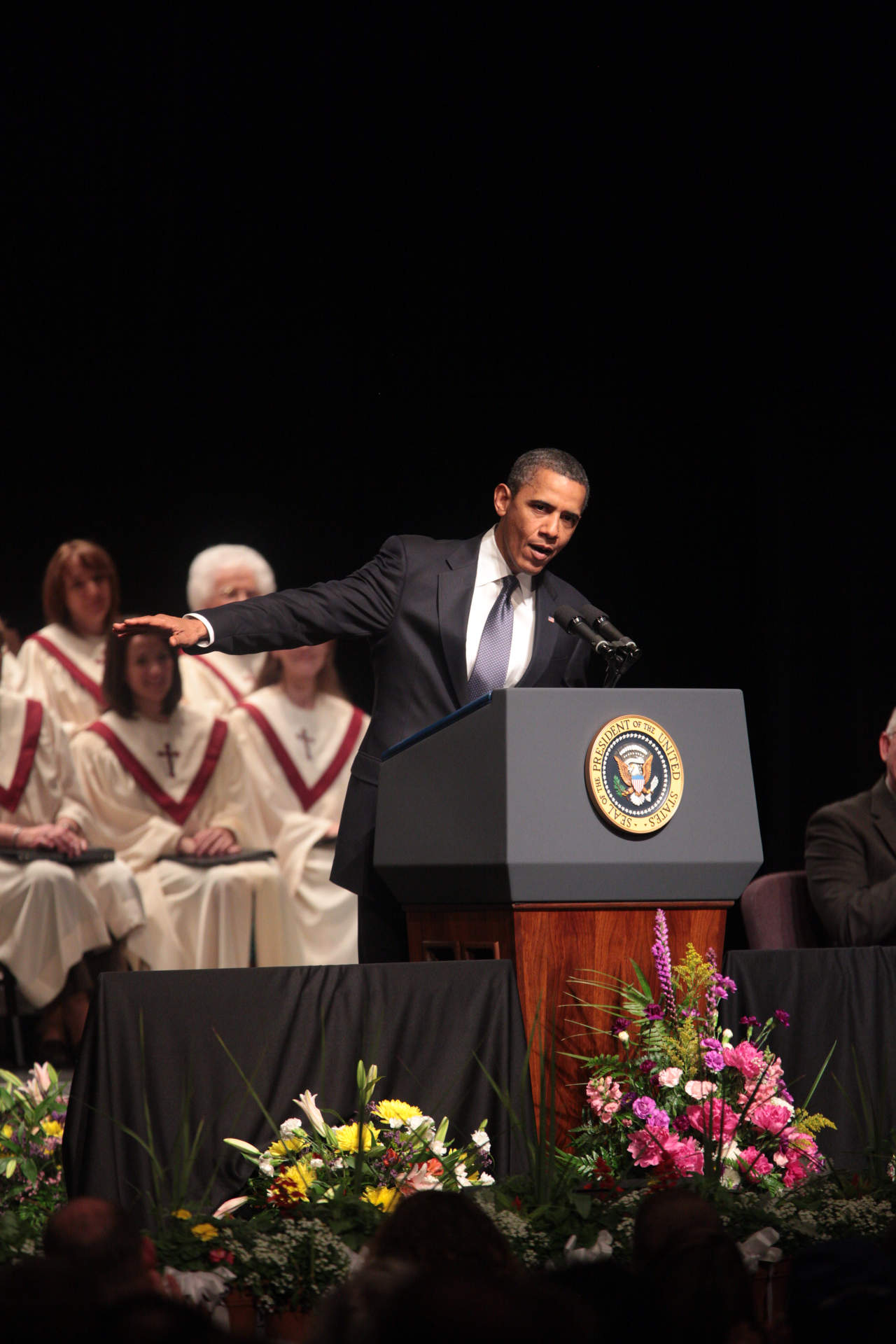 President Barack Obama delivers remarks at a memorial in honor of the victims of the devastation from a F5 tornado on May 22nd in Joplin, Missouri, May 29, 2011. (Official White House Photo by Samantha Appleton)