President Obama at Toledo Chrysler Plant: “I Placed My Bet on You”

June 3, 2011 at 4:34 PM ET by Katelyn Sabochik
Twitter Facebook Email
Summary:
President Obama travels to Toledo, Ohio and tours the Chrysler Group Toledo Supplier Park and speaks with employees there about the tough decision he made in 2009 to support the restricting of the company rather than allowing it to fail. 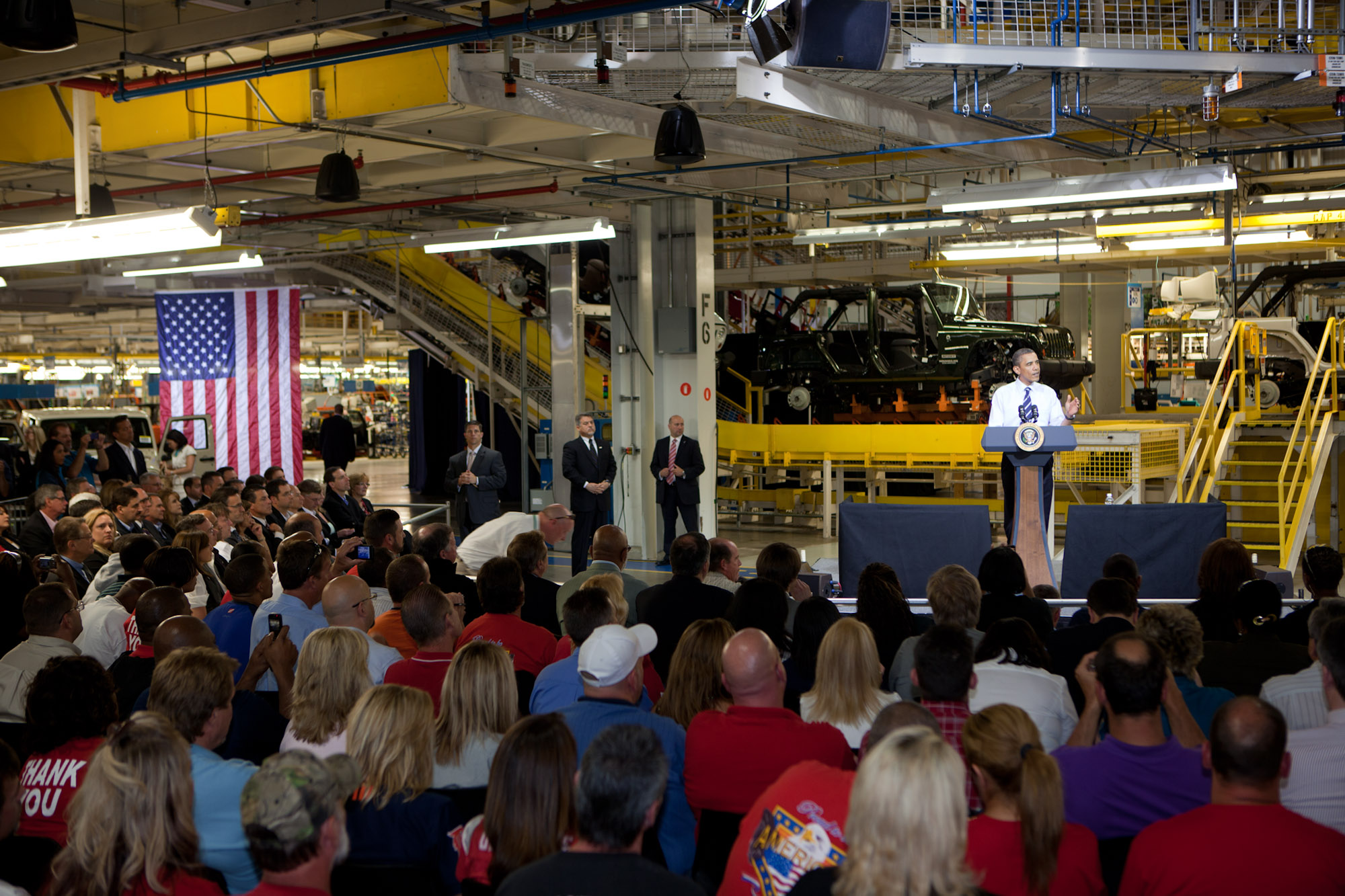 Today, President Obama travelled to Toledo, Ohio where he toured the Chrysler Group Toledo Supplier Park and spoke with employees there about the tough decision he made in 2009 to support the restricting of the company rather than allowing it to fail.

Now, we had a few options.  We could have followed the status quo and kept the automakers on life support by just giving them tens of billions of dollars of taxpayer money, but never really dealing with the structural issues at these plants. But that would have just kicked the problem down the road.

Or we could have done what a lot of folks in Washington thought we should do, and that is nothing.  We could have just let U.S. automakers go into an uncontrolled freefall.  And that would have triggered a cascade of damage all across the country.  If we let Chrysler and GM fail, plants like this would have shut down, then dealers and suppliers across the country would have shriveled up, then Ford and other automakers could have failed, too, because they wouldn’t have had the suppliers that they needed.  And by the time the dominos stopped falling, more than a million jobs, and countless communities, and a proud industry that helped build America’s middle class for generations wouldn’t have been around anymore.

So in the middle of a deep recession, that would have been a brutal and irreversible shock to the entire economy and to the future of millions of Americans.  So we refused to let that happen. 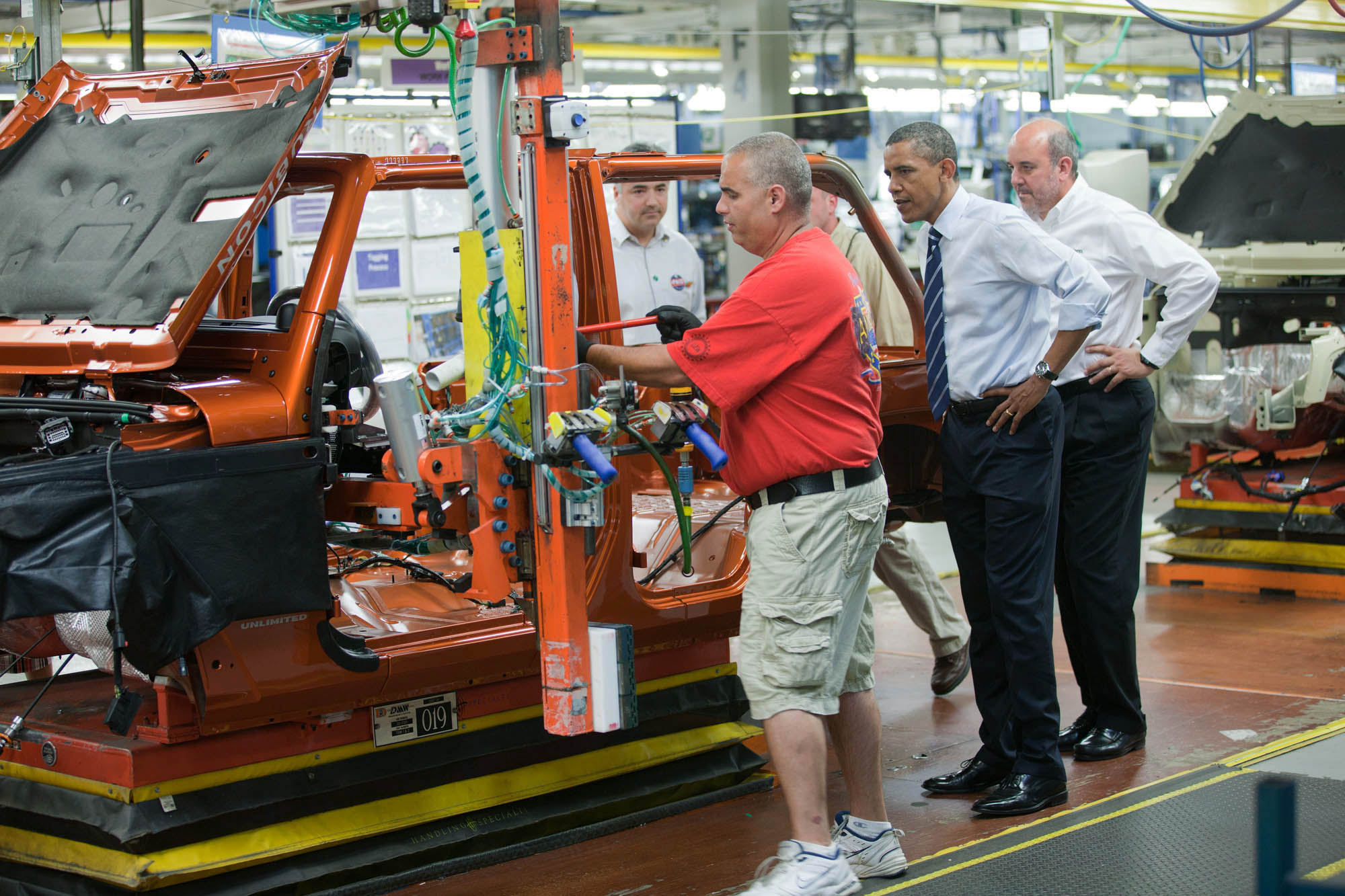 Earlier this week, the National Economic Council released a report on the resurgence of the American auto industry, which created 113,000 jobs over the past two years.  (You can view the report here or check out our infographic).

In his remarks this afternoon, the President commented on Chrysler’s turnaround:

So I placed my bet on you.  I put my faith in the American worker.  And I’ll tell you what -- I’m going to do that every day of the week, because what you’ve done vindicates my faith.

Today, all three American automakers are turning a profit.  That hasn’t happened since 2004.  Today, all three American automakers are gaining market share.  That hasn’t happened since 1995.  And today, I’m proud to announce the government has been completely repaid for the investments we made under my watch by Chrysler because of the outstanding work that you guys did.  (Applause.)  Because of you.  (Applause.)

Chrysler has repaid every dime and more of what it owes the American taxpayer from the investment we made during my watch.  And by the way, you guys repaid it six years ahead of schedule.  (Applause.)  And last night, we reached an agreement to sell the government’s remaining interest in the company.  So, soon, Chrysler will be 100 percent in private hands.  Early.  Faster than anybody believed.  (Applause.)