Today, President Obama welcomed the 2010 BCS National Champion Auburn Tigers to the White House and congratulated the team on “winning their first national title since before I was born.”

Former Press Secretary (and Auburn fan) Robert Gibbs and his son Ethan were also on hand to celebrate the occasion.

During his remarks, President Obama reflected on the team’s commitment to helping those in their home state of Alabama in the wake of the recent devastating tornadoes:

Now, this visit was originally scheduled to happen a couple of months ago.  But two days before this team was supposed to be in Washington, the state of Alabama was hit by a series of devastating tornados.

So Michelle and I went down with many members of the congressional delegation to meet some of the folks who had lost loved ones, make sure everything possible was being done to help the community get back on its feet.  And it was a heartbreaking visit.  Coach and I were just talking about -- you don't understand the devastation until you see it firsthand.

But what was also inspiring was the amount of strength and generosity that was shown by so many people in the midst of so much tragedy.  And that includes the members of this program.  Two days after the tornado, almost 70 Auburn coaches, players, and athletic department staff -– led by Coach -– traveled to Pleasant Grove and Cullman to help out with relief efforts.

And even though one of the toughest-hit areas by the storm was the home of the Crimson Tide, this team knew what we all know in situations like this, which is we’re all on the same team.  We’re all Americans first and foremost, and we’ve got an obligation to support each other in times of need.

So I’ve said before, I will say again, we will continue to stand with the victims of these disasters -- whether they’re in Tuscaloosa or in Joplin, Missouri, which I just visited a couple weeks ago -- we’re going to do this as long as it takes until families are able to rebuild. 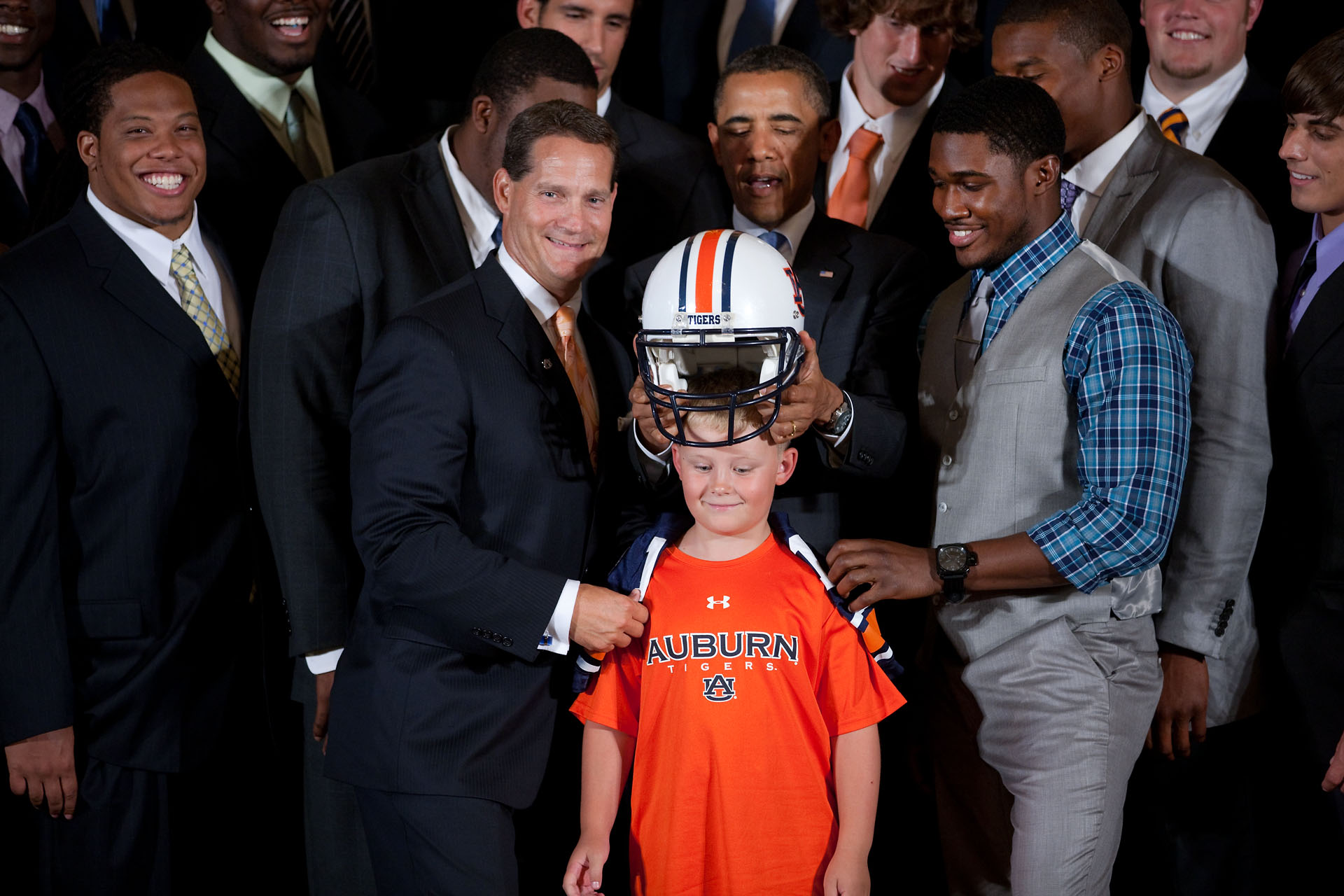