“If You See Something, Say Something” Campaign Partners with Jewish Community

June 10, 2011 at 7:16 PM ET by Danielle Borrin
Twitter Facebook Email
Summary:
DHS Secretary Janet Napolitano stops by the White House to launch the "When You See Something, Say Something™” campaign's first faith-based partnership with the Jewish community, focused on shared responsibility to help keep all of our communities safe.

Today Secretary of Homeland Security Janet Napolitano, Jon Carson, Director of the White House Office of Public Engagement, and I met with Jewish leaders from across the country to highlight the important role of faith-based leaders in providing guidance and assistance to their organizations and institutions regarding ways to protect against terrorism and other threats. 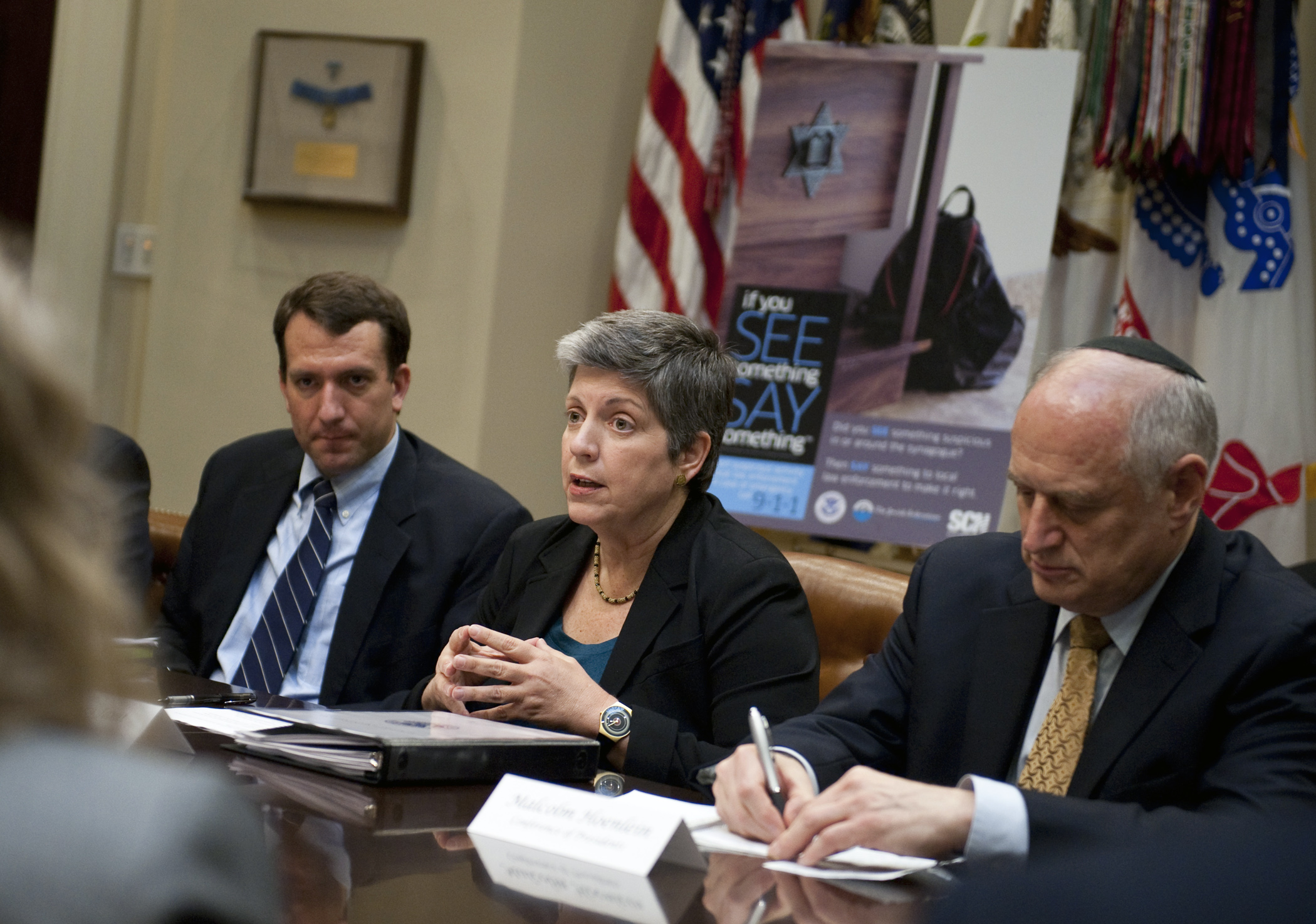 Secretary Janet Napolitano and Director of the Office of Public Engagement Jon Carson meet with Jewish leaders on the "When You See Something, Say Something” campaign's first faith-based partnership in the Rooselvelt Room of the White House, June 10, 2011. (DHS Photo by Barry Bahler)

Secretary Napolitano announced the expansion of the Department of Homeland Security’s “If You See Something, Say Something™” public awareness campaign into a partnership with the Jewish Federations of North American (JFNA) and theSecure Community Network (SCN). “Expanding the ‘If You See Something, Say Something™’ campaign to national Jewish groups, the first faith-based partnership for the campaign, is an important step in the Department’s ongoing effort to engage the American public in our nation’s security efforts,” said Secretary Napolitano.

The campaign will feature print and social media materials distributed to the thousands of centers and organizations that the associations reach. SCN, an organization that was established to institutionalize security awareness and preparedness into the consciousness of the American Jewish community, provides the Jewish community with important, timely, and credible communications, consultations, and training sessions. JFNA, an organization that represents 157 Jewish Federations and over 300 Network communities, protects and enhances the well-being of Jews worldwide through the values of tikkun olam (repairing the world), tzedakah (charity and social justice) and Torah (Jewish learning).

Jerry Silverman, President and CEO of The Jewish Federations of North America, praised the partnership as one that “will empower us to counter this threat as we become more actively involved in our own protection.”