June 13, 2011 at 7:28 PM ET by Erin Lindsay
Twitter Facebook Email
Summary:
Vice President Biden announces that the President has asked him to take on a new role holding the Cabinet accountable for cutting waste in their agencies as part of the Administration’s ongoing effort to make government more accountable to the American people.

Today, the Vice President hosted an event at the White House where he announced that the President has asked him to take on a new role holding the Cabinet accountable for cutting waste in their agencies as part of the Administration’s ongoing effort to make government more accountable to the American people.

“For too long the federal government has allowed billions of taxpayer dollars to be wasted on inefficiencies,” said Vice President Biden. “Over the last two years, we have been slashing waste across government and today we are putting Washington on notice:  the President and I are committed to changing the way government works and we are stepping up the hunt for misspent dollars.”

The Vice President was joined for the announcement by Lew, Zients, and chairman of the Recovery Act Transparency and Accountability Board Earl Devaney, along with several agency Inspectors General, Chief Financial Officers, Deputy Secretaries, and additional Administration officials. 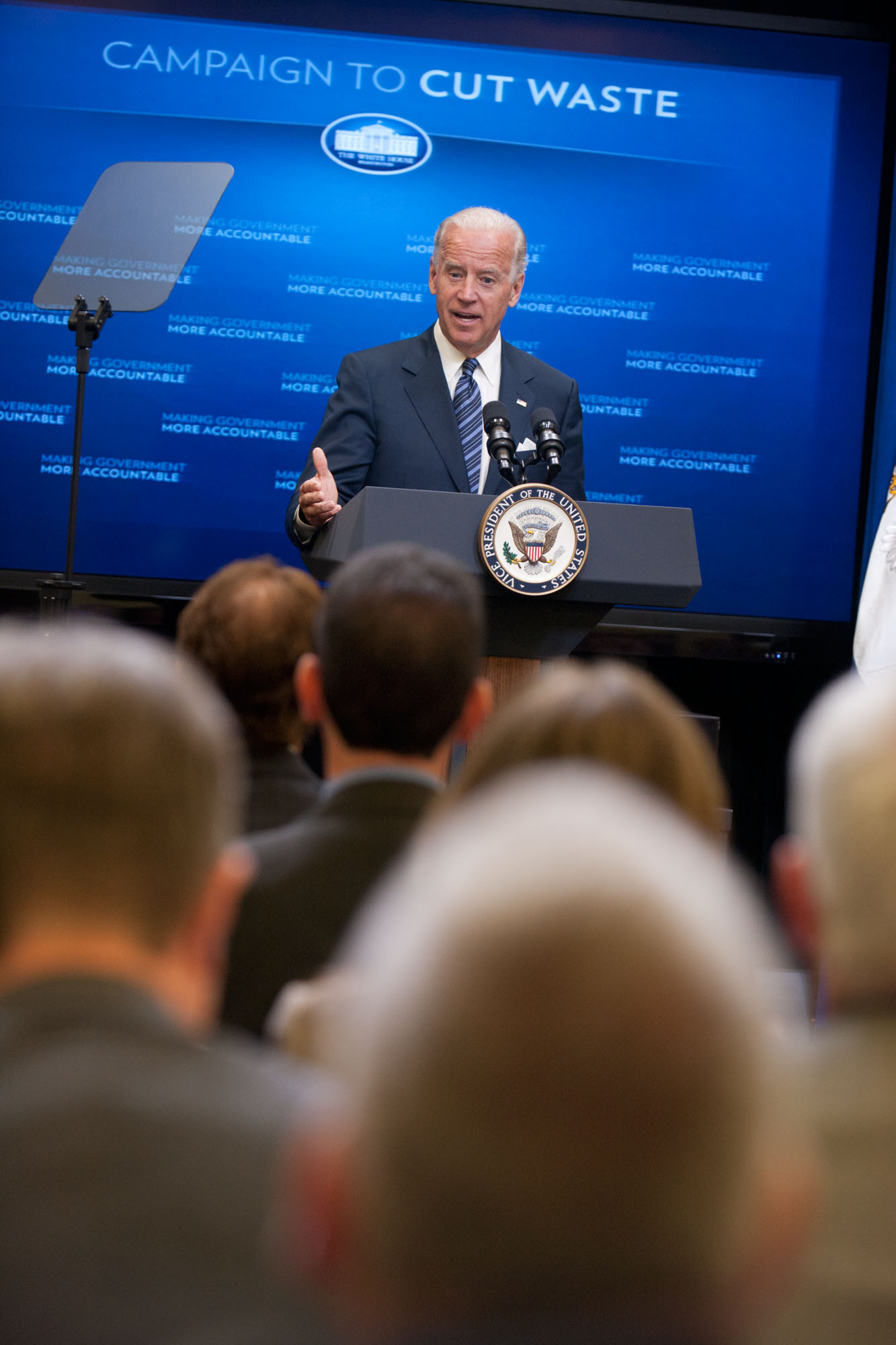 At the event, the Vice President outlined two new steps the government would be taking as part of an Executive Order establishing the Campaign to Cut Waste that the President signed this morning. The Executive Order creates a new Government Accountability and Transparency Board that will bring together the nation’s top waste, fraud and abuse watchdogs to ensure we bring the kind of unprecedented transparency and accountability we saw in the Recovery Act to all federal spending, and secondly it directs Cabinet members to report regularly on their progress in cutting waste and improving effectiveness.

Over the past two years, we have begun to change how Washington does business and saved billions of taxpayer dollars.  We’re demanding a better deal for taxpayers by cutting back on no-bid contracts and making businesses compete, going line by line through the budget looking for wasteful or duplicative programs to cut, and stopping billions of government payments from going to the wrong people, including dead people, prisoners, or fraudsters.   We’ve also done simple, but common sense things, like saving millions of dollars each year by ending the printing and shipping of Federal Registers that people already read online.

Still, we need to do more.   Today, taxpayers foot the bill for thousands of vacant and unneeded federal properties that because of politics and red tape can’t be sold or disposed of.   We’ve got a proposal before Congress to change that by setting up an independent commission to cut through the bureaucracy and bring the property to the market, saving taxpayer dollars $15 billion.

Additionally, as one of the campaign’s first steps, the Administration will be targeting duplication and waste among federal websites. There are almost 2,000 separate websites across the Federal Government. With so many separate sites, Americans often do not know where to turn for information.  We’re putting a halt to the creation of any new websites, and will eliminate more than half over the next year.

Cutting waste and reforming Washington has been a priority for this Administration since day one, and with today’s announcement we are bringing an unprecedented level of accountability to make the government more efficient and more responsive to the America people.

To receive regular updates on the Campaign to Cut Waste you can sign up for regular email updatesor visit Whitehouse.gov/21stcenturygov

P.S.: In case you missed it, President Obama and Vice President Biden launched the Campaign to Cut Waste in a joint video messageto the American people.