June 14, 2011 at 6:27 PM ET by Dorothy Stoneman
Twitter Facebook Email
Summary:
Dorothy Stoneman, President and CEO of YouthBuild USA, Inc., recounts the expansion of a program dedicated to involving low-income young people in producing affordable housing over the past three and a half decades. 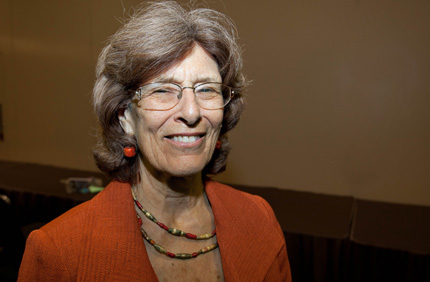 I was privileged on June 7th to join with White House staff and an extraordinary group of community leaders for a roundtable discussion with selected Champions of Change.

It was inspiring to meet and listen to the achievements and the passion of this group, and wonderful to know that we were just the tiny little tip of the iceberg of people dedicated to improving life in communities across America.

My own work laying the groundwork for the expansion of the YouthBuild program across the United States and now in 14 countries abroad, began in East Harlem in 1978 when I asked young people what they would like to do to improve their communities and they said they would like to rebuild abandoned buildings to create housing for the homeless.

We embarked on that project, built one 10 story tenement with 200 teenagers participating, and then responded to an overwhelming interest from around the City and then around the country.  Over the next 33 years the program has expanded with the support of public and private funds, to include 273 urban and rural communities in which low-income young people are producing affordable housing for their neighbors while earning their GED and high school diplomas and internalizing the ethic of service. When they finish a full-time year-long program they are prepared for apprenticeships in the building trades or for college. Many have also earned an AmeriCorps Segal Education Award for their service that will help pay for college.

YouthBuild has turned out to be a reliable transformational program through which the most disadvantaged youth break the cycle of poverty and position themselves to define and pursue their highest aspirations. It has become a federal program, funded by the US Department of Labor, expanded by President Obama as a key vehicle for engaging disadvantaged youth in service to their neighborhoods while completing their secondary education. Since it became a federal program in 1992, over 110,000 young people have produced over 21,000 units of affordable housing, and prepared to become productive citizens and champions of change in their own right.

Now the program is spreading in other countries because they have the same need to engage low-income unemployed young adults in productive activity and education.

Dorothy Stoneman is the President and CEO of YouthBuild USA, Inc.