June 14, 2011 at 7:38 PM ET by Kori Schulman
Twitter Facebook Email
Summary:
President Obama travels to San Juan, Puerto Rico and discusses the steps Puerto Rico is taking to win the future. View photos from the trip and watch video of the President's remarks.

Today, President Obama traveled to San Juan, Puerto Rico for the first official visit by a sitting U.S. President to the island since President Kennedy visited in 1961. The visit follows a comprehensive report of the President’s Task Force on Puerto Rico’s Status, which provides a meaningful way forward on the question of status while making significant recommendations important to Puerto Rico’s economic development. 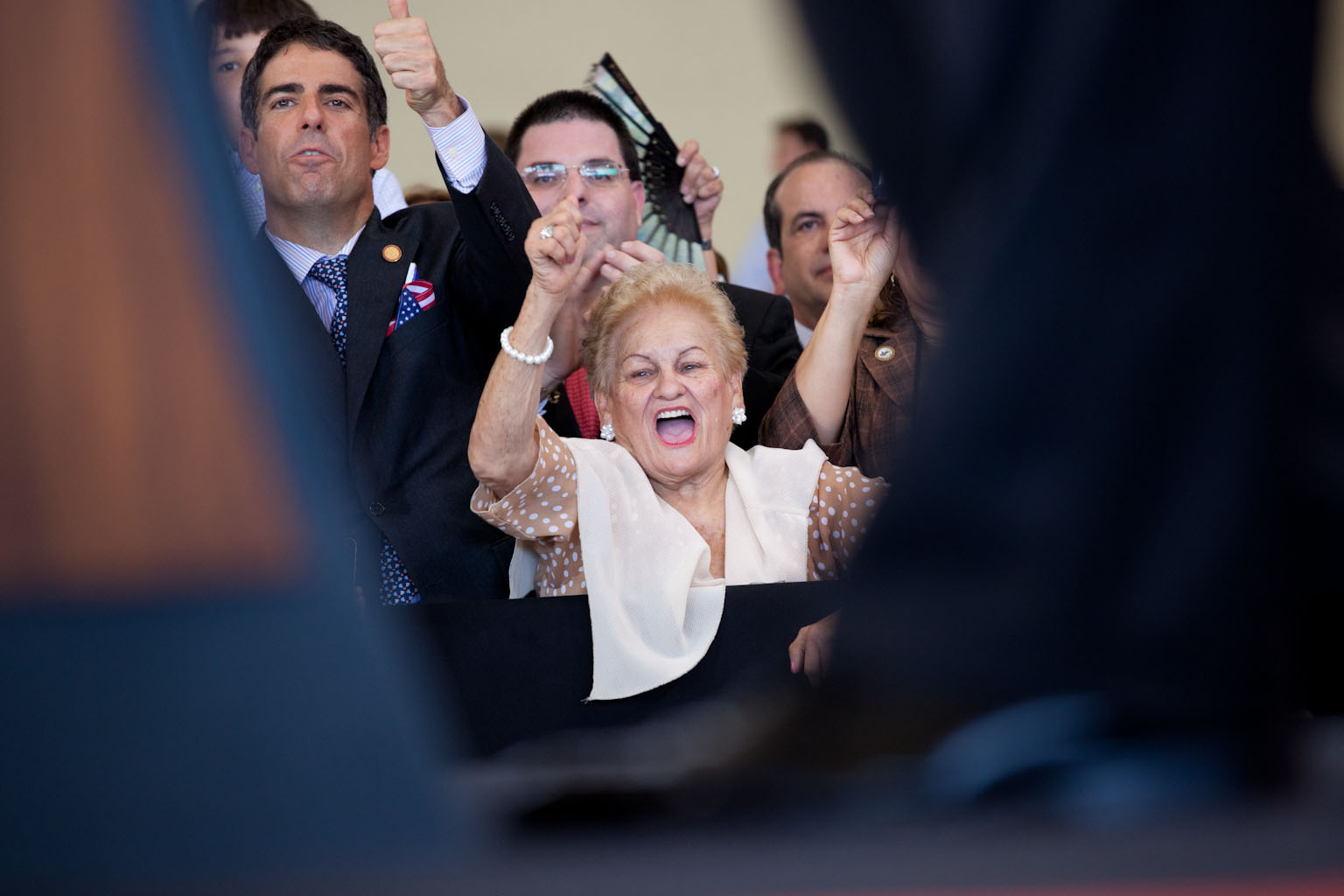 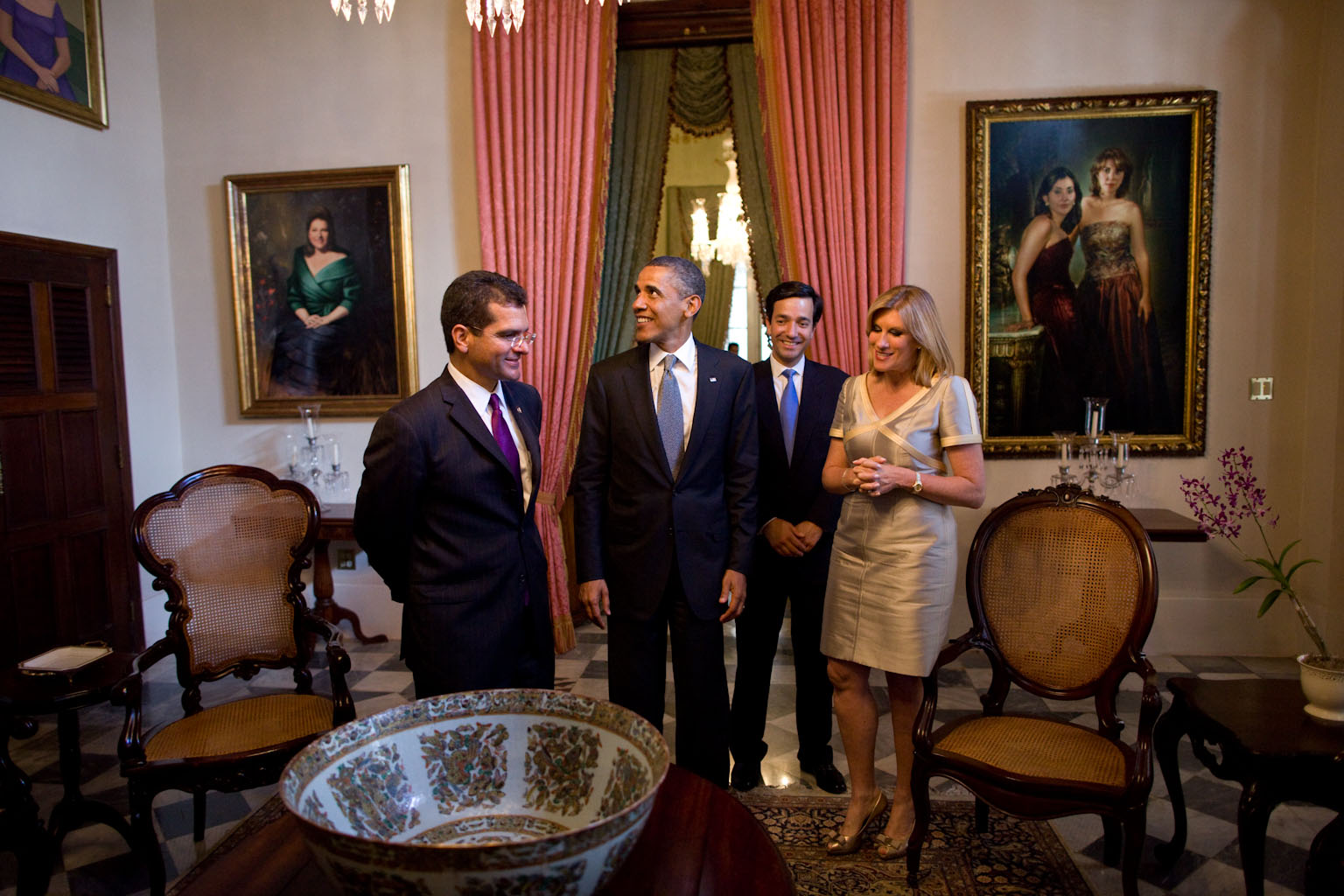 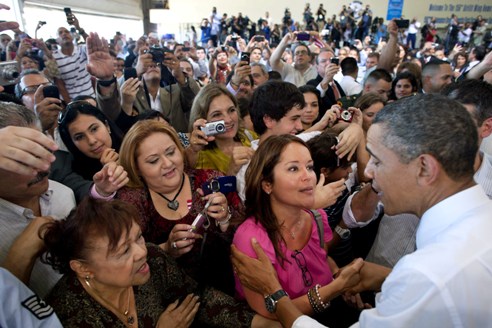 In his remarks, the President acknowledged the Puerto Rican men and women who serve in uniform and told the story of Juan Castillo, a World War II and Korean War vet, that's a couple of months away from his 101st birthday:

Juan’s legacy is carried on by Puerto Ricans in Iraq and Afghanistan; men and women like Chief Master Sergeant Ramon Colon-Lopez, of the United States Air Force. In 2004, Ramon’s team was going after a high-value target in Afghanistan.  His helicopter was seriously damaged by hostile fire.  In the thick of battle, he didn’t know how large the force that he was up against.  But he pressed on anyway, and his team killed or captured 12 enemy fighters.  Because of his bravery, he was the first Hispanic American to be awarded the Air Force Combat Action Medal.

And I tell this story because for decades, Puerto Ricans like Juan and Ramon have put themselves in harm’s way for a simple reason:  They want to protect the country that they love.  Their willingness to serve, their willingness to sacrifice, is as American as apple pie –- or as Arroz con Gandules.  The aspirations and the struggles on this island mirror those across America.

He highlighted the steps Puerto Rican workers are taking to create a clean energy economy, citing the example of the Cuartel de Ballaja, which he spoke in front of during a visit in 2008. This building, home to so many chapters of Puerto Rican history, is now being turned into a model of energy efficiency with an estimated 57 percent energy savings.

Those are the kinds of steps it will take for Puerto Rico to win the future and for America to win the future. That’s what we do in this country.  With each passing decade, with each new challenge, we reinvent ourselves.  We find new ways to solve our problems.  We push forward.

Puerto Rico, I don’t need to tell you that we’re not there yet.  We’re not where we need to be.  But in these challenging times, people on this island don’t quit.  We don’t turn back.  People in America don’t quit.  We don’t turn back.  We place our bets on entrepreneurs and on workers and on our families.  We understand that there is strength in our diversity.  We renew the American Dream.  We have done it before.  We will do it again.