Yesterday was a historic day not just because President Obama commemorated President John F. Kennedy’s visit to Puerto Rico 50 years ago, but because of the historic engagement this Administration has carried out with Puerto Rico. The visit wasn’t just a stop on the President's itinerary but rather an opportunity to highlight the federal government’s comprehensive approach to addressing critical issues that matter to the people of Puerto Rico including status, economic development, job creation, education, health care and making Puerto Rico a model of clean energy. 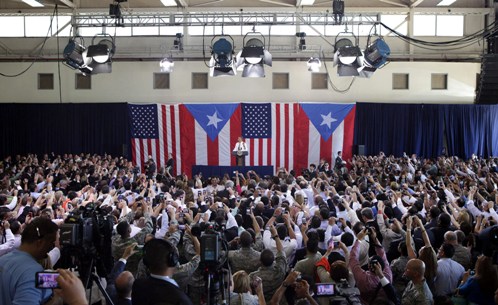 Yesterday morning, the President landed at Luis Muñoz Marin International Airport and when he stepped off Air Force One he was greeted by Governor of Puerto Rico Luis Fortuño, Resident Commissioner Pedro Pierluisi, Maj. General Antonio J. Vicens, Adjutant General of Puerto Rico, Jose Aponte Dalmau, Mayor of Carolina, Puerto Rico, Jorge Santini, Mayor of San Juan, Puerto Rico and renowned singer Marc Anthony.   He walked from the plane to an hanger where he was greeted by over 1,000 ecstatic Puerto Ricans waving Puerto Rican and American flags.  There, the President addressed specific ways the Administration is working to ensure we address the most pressing challenges for Puerto Rico, saying:

First of all, we’ve addressed the question of political status.  In March, a report from our presidential task force on Puerto Rican status provided a meaningful way forward on this question so that the residents of the island can determine their own future.  And when the people of Puerto Rico make a clear decision, my administration will stand by you.  I also know that there are plenty of other issues that the island is facing.  When President Kennedy was here, he addressed the relationship between Washington and San Juan, and he also spoke about tackling what he called, “the difficult problems of education and housing and employment.” In that same spirit, we’ve been trying to make sure that every family on the island can find work and make a living and provide for their children.  That’s why our economic plan and our health care reform included help for Puerto Rico.  That’s why we’re increasing access to broadband and investing in education.  That's why we’re helping to grow local tourism and health care and clean-energy industries.  We’re giving Puerto Ricans the tools they need to build their own economic futures.

In addition, President Obama addressed the contributions of Boricuas to American society – noting the contributions of people like Marc Anthony and JJ Barera, but also highlighting the Puerto Rican men and women who serve in our country’s uniform – specifically highlighting the stories of Juan Castillo and Chief Master Sergeant Ramon Colon-Lopez recently returned from Afghanistan.

I also want to take a moment to acknowledge all the Puerto Rican men and women who serve in our country’s uniform. One of those veterans is Juan Castillo.  Juan fought in World War II, and he fought in the Korean War.  Today, he’s two months away from his 101st birthday. Juan’s legacy is carried on by Puerto Ricans in Iraq and Afghanistan; men and women like Chief Master Sergeant Ramon Colon-Lopez, of the United States Air Force.  In 2004, Ramon’steam was going after a high-value target in Afghanistan.  His helicopter was seriously damaged by hostile fire.  In the thick of battle, he didn’t know how large the force that he was up against.  But he pressed on anyway, and his team killed or captured 12 enemy fighters.  Because of his bravery, he was the first Hispanic American to be awarded the Air Force Combat Action Medal.  (Applause.) And I tell this story because for decades, Puerto Ricans like Juan and Ramon have put themselves in harm’s way for a simple reason:  They want to protect the country that they love.  Their willingness to serve, their willingness to sacrifice, is as American as apple pie –- or as Arroz con Gandules.  The aspirations and the struggles on this island mirror those across America.

From there President Obama motorcaded thru the streets of San Juan where thousands of spectators lined the streets en route to La Fortaleza for a private tour and meeting with Governor Fortuño, First Lady Luce Vela and Resident Commissioner Pierluisi.  La Fortaleza, a UNESCO heritage site, was built in 1533 and it is the oldest executive mansion in the western hemisphere. 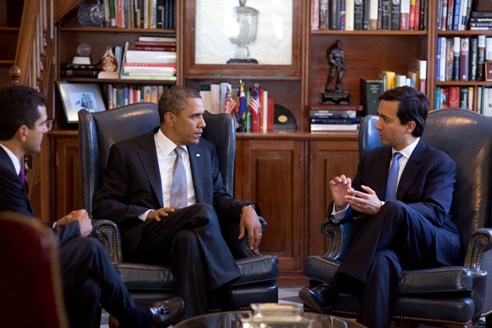 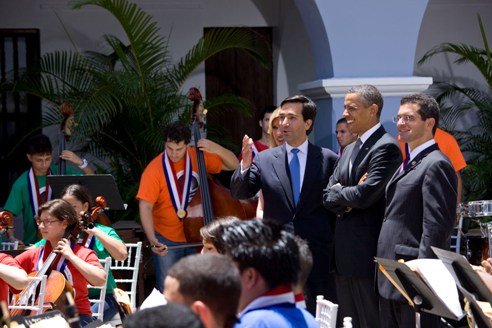 Following the tour the motorcade then navigated the narrow cobblestone streets of Old San Juan to the Ocean Park neighborhood of San Juan to La Kasalta Bakery. President Obama asked local Senator Alejandro Garcia Padilla to take him to a local spot where he could meet with the people of Puerto Rico and a get some local flavor.  After shocking local patrons during their lunch, Senator Garcia Padilla and the President ordered a Medianoche, a traditional sandwich made of roast ham, pork, mustard, swiss cheese, pickles served on sweet bread. 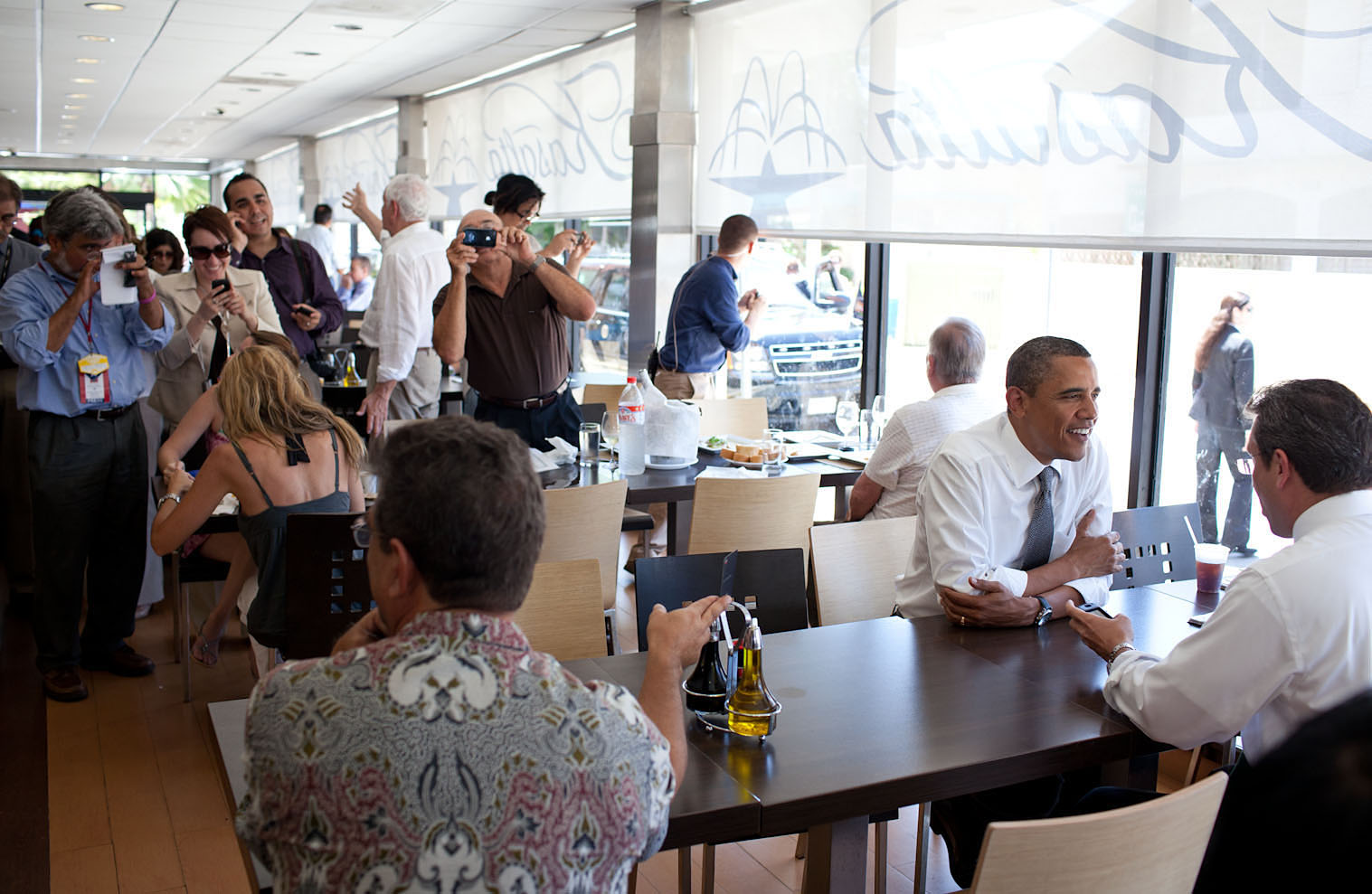 So in all, while the President’s visit yesterday is one for the history books, it is really a signal of how this Administration sees Puerto Rico as a critical piece of where our country needs to go in order to win the future.  Today, members of the President’s Administration stayed behind to lead an economic summit with Puerto Rican leaders to continue the dialogue about how the federal government can bolster the economic recovery of the island.  Our work continues.